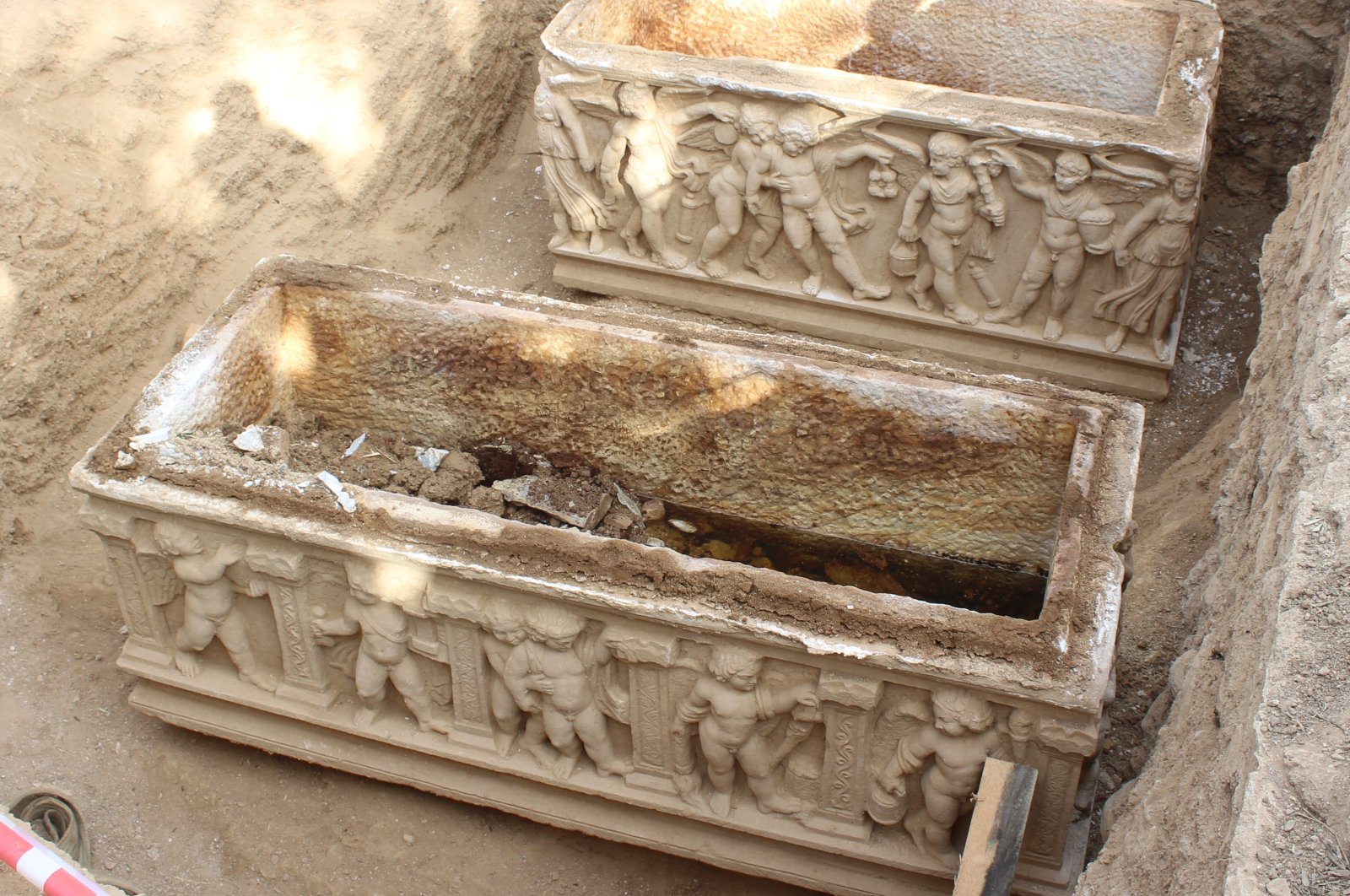 The excavation is being carried out by the Ministry of Culture and Tourism under the supervision of Aygün Ekin Meriç, an academic at the Archeology Department of Dokuz Eylül University in western Izmir province.

Meriç said the necropolis was extensively used during the second and third centuries, and that they have found six sarcophagi in total in the region to date with the addition of the two recent findings.

Unique chamber tombs dating back to the third century were also discovered, he said, noting how spectacular the two newly discovered sarcophagi are. The box-like funeral receptacles are embossed with imagery of Eros, the God of love in Greek mythology.

The Turkish academic said the sarcophagi will be exhibited at Iznik's archeology museum, which is currently under construction.

Several sarcophagi have been found in illegal digs at the excavation site since 1989, he said, adding that the area was publicized in 2018. According to Meriç, scientific excavation operations were launched a year later and it was discovered that the entire structure is part of a basilica.