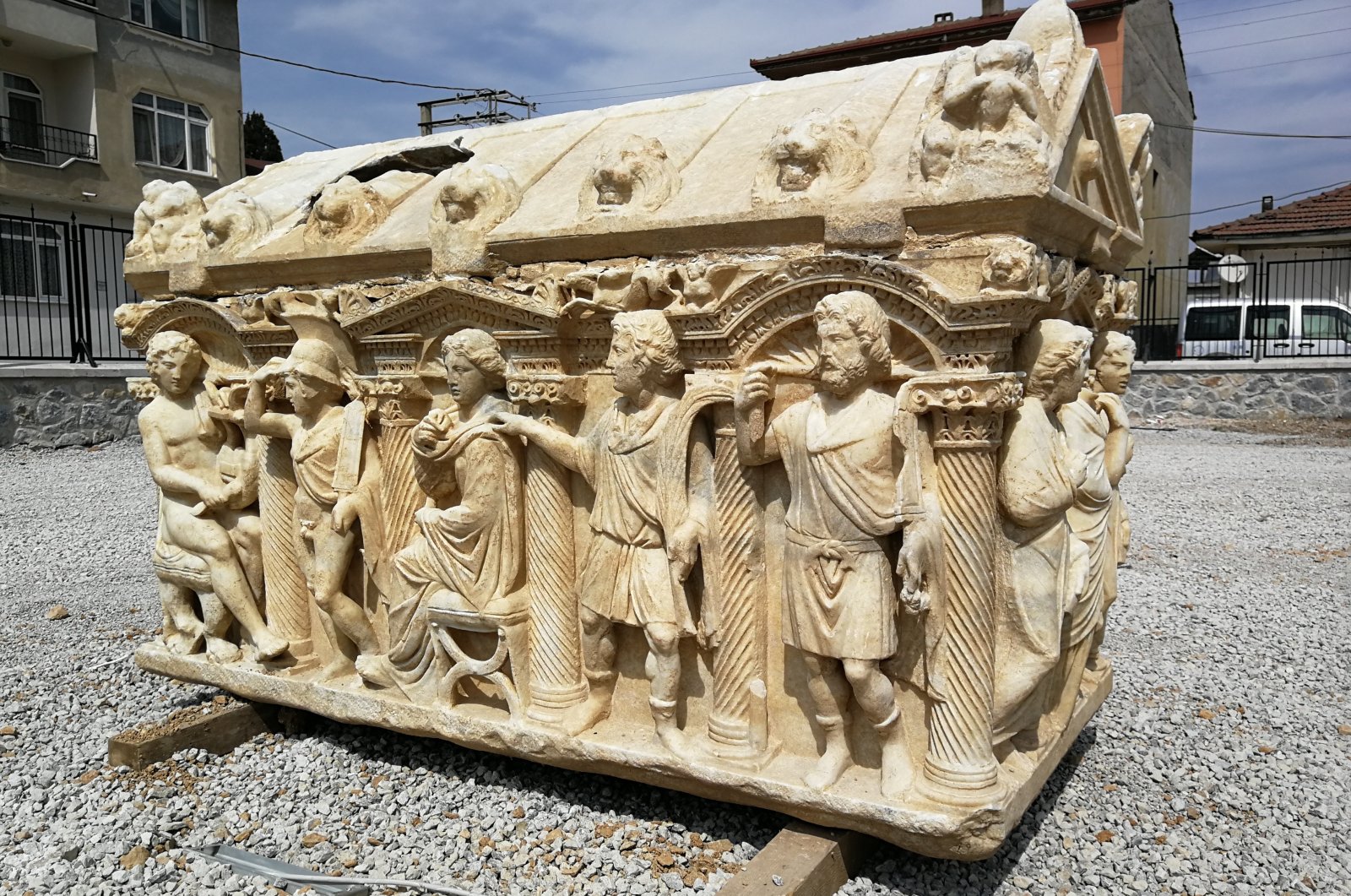 Turkey is home to many an ancient historical artifact and sarcophagi, though maybe not the most prominent or important, certainly have their own unique enchantments that can withstand the test of time for thousands of years. The ancient sarcophagi gathered together from across Turkey and exhibited in Bursa's Iznik district are of special importance in this manner, as their spells created by the original artists tell the stories of nobility, attracting many a visitor.

According to the status of the ancient person who died – the life of the deceased, their wars and mythological figures usually adorn the sarcophagi in engravings. These engravings fascinate those who see them. Many sarcophagi that shed light on the past, are exhibited at the Bursa Iznik Museum.

Art historian Doğan Özgün Kolaç noted that burial traditions have always attracted people regardless of era. "When we look at the ancient world, we see that burials were carried out within some framework. There are three types of burial traditions in the Ancient Roman period. One is cremation, another is burial as a whole and the other is the mummification method we know from ancient Egypt,” he said.

Kolaç pointed out that the burial customs and the shapes on the sarcophagi also determined the social status of the person. "The burial customs of the poor and the rich are different. Poor people are usually cremated and put in a box and the process is completed. We know that rich people are put in a sarcophagus even if they are cremated."

Kolaç also touched upon the figures on the sarcophagi. "The wars in which the person lying in the sarcophagus participated, and his social and economic status are engraved on marble. Sometimes we can see mythological scenes in the sarcophagi. When we look at the sarcophagi in the Iznik Museum, we see that the design is generally similar," he said.

"We see that some of them are broken, some are flat, some are decorated with garlands, some are in low relief and some are in high relief. These are the types of sarcophagi that are constantly encountered," he added.

"We can say the following about the Iznik sarcophagi: Since Iznik was a very important place in the past, we know that its sarcophagi are precious. Because we know that there are statesmen, commanders, noble people."

The reason that Iznik, known as Nicaea in ancient times, possessed such significance was that it played many roles in various historical events. For example, it was the site of the First and Second Councils of Nicaea, in which Christian bishops made important decisions regarding their religion.

The historical Greek city was also the capital of the Empire of Nicaea following the Fourth Crusade in 1204, and it maintained its status until the recapture of Constantinople by the Byzantines in 1261.

Kolaç noted that along with the death of someone of high social status came long, hard work and preparation to create their sarcophagus.