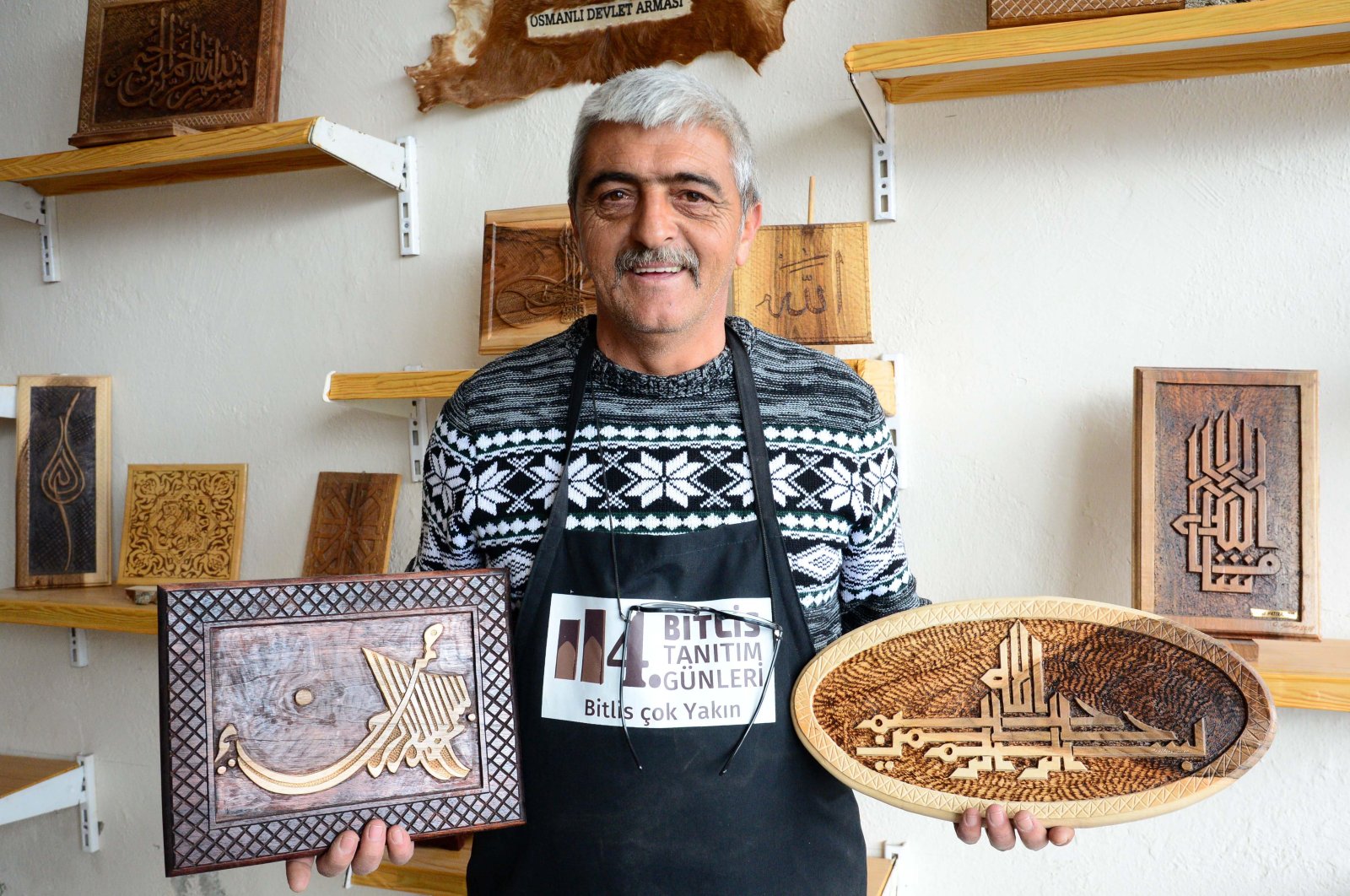 In this undated photo, Osman Gülsar poses with some of his works at his workshop in Bitlis, Turkey. (AA Photo)
by Anadolu Agency Apr 08, 2020 10:33 am
Edited By Irem Yaşar
RECOMMENDED

Engraving expert Osman Gülsar, who lives in the Ahlat district of Bitlis province in eastern Turkey, has been carving the texts of renowned calligraphers and Seljuk-Ottoman motifs on walnut wooden boards for 30 years. Gülsar was first inspired to go into the craft by his carpenter grandfather, later opening a workshop for himself to hone in on his craft. He has been keeping the art of engraving alive ever since,

The diligent artisan opens his workshop at the first light of the day, setting about the delicate art of carving motifs and inscriptions taken from Seljuk tombstones and gonbads, a spherical dome typical in traditional Persian-influenced architecture.

The craftsman sends the finished products of this pain-staking work to clients and customers stretching across all four corners of Turkey. Claiming that he developed his skills all thanks to his own efforts, Gülsar told Anadolu Agency (AA) that the wood he uses is taken from felled walnut trees that have completed their natural lives.

As he has never received proper training from a master, Gülsar has had to involve himself in careful studies of this subject. “Luckily, I've come out as the one best able to carry out this craft. I also teach the craft as a qualified instructor," he said.

Speaking of the motifs found on Seljuk's tombstones, Gülsar said: “I can carve the seals of 16 sultans. I can even carve tile motifs on wood.” The master engraver has also sent some of his works to President Recep Tayyip Erdoğan, Nationalist Movement Party (MHP) Chairman Devlet Bahçeli and many other deputies to date.