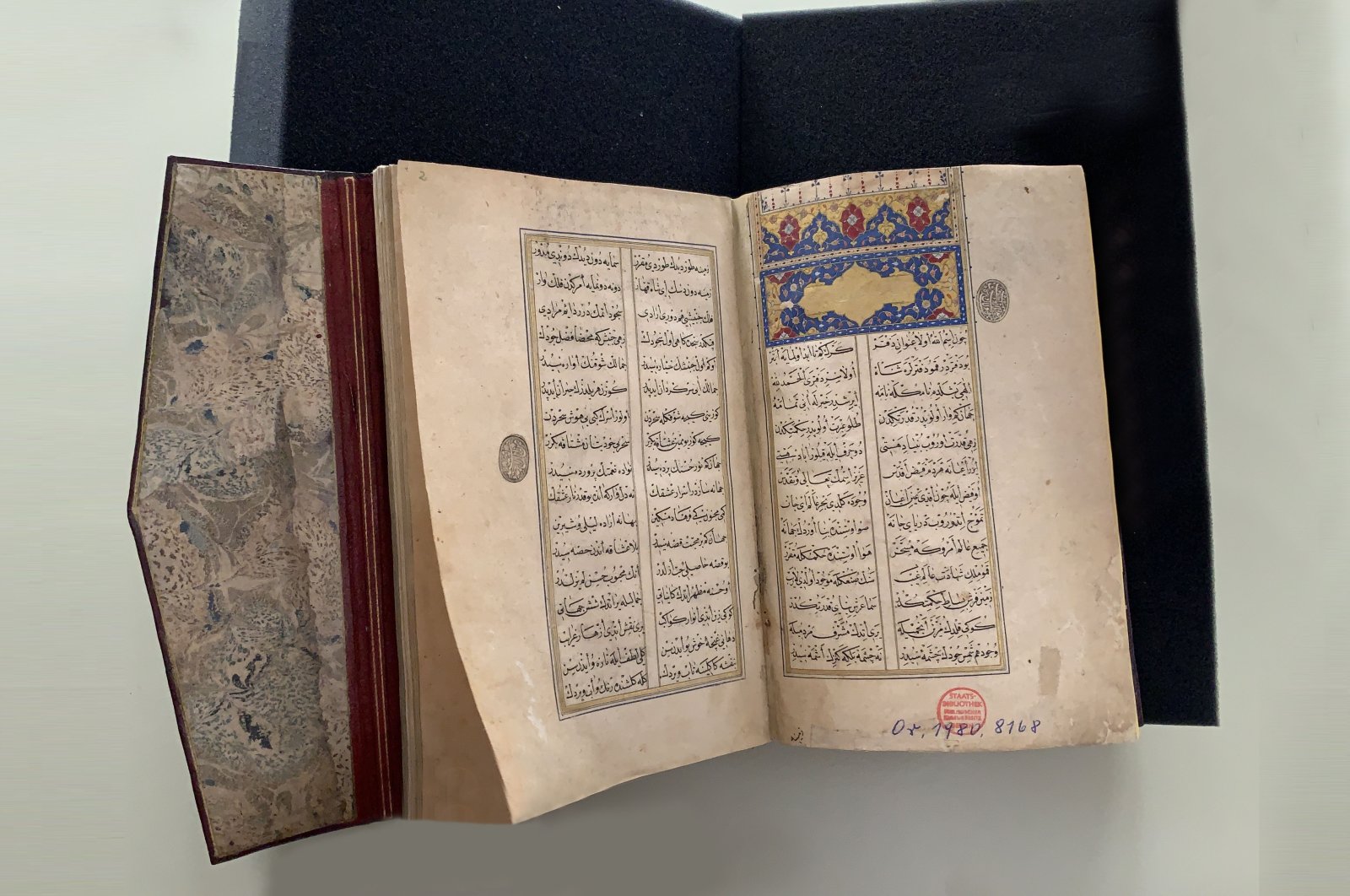 A copy of the masnavi “Layla and Majnun," scripted in Naskh calligraphy by Sheikh Hamdullah (1436-1520), who is considered the founder of the Turkish calligraphy school, has been unveiled in Berlin, Germany.

The original masnavi – which is a poem based on independent, internally rhyming lines – belonged to Sufi poet Hamdullah Hamdi, the younger son of Akshamsaddin, who was the mentor of Sultan Mehmed II, also known as Mehmed the Conqueror. It was later scripted by Sheikh Hamdullah with Naskh calligraphy. This special work was discovered last year as part of research conducted by associate professor Güler Doğan Averbek of Istanbul Medeniyet University, at the Berlin State Library.

In an interview with Anadolu Agency (AA), Averberk said: “These manuscripts are kept in acid-free cardboard boxes. When I turned the first pages of the work, I saw a manuscript meaning ‘Leyla and Majnun with the script of the Sheikh.' Art historians of calligraphy know that if ‘Sheikh script’ is written on a work, it is the script of Sheikh Hamdullah, not anyone else.”

Expressing great excitement to have found the script, she stated that it was confirmed that the artifact was scripted by Sheikh Hamdullah in surveys conducted by Turkish calligraphy expert and professor Uğur Derman. Calligrapher Mehmet Özçay detected that the script was at the level of the works by Sheikh Hamdullah in terms of its technical characteristics, which also confirms the results of Derman’s survey.

Pointing out that Sheikh Hamdullah is the founder of the Turkish calligraphy school, Averberk noted: “He is a 15th-century calligrapher and a very important figure. Other great figures who were raised later were calligraphers who followed in his footsteps.”

Indicating that Sheikh Hamdullah scripted a large number of mushafs, or written copies of the Quran, and Arabic works, Averberk said: “We did not know he scripted a literary Turkish work. From this point of view, this ‘Layla and Majnun’ work is very valuable.”

Emphasizing the importance of the artifact coming to light, Averberk continued: “This year is the 500th anniversary of Sheikh Hamdullah's death. We could not bring the physical manuscript to Istanbul, but a facsimile of it has been released this month by the Manuscript Institution of Turkey. Therefore, those who wish will be able to see the work, even if it is a facsimile. I am happy to be instrumental in achievements in our art history.”