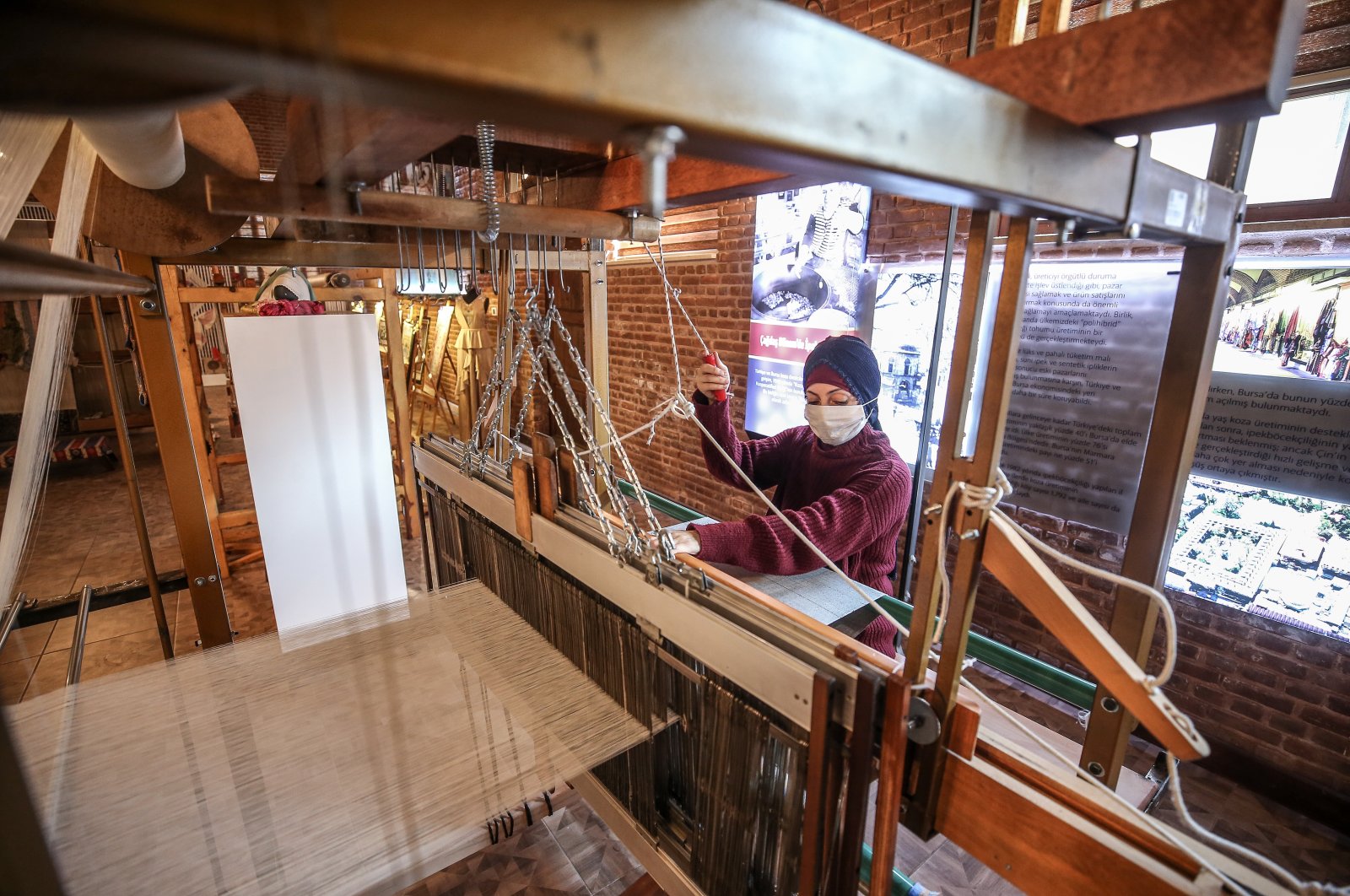 In a silk center in the northwestern city of Bursa, crafters weave spellbinding silk fabrics featuring historical motifs with a special Ottoman loom reconstructed according to a traditional design.

The Umurbey Silk Production and Design Center, which was built in the 1800s in Bursa, has regained its former glory after restoration carried out by the Bursa Metropolitan Municipality six years ago. In the center, which focuses on silk fabric production with traditional methods, a loom similar to the traditional "dobby jacquard" weaving loom was built according to its original design. After the construction of the loom, work began to produce silk fabrics of the Ottoman period with traditional motifs. Some 1,000 meters of fabric is woven on a daily basis in the center. The aim is for the fabric to be used in the production of Ottoman kaftans to be displayed in museums.

Speaking to Anadolu Agency (AA), Mehmet Ünal, director of the silk center, said the center ceaselessly continues its activities. Pointing out that silk is of great importance in Bursa, Ünal said that they have trained master weavers in the center. According to Ünal, masters found that the weaving looms were too simple and decided to switch to a dobby weaving system. “With our new loom, we started to produce various difficult patterns. We began to weave patterned fabrics that had been woven during the Ottoman period and were long forgotten. We are striving to look after the ancestral heirloom,” he noted.

Ünal stated that they aim to instill the love of silk in young people, adding: “We do not use electric energy in any of the products we make. They are purely mechanical and handcrafted. We just use electricity for lighting. The raw material that we use in our fabrics is also crucial. We use the silk of Bursa, the world's highest quality raw material. The silk of Bursa has been highly valued for centuries. We will continue to use traditional methods.”