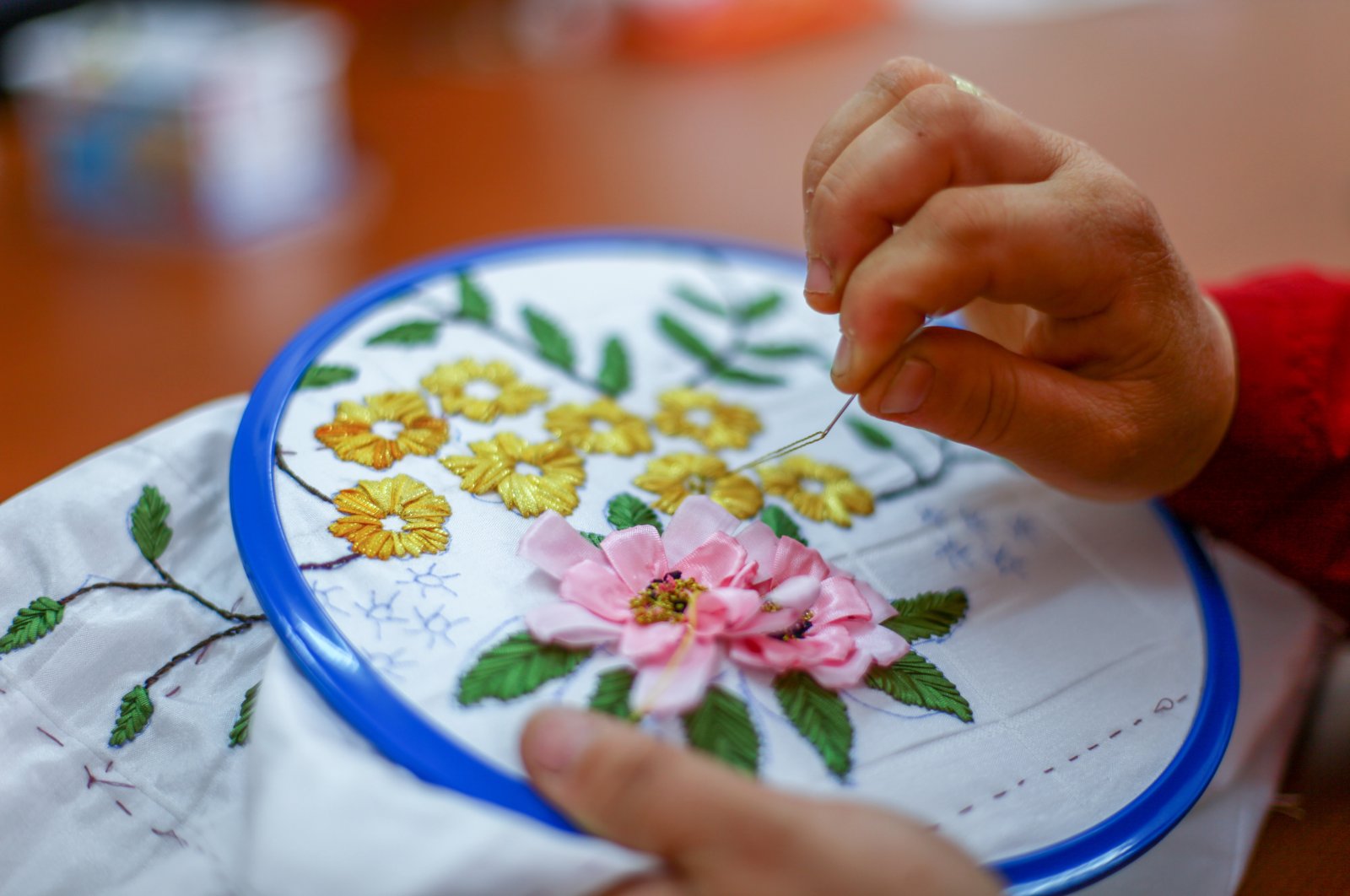 Kashmir and Turkey are world famous for their arts, cuisines, handicrafts, cultures and unique topographies. Kashmir’s embroidery holds one of the most significant places among the region's arts because of the great value originating from its uniqueness and richness. The state has an old and venerable tradition of embroidery and its distinctive features have attracted many people particularly from Western and European countries despite their varying tastes. Like Kashmiris, Turks also hold one of the oldest embroidery traditions from time immemorial. Kashmiri embroidery, which is locally called Kashida or Kashidakari, features some resemblances of famous Turkish embroidery.

The Turks and Kashmiris placed great importance on the decoration of the objects they wore or used, which led to the development of the art of embroidery in both places over the centuries. Almost all types of fabrics such as silk, cotton and polyester are embroidered directly or indirectly through patches in both Turkey and Kashmir. However, the most famous embroidery of Kashmir is applied on shawls. The traditional shawls called pheran or phirans – a loosely stitched garment – are preferably hand-embroidered. For these outfits, Kashmiri artists generally use light colors.

In Turkey, embroidery is applied to a variety of objects, including prayer rugs, shoes, shawls, handkerchiefs, veils, wedding gowns and bedding sets. Turkish artists prefer to use bold and vivid colors like red, blue and green for these decorations, while they also sometimes create picturesque artifacts using soft and pale colors.

The motifs used in Turkish and Kashmiri embroidery arts are richer than the ones used in other handicrafts. There are three common, basic patterns of embroidery in Kashmir. These motifs of almond, lotus and maple leaves are famous locally. But Kashmiris have also adopted a wide variety of designs such as fruits, flowers, birds and architecture such as apples, cherries, lilies, grapes, mangoes, tulips, saffron, sparrows, parrots, woodpeckers and houseboats/boats in modern day and the works produced using these motifs are popularly exported to the world, especially India. Turkey also has an extensive variety of motifs. Among them the main ones are geometric designs, animal figures, floral, fruit patterns such as tulips, cloves, roses and violets, along with houses, tents, boats, mountains and hills.

The basic resemblance between Turkish and Kashmiri embroidery is that both are done manually. The handwork is delicate and time-consuming in the two places' works. Naturally, the works with elaborate embroidery are expensive, but they are ideal for important ceremonies. As a result, the popularity of both places’ embroidery continues to increase.

Between the 16th and 18th centuries, furnishing textile with knotted embroidery called "Turkeywork" was also produced by professional artists in England. The Turkish knots were used in upholstery and table covers and their designs usually featured geometrically stylized flowers.

Today, the internet and social media have made it easy to purchase authentic embroidered products from Turkey and Kasmir. They offer a direct link between local artisans and their customers, helping the art of embroidery flourish in wider markets and fashion industries.