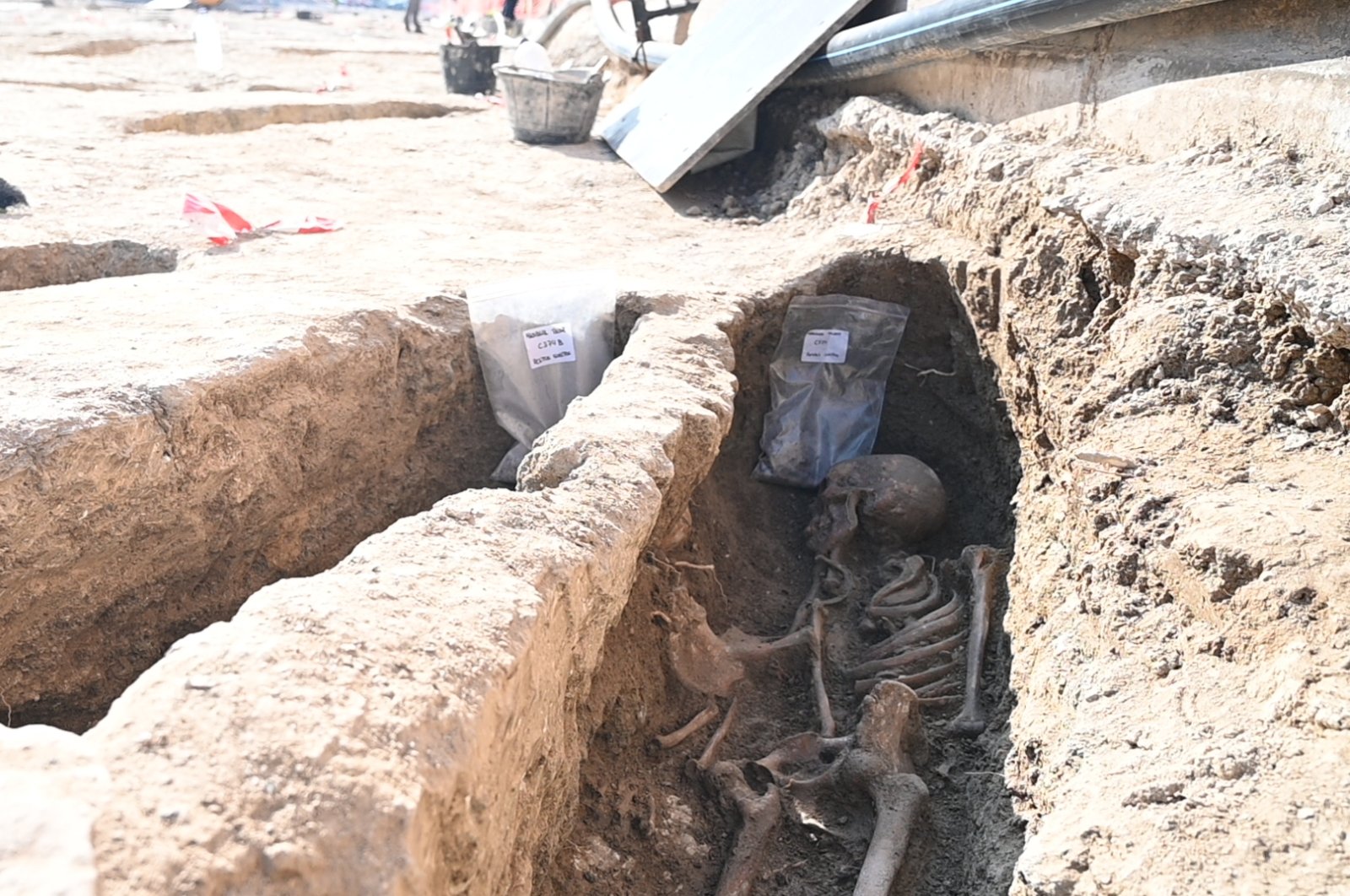 An ancient Islamic necropolis has been discovered in northeastern Spain by archaeologists. To date, some 400 graves have been unearthed in the town of Tauste near Zaragoza city.

Al-Andalus' Islamic period lasted in Spain between the eighth and 11th centuries and its existence is beginning to be better understood as Spanish archaeologists carry out a dig of the area. Since 2010, work on the 20,000-square-meter (215,000-square-foot) area in Tauste has proven that a significant Muslim population lived in the region. The archaeologists stated that they have found over 400 graves, up from 40 in 2012-2013, and this number could reach 4,500 if their research continues.

Speaking to Anadolu Agency (AA), Javier Nunez Arce, head of the Elpatiaz Cultural Association, which is doing the excavations, said they knew there used to be a cemetery in the town but did not know its origins. It immediately became clear, he noted, that the graves belonged to Muslims as the skeletons were facing toward Mecca, in line with Muslim traditions.

Arce also said they learned that the town's Catholic church bell tower in town had been converted from a minaret. "Therefore, it is clear that a Muslim community with a mosque used to live in this town," he continued.

The findings reveal that Tauste was an important settlement for Muslims, Arce noted while adding, "We can see that the Muslim culture and the Islamic presence in this region are more significant than we think."