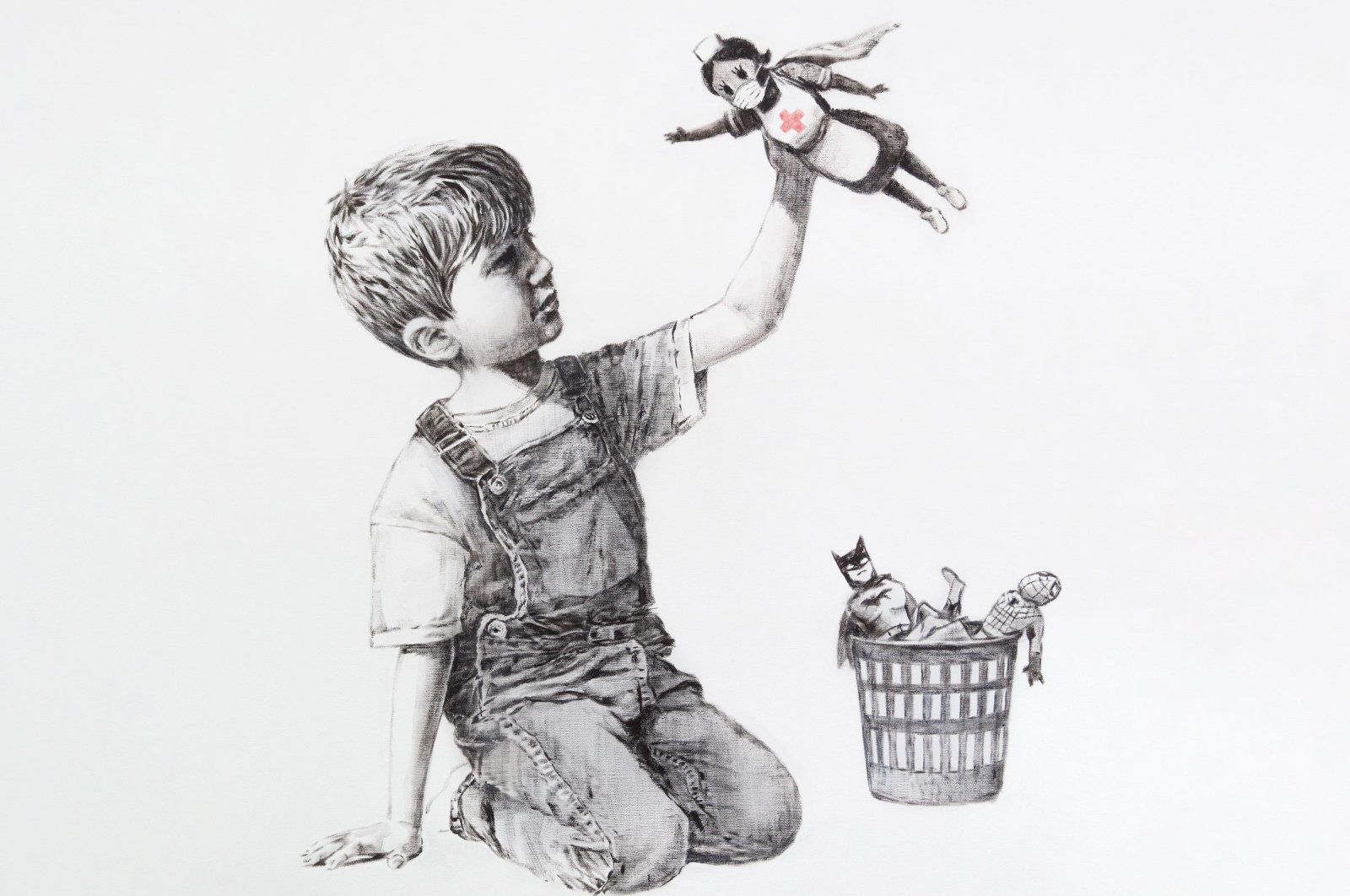 "Game Changer," by street artist Banksy is displayed at Southampton General Hospital as a tribute to health care workers, Southampton, England, May 6, 2020. (İHA Photo)
by German Press Agency - DPA May 07, 2020 11:38 am
RECOMMENDED

Mysterious British artist Banksy has recognized health care workers in a new piece displayed in Southampton General Hospital. The painting, which was published on Banksy's Instagram account Wednesday, was hung as a tribute to the hospital's workers tackling the coronavirus pandemic.

The artwork depicts a small boy dressed in a T-shirt and overalls kneeling next to a bin. He has replaced his usual toy superheroes, Batman and Superman, which lay discarded in the bin for a different hero – a nurse.

Like Superman, the nurse stretches out her hand – and wears a face mask, cape and an apron with a red cross, the only colored element in the otherwise black-and-white painting.

According to the BBC, the artist left a note addressed to the hospital that said: "Thanks for all you're doing. I hope this brightens the place up a bit, even if its only black and white."

The 1-square-meter painting, named "Game Changer," will remain in the hospital until autumn and will then be auctioned, the BBC reported. The proceeds will go to the National Health Service (NHS).

The BBC reported the hospital's manager, Paula Head, said everyone in the hospital appreciated the painting.

"It will undoubtedly also boost the morale of everyone who works in our hospital and who is cared for," Head said.

The anonymous artist rose to fame after creating a series of provocative art pieces throughout England. His famed graffiti-style street art, which often denotes socially critical and controversial motifs, has had him dubbed as a vandal by authorities.