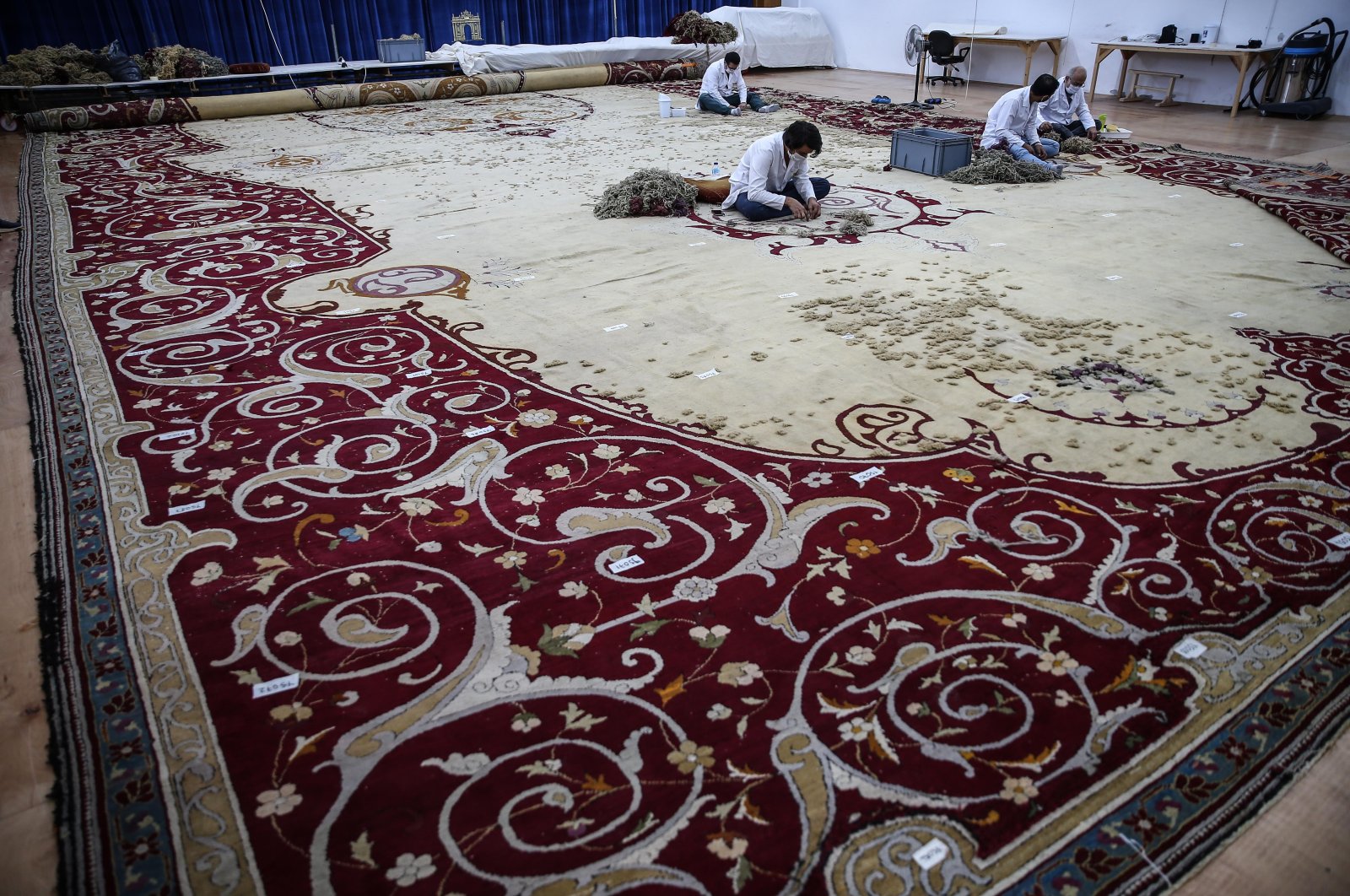 The restoration of the 123-year-old Hereke carpet which was woven in 1897 on the order of Ottoman Sultan Abdülhamid II is being completed by the Directorate of National Palaces. Some 70% of the work has been completed on the historical carpet, which is normally located in the Ceremony Hall No. 1 of Yıldız Chalet Kiosk, one of the structures that constitute Yıldız Palace in Istanbul.

The carpet is 29 meters long and 14.5 meters wide (95 feet long and 47.5 feet wide). It was woven at the renowned Hereke Carpet and Silk Fabric Factory in northwestern Kocaeli province for the visit of the German Emperor Wilhelm II. It is a medallion carpet with three centerpieces that are arranged to match the positioning of the chandeliers hanging on the ceiling. The largest of the centerpieces is in an oval shape, in the middle of the carpet, while the other, smaller ones are circular. The restoration of the historical carpet, which weighs 3 tons and is “the largest one-piece weave in Turkey," is being carried out by a team of eight people in rotating shifts due to the coronavirus outbreak.

Finally, smoothing and retouching will be applied to the carpet. The restoration work is estimated to be completed in the coming four months. The restored carpet will then be ready to be laid down again in the ceremonial hall where it belongs.

Mustafa Köksal, director of the Carpet Workshop of the National Palaces, said they are restoring the carpet, which has witnessed over a century of history, to its original state. Köksal said they decided to remove the carpet and restore it in 2018.

“We rolled the carpet inside. We protected it with a special tarp. With a team of 50 people, we put it onto a platform through the window, took it out of the hall with a wire rope between two cranes and transported it with a truck. We first washed it and then dried it. The hall it is currently in was normally a conference hall but the interior was specially designed for this carpet. We can say that 70% of the restoration has been completed," Köksal said.