Sun Goddess of Arinna goes on display in Turkey's Izmir 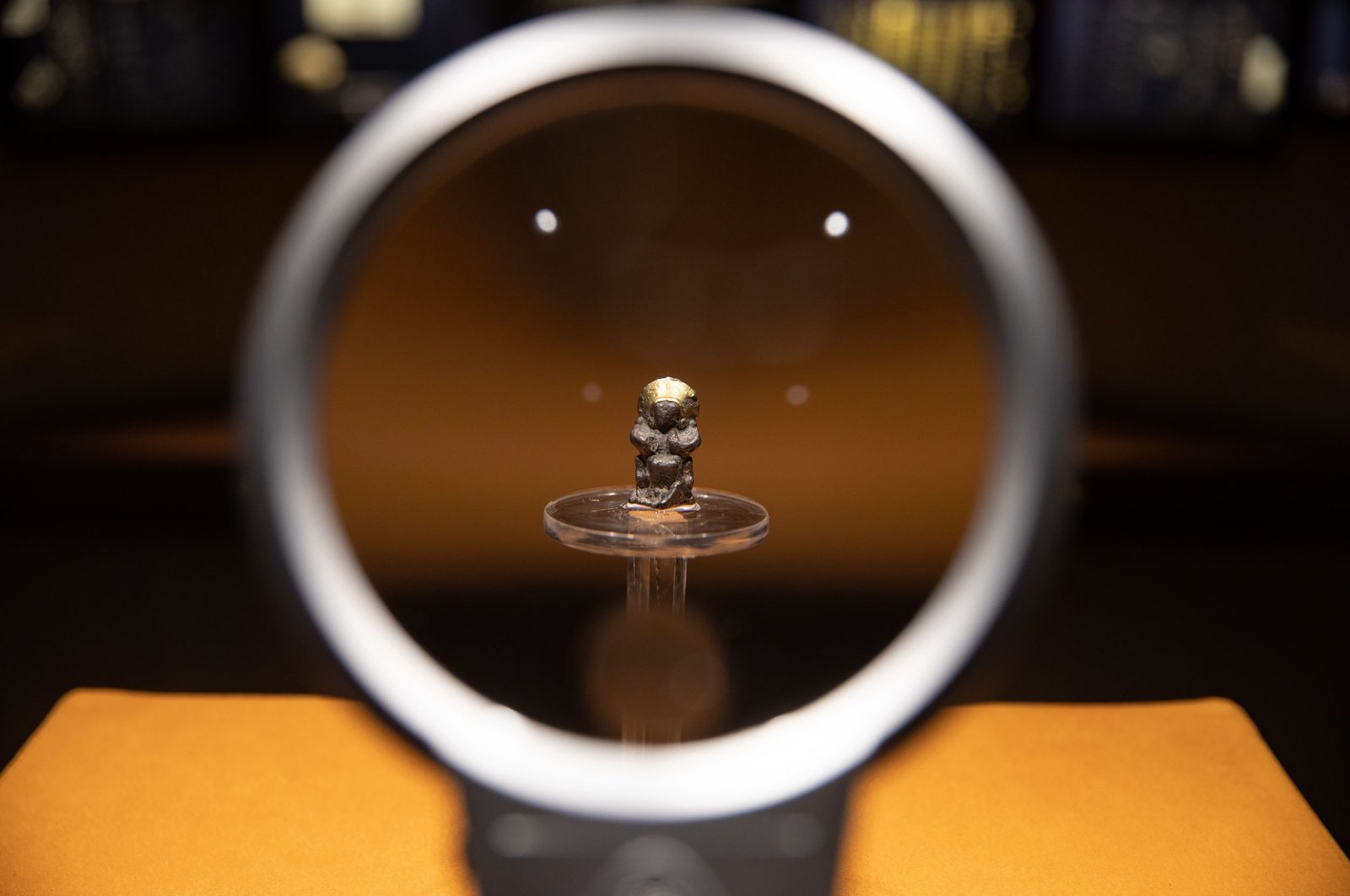 An ancient statuette made from gold and silver that was rescued by Turkish police from historical artifact smugglers in 2015 is on display at a museum in a western Turkish province.

The 3,500-year-old Sun Goddess of Arinna statuette is displayed at Izmir Archaeology Museum.

The 2.7-centimeter (1-inch) statuette is of great importance to the Hittites who are known as the "People of a Thousand Gods." It symbolizes the mother goddess of a city.

It was rescued from smugglers in the Çiğli district of Izmir by teams with the Izmir Police Department Smuggling and Organized Crime Branch.

The figurine, which was delivered to the Izmir Archaeology Museum, was revealed from the museum's warehouse as a project by the Turkish Ministry of Culture and Tourism.

The figurine, with a halo-shaped head, cut from a thin plate of a mixture of gold and silver, and sitting on a throne with lion-clawed armrests and feet, welcomes visitors to the special treasure room at the museum.

A similar statue, "Seated goddess with a child," was taken from Anatolia, the Turkish heartland, to the U.S. and exhibited at the New York Metropolitan Museum of Art.

Director of Izmir Archaeology Museum Hunkar Keser told Anadolu Agency (AA) that only 5% of the 180,000 artifacts in the museum could be exhibited because many valuable items are preserved in the warehouse.

"We still see the traces of the Sun Goddess of Arinna, a cult belonging to ancient Anatolia, with the names Hepat, Kubaba and later Kybele," he said.

According to Keser, the radiant crowns on the goddess statues, even though their names are different, are apparently reminiscent of the sun goddess features in the ancient Greek and Roman civilizations. "When it comes to the Byzantine period, the light on the head of the Virgin Mary will turn into halos."

He linked the Statue of Liberty in the U.S. to the Sun Goddess of Arinna. Keser stressed that the value of the figurine, which is believed to protect people against evil and bad thoughts, is priceless.

Noting that the artifact was brought to the museum as a result of the careful work of the police, not through excavations, Keser said: "Maybe we would not have seen this artifact without the surveillance and secret operation of the police."

As part of the Turkish Culture and Tourism Ministry project, ceremonial vessels from the Archaic period will also be exhibited in April.

In May, the museum will display the Kilia Type Idol-Stargazer from the Middle Chalcolithic period.

The June guest of the project will be the Temple Model of Artemis from the Hellenistic period, while the July guest will be bronze strigil (cleaning spoon) from the same period.