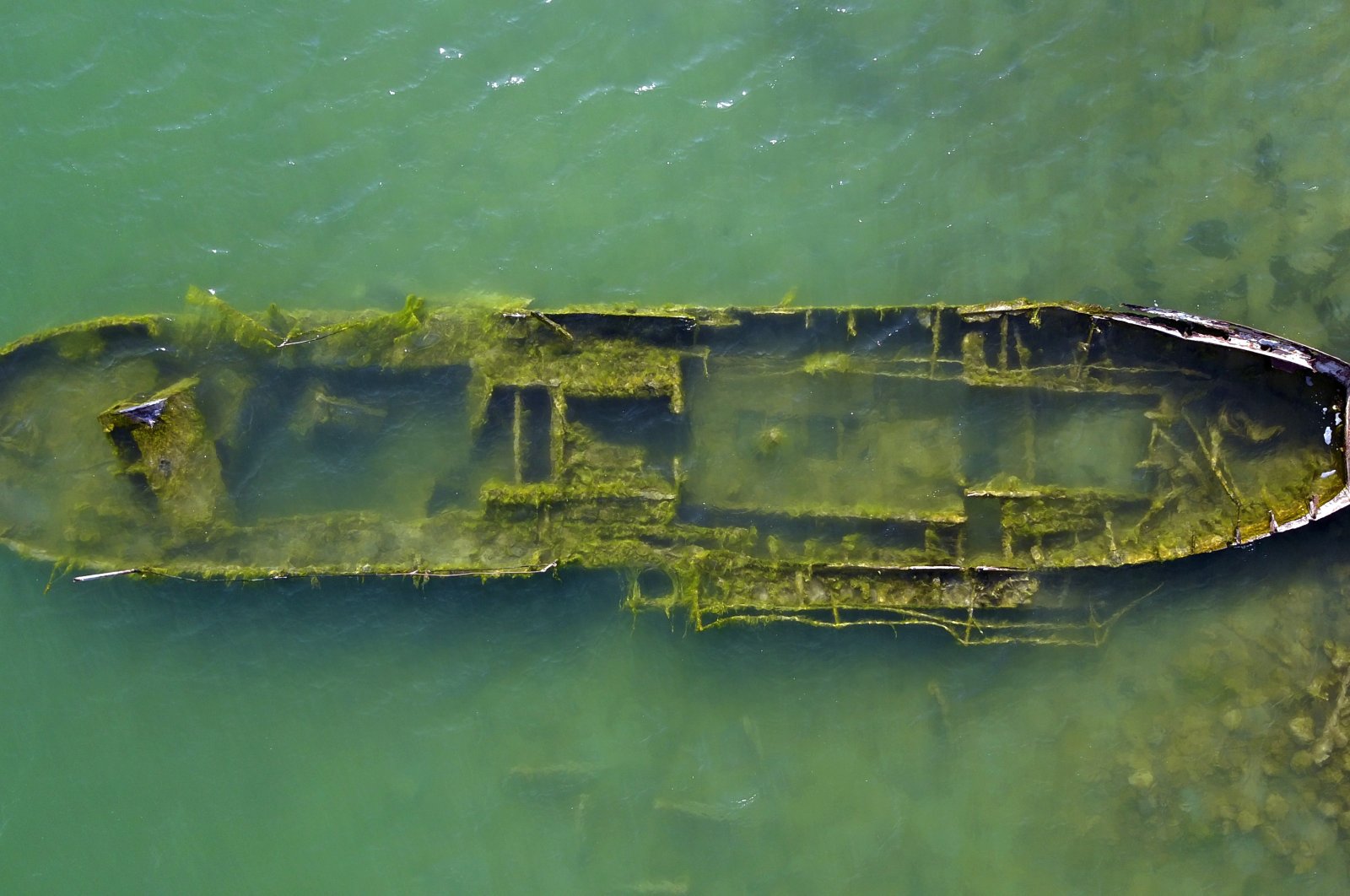 As the waters of Lake Van, Turkey's largest lake located in the eponymous eastern province, have been receding recently, many historical artifacts have been revealed. Among the latest findings in the lake are the remains of a ship that sank many years ago.

Mustafa Akkuş, a faculty member at Van Yüzüncü Yıl University, said that some underwater structures have emerged as the increasing effects of global warming caused the water levels of the lake to change over time. The revealed historical artifacts include graves, castle walls and several stones engraved with motifs dating back to the Seljuk and Ottoman empires.

Photography enthusiasts and locals have begun coming to the region to view the lake and take pictures, particularly of the recently unearthed vessel. Akkuş said Lake Van has always been a preferred destination for civilizations throughout history and a crossroads between the East and West.

Akkuş stated that three enormous ships were built by the Russians in the early 1900s, and one of them, known as Akdamar, was previously discovered in the lake. The ship that came to light also has similar characteristics to the Akdamar, according to Akkuş.

"We see that the shape, construction and riveting technique are the same. Divers had the chance to view it underwater before, but the sunken ship has now surfaced with the receding lake water," Akkuş told Anadolu Agency (AA).

Yüksel Zorlu, the Muradiye district director of education, said they have photographed the sunken ship. “We can see that the engine parts and many other pieces are still intact in the ship. This is very important for our district. The ship could only be seen by divers before; now every citizen can observe it. We welcome anyone curious to our district,” Zorlu said.