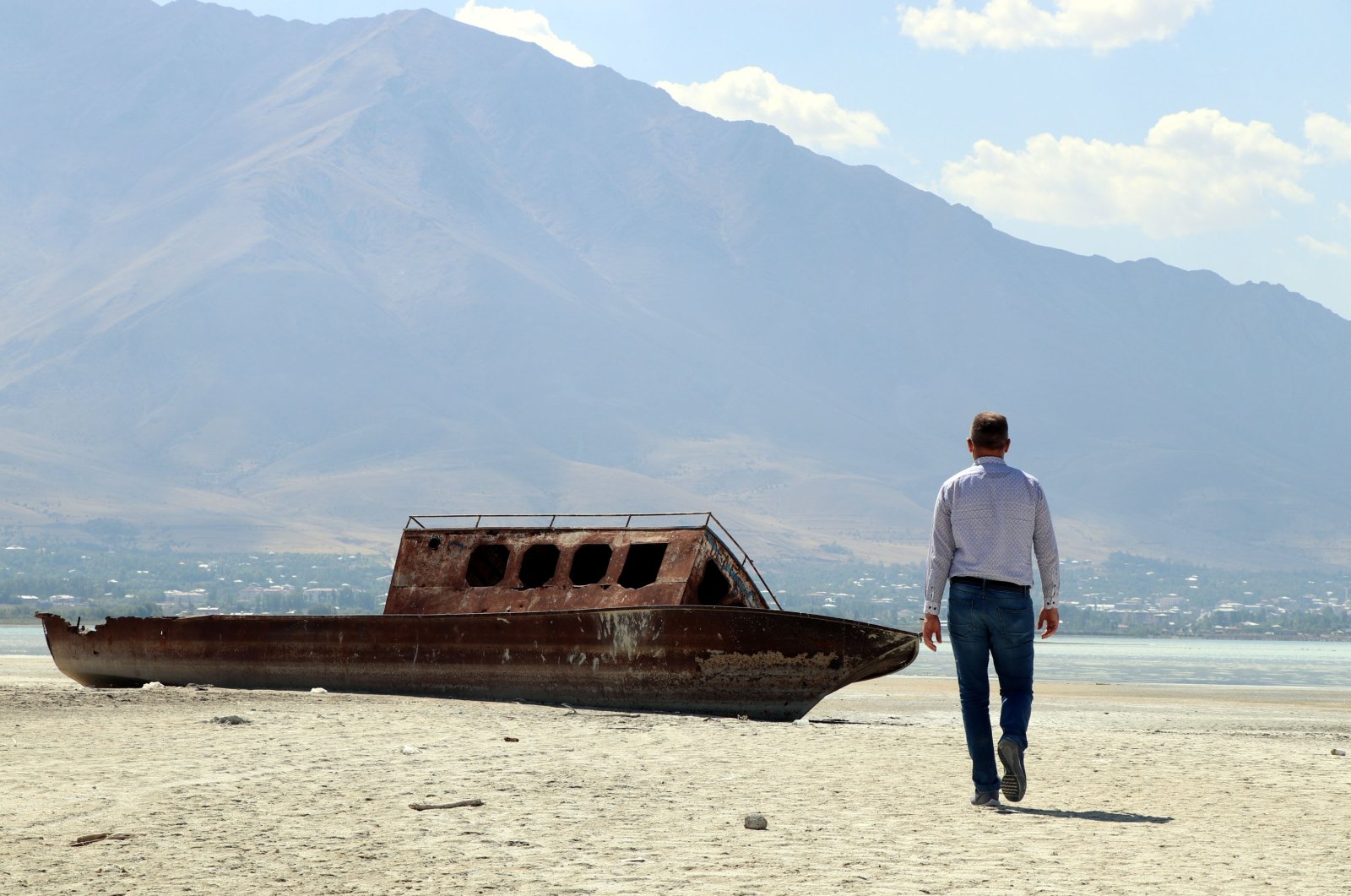 The shoreline of Turkey’s largest lake has begun a steady retreat, and scientists warn that the annual replenishing precipitation will no longer maintain the basin’s water levels as global warming impacts the water cycle.

Lake Van, located in Turkey's eastern Van and Bitlis provinces, saw its shoreline retreat by more than 200 meters (220 yards) in some areas this year. An old fishing boat, like a specter of the times, emerged from the evaporating lake and now rests upon the dry shore in the Edremit district of Van.

Locals, particularly those who earn their living from agriculture and animal husbandry, have been alarmed by the ever-falling levels in the lake – and for good reason.

“In the long term, Lake Van is under serious threat,” Faruk Alaeddinoğlu, a geography professor at Van Yüzüncü Yıl University, told Demirören News Agency (DHA). “Maybe you won't see this as a serious threat for 20 years. But for many years, this place will, unfortunately, lose water levels constantly.”

“In the past, rainfall started in October, in the autumn, and intensified until the winter months. But it is not like that now,” he said, explaining that the rains now begin in winter and spring. Furthermore, the snow that used to feed the lake upon slow-melting now precipitate as heavy rains.

Alaeddinoğlu said the problem is not actually a change in rainfall levels, but the timing of the rainfall and a significant increase in the rate of evaporation.

He said that although the rising and falling cycles of the water levels in the lake have been normal in years of drought or higher rainfall, in the future, the trend will be a steady decrease in water levels.

“Every 20-30 years, the level of the lake has taken a downward trend. In the short term, there will be decreases and increases in lakes,” he said.

“But here, in a period of 50-100 years, the lake’s water will be constantly on the downward trend,” Alaeddinoğlu said, noting that the ratio of the decreases in water levels has increased significantly. “This is not just an issue here. Different situations (like this) are happening in different parts of the world.”

Alaeddinoğlu stressed that this decrease in water levels negatively affects human life as well as plant and animal life around the basin. Global warming and the evaporation of the lake’s water change the chemical and biological makeup of the lake, he explained.

“This actually poses a threat not for Lake Van but for all settled areas in the basin, because evaporation is not just related to the disappearance or loss of the water level in Lake Van. It also threatens the drinking and utility water of the people living in this basin,” he warned.

Alaeddinoğlu said the changes brought about by global warming affect all the oceans and seas, and particularly closed lake basins in which waters do not flow into or out of the sea.

“The century we are in now will be a century in which we will see this problem in the most concrete way and face consequences that will somehow make the world less livable. The world is getting warmer day by day, and due to this warming, the ecological balance of the world is seriously affected,” he said.