Surgeons of history recover artifacts with gentle touches in Izmir 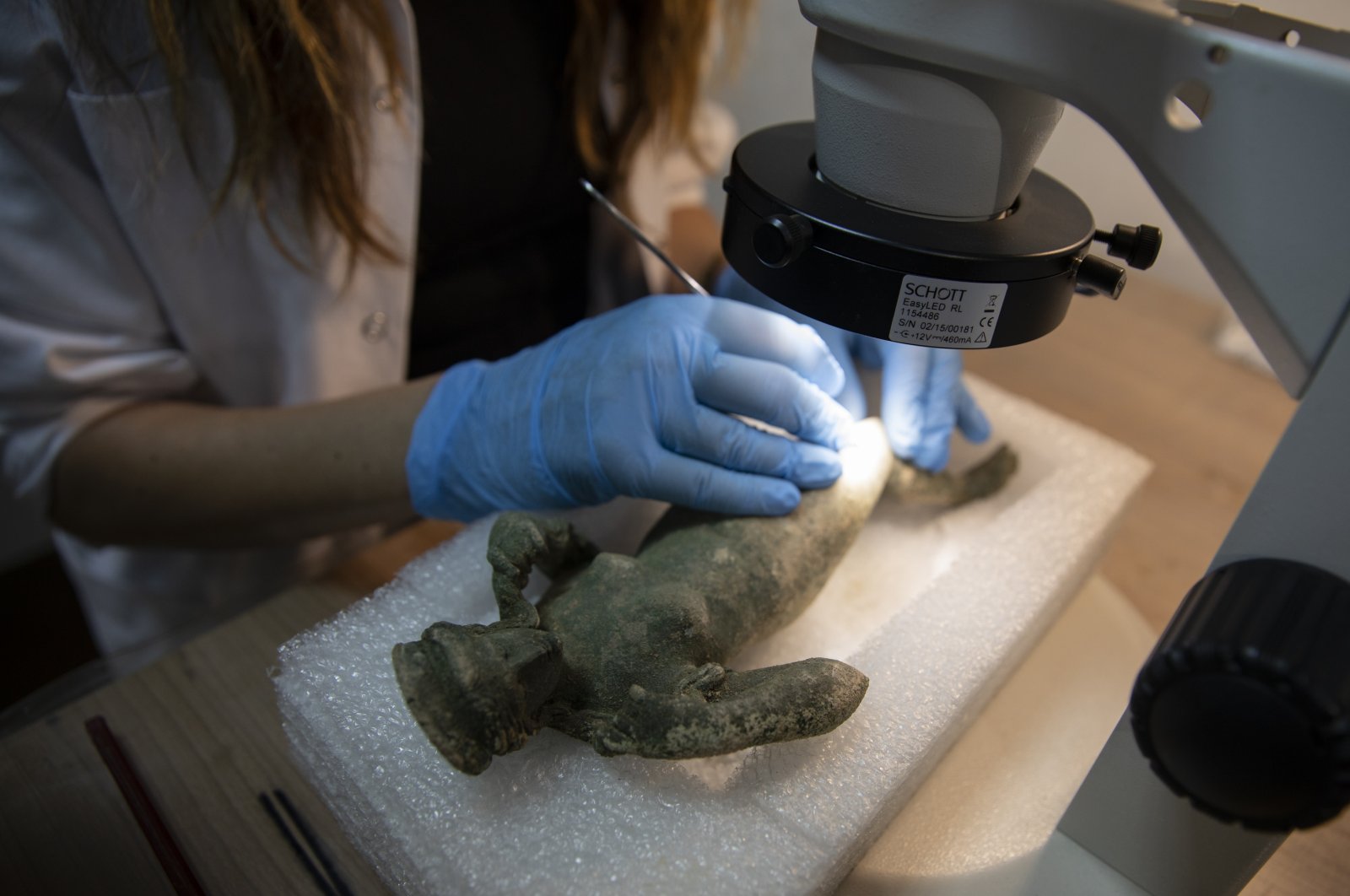 Experts at the Izmir Restoration and Conservation Regional Laboratory work with surgical precision around the clock to help preserve countless historical artifacts for future generations.

The technicians at the regional directorate initially work by identifying the source of the items uncovered across the Aegean provinces of Aydın, Denizli, Izmir, Manisa, Muğla and Uşak.

The team then photographs and documents the finds before deciding what work might be necessary for proper restoration and conservation. They then attempt to bring the artifacts back to their original state with gentle touches using tools only found elsewhere in medical operating rooms. Every stage of this process is recorded.

After a process that sometimes takes years, the artifacts are sent to museums to go on display. An average of 2,000 artifacts per year go through this delicate process at the Izmir directorate, which houses one of the country's 10 restoration laboratories.

Regional Director Çağlar Çakır said that the lab worked hand-in-hand with 31 national museums. Pointing to the sensitivity of their task, Çakır noted: “We try to work using a minimal amount of mechanical intervention. If necessary, we generally use devices used in (medical) operating rooms to protect, repair and maintain items.”

Çakır, who has previously worked in the field in the Mediterranean province of Antalya, stated that: “During excavations at the ancient city of Perge, I was involved in the restoration and conservation of a statue of Roman Emperor Caracalla. It is the only complete Caracalla statue in the world. It is a very large and imposing work, currently on display at Istanbul Airport. The restoration of this work took approximately three months – or seven months if we include documentation works.”

Deputy Regional Director Duygu Oyan noted that Izmir had amassed a large number of artifacts dating back from the Neolithic era all the way up to the Republican period.

Emphasizing that restoration involved teamwork in the strictest sense, Oyan noted that the laboratory employed experts from various backgrounds, including architects and chemists.