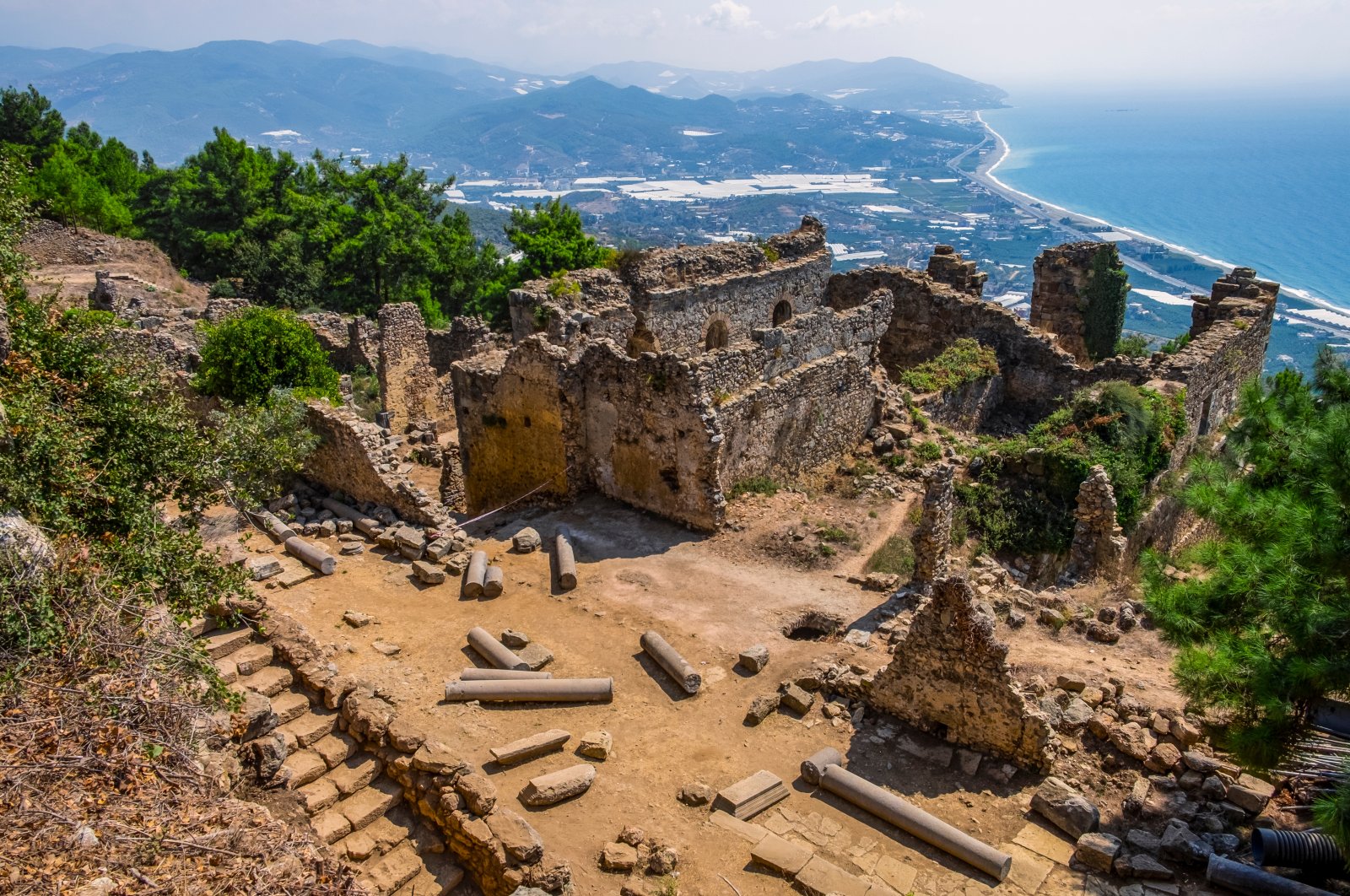 Syedra, which offers beautiful panoramic views of the Mediterranean coast, is a lesser-known ancient city in Antalya. Let's discover the history and archaeology of the ancient city

Visiting an ancient city is like embarking on a mystical journey into the past. People follow what history tells them through ruins that stood tall with all their former glory during these visits. They try to relive the past by walking on the streets where the turmoil of daily life was once experienced. Therefore, it is as if they are both in the present moment and the city's time during the ancient city tours.

One of the ancient cities to which you can pay a mystical and romantic visit in Turkey is Syedra. The historic port city, in the region of ancient Cilicia, welcomes visitors on the slope of the Taurus Mountains along the Mediterranean.

It is generally not possible to provide an exact establishment date for ancient cities. Similarly, the exact date of establishment of Syedra is not known. However, the information obtained in the archaeological studies on the site, which started in 1994, and the inscriptions of the city indicate that the settlement dates back to the middle of the Hellenistic period.

In the ancient sources, there is not much information about the city of Syedra. The Greek historian and geographer Strabo did not mention Syedra while talking about the Cilicia region. The precise information about the history of the city is that the name of the city, which was called “Syedreon” in ancient times, appeared on the coins minted during the reign of Roman Emperor Tiberius. Coins continued to be minted until the reign of Emperor Gallienus.

Another certain information about the history of the city is that it constantly had to battle the pirates. With the increasing importance of maritime trade in the Mediterranean, looting and pirate activities were increased in the past, and the region of Syedra was among the most affected areas.

Especially the geographical features of the Cilicia region provided a great advantage to the pirates. Due to the rough nature of the mountains and the intricate nature of the coastline, pirates were operating in the region comfortably. The pirate attacks were so severe that the people of Syedra went to the temple of Apollo in Claros, the oldest center of prophecy in the world located within the borders of Ionia, and consulted the oracles on what to do. The oracles told them to erect a statue of Ares in the city square. This statue had to be chained by Hermes and the goddess Dike should stand judging him. According to the prophecy, with Ares imprisoned in this way, the ancient city can triumph over the pirates. The prophecy also emphasized that the people should continue with their struggle against pirates. The emergence of the ancient city of Syedra on the stage of history coincides with the times of pirate attacks.

While Syedra was located in the westernmost of the region called Cilicia in ancient times, today this region is within the borders of Seki village of Alanya district of southern Antalya province. The Cilicia region is surrounded by the Taurus Mountains in the north and extends from Alanya to the Kinet mound in the east. Strabo divided the region into two well-watered plain and mountainous, rough Cilicia. The mountainous part stretches from Mersin to Alanya. The plain part, on the other hand, covers Mersin and Adana in the region as Çukurova today. This geographical feature of Cilicia, which is at a strategic point due to its location, has also affected Syedra in many ways.

While the coastal areas in the region are warmer due to the rough terrain of the region, where the Mediterranean climate is dominant, the air begins to cool as you climb the Taurus Mountains. It is as if the ancient city of Syedra, leaning its back on the Taurus, takes strength from the mountains and gazes off into the view of the Mediterranean coast.

1) Colonnaded Street: The street,one of the most important features of Syedra has survived to the present day. It starts from the fortification wall to the east of Syedra and extends westward along the 250-meter (820-feet) line. When one walks in the middle of the street, he/she will see a wall with a height of 10 meters. Near the middle of the street, there is also a row of columns, some of which have survived to the present day.

Three large block pedestals stand in situ at the place called S1, located at the east of the colonnaded street. The structures have a monumental quality since they feature an inscription giving information about the history of the city and they are at the entrance of the city. The inscription in Greek has 46 lines and is the letter of thanks of Emperor Septimius Severus to the people of Syedra. Remains of a church with basilica features were also found on the colonnaded street.

Located on the colonnaded street, a large bath is another important historical building that has survived to the present in the ancient city. The remains to the south of the bath are thought to belong to the Gymnasium.

2) Acropolis: Acropolis is the most important site of ancient Greek cities. While the Syedra acropolis is surrounded by walls, it features three structures located side by side. There is also a structure called a "tower" here. The inscription of the prophecy taken from the Claros was found in this tower.

3) Heroon: On the upper terrace on the west of the colonnaded street, another building welcomes visitors. Due to the traces of frescoes on the wall remains, this building is thought to be the heroon, a shrine dedicated to an ancient Greek or Roman hero and used for commemoration or cult worship of the hero.

4) City gates: The west and southwest gates of the city have survived to date and welcome the visitors as important historical structures. While the western gate is one of the strongest structures in the city, it is estimated to be the main gate of the city.

5) Necropolis: There are two necropolises, or a large elaborate cemetery of an ancient city. One is located in the northwest of the city and the other in the south.

Loves, wars, sorrows ... The daily lives, troubles, or happiness of people walking on the columned street of Syedra in the past are now hidden in the ruins. Visiting the ancient city might be a bit sad for some, especially for romantic souls. A visit to Syedra is like experiencing a common feeling that was felt thousands of years ago in the same place at different times. One can feel the brave hearts of Syedra people, who fought against the pirates of the period, at every step, or the sadness of unrequited love here. Don't forget to listen to whispers of ruins if you drop by the ancient city.