The tomb of Sayyid Burhaneddin: A Kayseri landmark 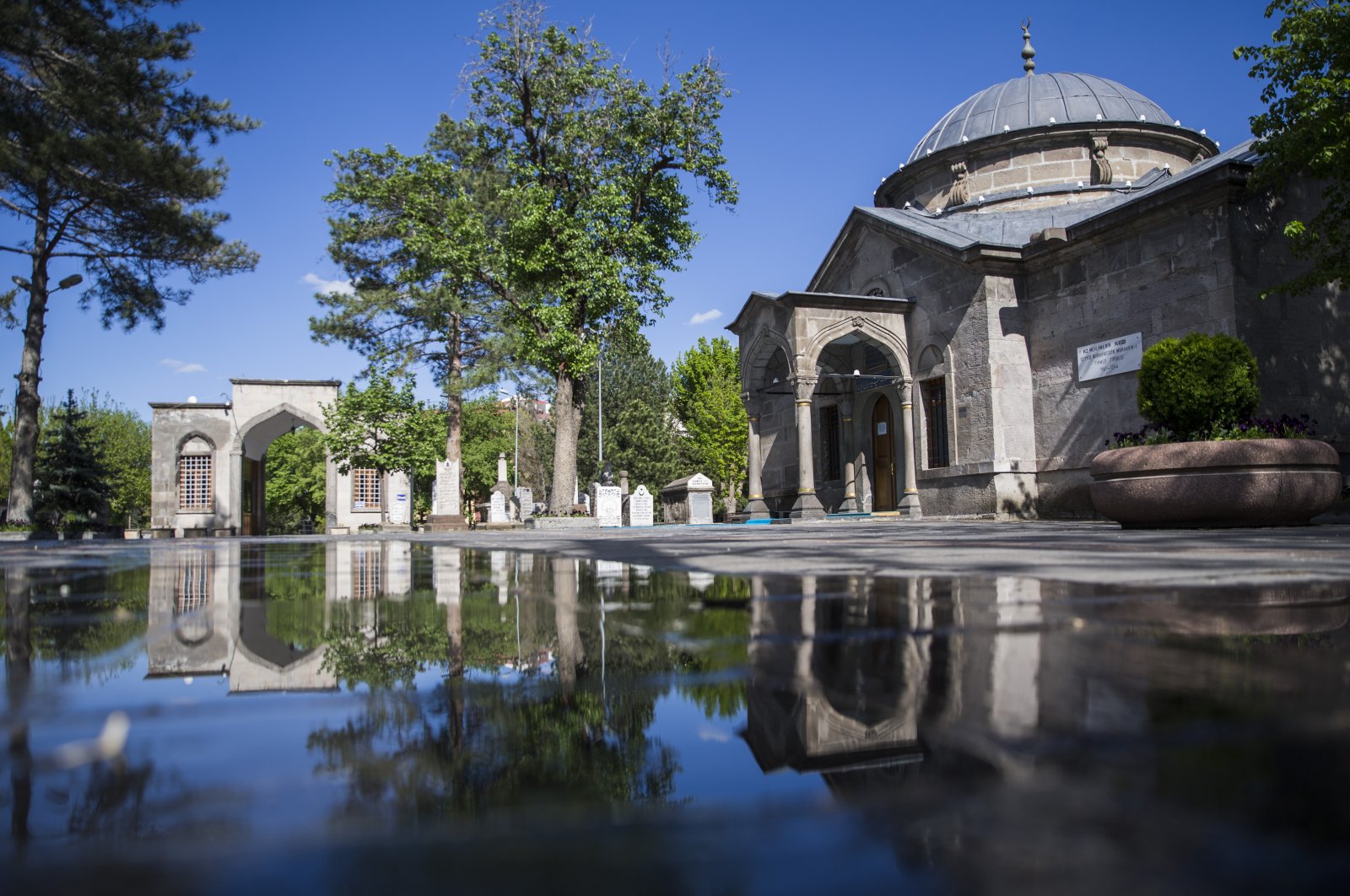 The tomb of Sayyid Burhaneddin, the teacher of 13th-century Sufi philosopher Mevlana Jalaladdin Rumi, is one of the most visited shrines in central Turkey's Kayseri province today.

There is the sarcophagus of Sayyid Burhaneddin in the shape of a half-cylinder under the dome inside the tomb. At the top of the sarcophagus, there is a poem written by Ahmed Remzi Dede, one of the Mevlevi sheiks, about Sayyid Burhaneddin. Inside the tomb, there is also the tomb of Seyyid Zeynelabidin, one of the grandchildren of Prophet Muhammad who died in Kayseri in 1414.

To the left of the tomb entrance are Mevlevi tombstones. Among them are the tombs of the Mevlevi Sheikh Süleyman Turabi of Kayseri (1835), Hacı Remzi Efendi and Ahmet Remzi Dede (1944).

The tomb, which is one of the landmarks of Kayseri especially during Ramadan, is closed to visitors because of the COVID-19 pandemic. The green area in the shade of pine trees is one of the places of visitation for both the people of Kayseri and first-time visitors to the city. The historical and spiritual place, which has hosted mass iftars (fast-breaking meals) given by philanthropists for years, is now waiting to return to its old days with the end of the coronavirus.

According to the information compiled by Anadolu Agency (AA), Sayyid Burhaneddin, one of the spiritual architects of Kayseri, whose real name is Hüseyin, was born in Termez, which is located within the borders of present-day Uzbekistan.

Sayyid Burhaneddin received religious and mental science training in Termez, came to Balkh and became a student of Bahaeddin Veled.

He took on the spiritual upbringing of Rumi as a young child at the request of Bahaeddin Veled and left Balkh after completing his mission.

After Rumi grew up, Sayyid Burhaneddin oversaw the teaching of his manners and spirituality, and tested him in different ways.

He died in Kayseri in 1244. A tomb was built for him in the cemetery named after him in the Seyitgazi neighborhood of the central Melikgazi district in 1892.