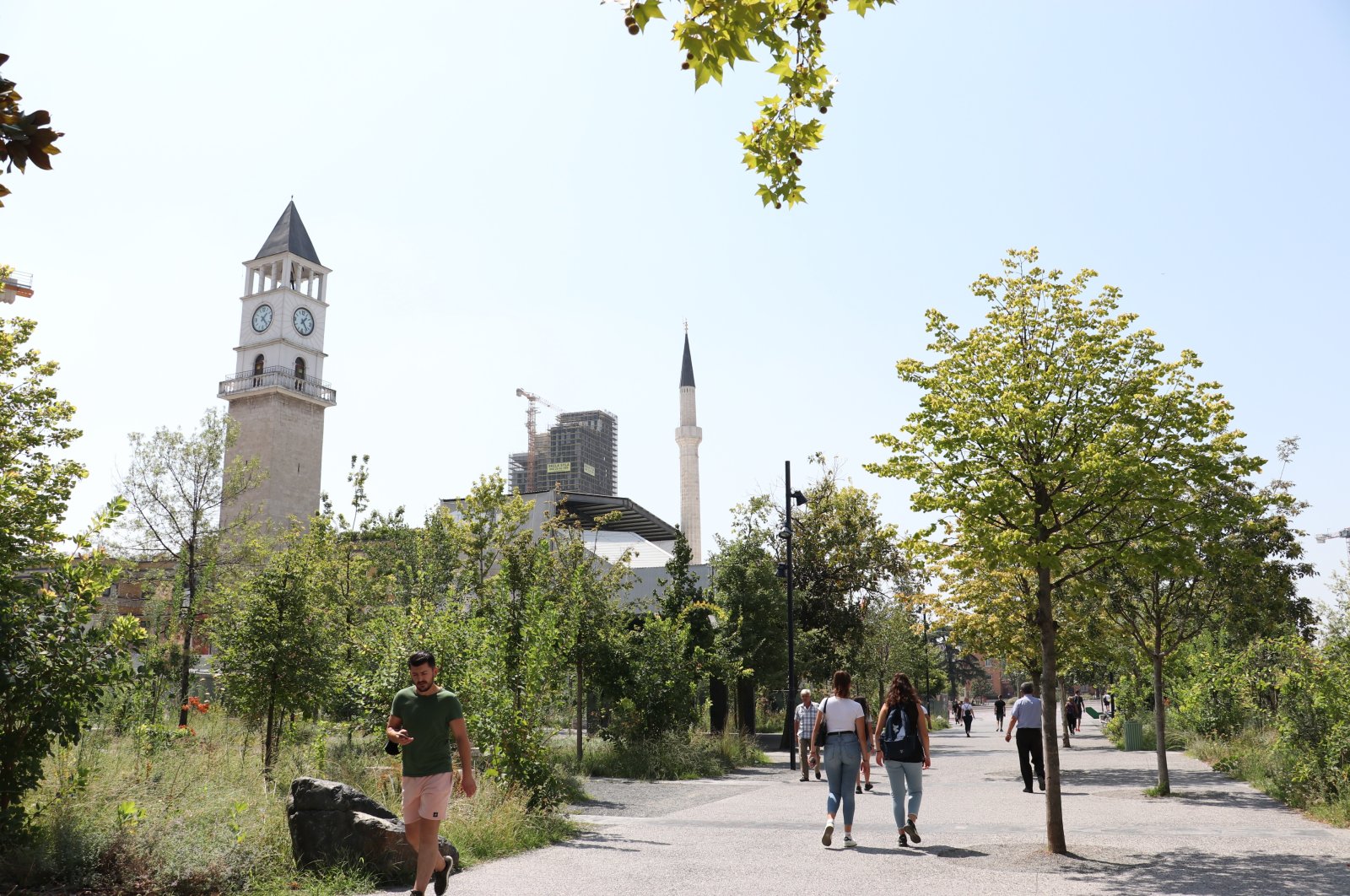 Built in the 1800s in the center of the Albanian capital of Tirana, a clock tower stands out as the most well-known monument in the city.

The 200-year-old structure, built in the Ottoman period, attracts attention today as one of the most important city symbols.

The city of Tirana, which has witnessed countless transformations over the course of its history, is not only a modern metropolis but also home to a rich cultural heritage, various historical monuments and architecture from various periods.

Home to the Ethem Bey Mosque, the Clock Tower of Tirana, Kaplan Pasha Tomb, Tanners’ Bridge and a number of charming homes dating back to the earlier periods, Tirana is a mosaic of monuments with structures from different periods under the protection of the state.

The clock tower is the most well-known of the structures that have survived from previous periods. The construction of the tower next to the Ethem Bey Mosque, which was restored by the Turkish Cooperation and Coordination Agency (TIKA), was initiated by Ottoman administrator Hacı Ethem Bey in 1822, according to information from the Tirana Municipality.

The clock tower, completed in 1830 with the contributions of the wealthy families of Tirana, stood 30 meters (98.4 feet) tall. The tower has a mixed architectural style today. While its body remains in Ottoman style, a Venetian-style roof and a balcony were later added to it, which raised it to 35 meters in height as a result of restoration work in 1928.

Although the clock tower's interior is made of stone, its stairs were originally made of wood. Iron stairs now stand in their place. In the body part of the tower, there are ventilation grilles for fresh air and illumination of the interior. Plus, there are now clock dials on each of the four sides of the top.

In addition to its historical value, the clock tower is also an important tourist draw, attracting the fascination of foreign visitors to the city.

Visitors can go to the top of the clock tower and from the balcony, enjoy a magnificent view of the city, which includes buildings of different historical periods, such as the ministries built during the rule of Albanian King Zog I, as well as the National History Museum and the Palace of Culture, which remain from the country's Communist period.

The clock tower is also featured in the logo of the Tirana Municipality.