Tire, city of mosques, takes visitors back in time with Ottoman architecture 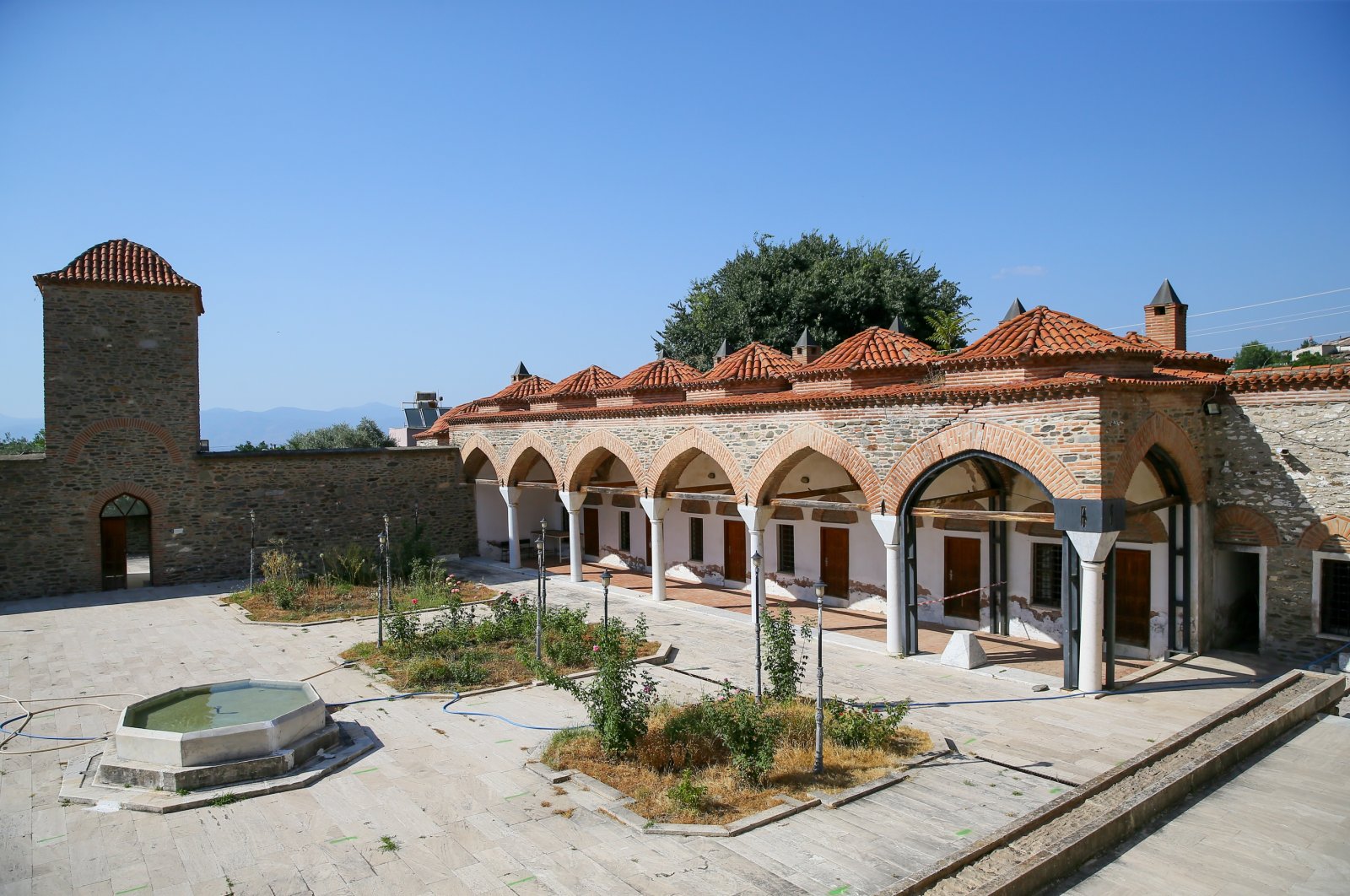 With its remarkable mosques, bearing the traces of the Ottoman period, Izmir’s Tire district gives visitors a glimpse into the past

Historical mosques in the district of Tire in Izmir province on the Aegean coast of Turkey, which was founded about 5,000 years ago and named after the word "three" in the Indo-European languages, takes its visitors to the period of Ottomans and principalities.

Notable for its buildings exhibiting examples of interaction between different cultures, the district was previously home to the Hittite, Phrygian, Lydian, Persian, Roman and Byzantine states. However, it came under the domination of Turks with the Aydınoğulları principality in the 13th century and was seized by the Ottoman Empire in 1426, gaining many works of city life under the rule of the Muslims. Among the buildings constructed by the Muslim rulers, their Ottoman-era mosques particularly stand out.

The centuries-old houses of worship, which have survived despite a number of natural disasters and wars, have regained their former appearance after restoration work in the district.

A total of 50 out of 56 mosques in the city's center and the open-air public market held every Tuesday hearken to the period of the Ottomans and principalities. The most important of them is the Yoğurtluoğlu Complex, also known as "Yavukluoğlu.” The complex, consisting of a mosque, observatory, almshouse, madrassa, şadırvan (water tank with a fountain) and cemetery, was reopened for worship in 2005 after major restoration work. The Yoğurtluoğlu Complex, where important scientists and statesmen were once trained, stands out as one of the most beautiful examples of Ottoman architecture.

Another historic structure in the district is the Yeşil Imaret Mosque, known as the "Yahşi Bey Mosque" among the public. Ordered by Halil Yahşi Bey, the first bey of the new Aydın Sanjak, in the 15th century, the mosque is important as a structure on which the first examples of the half-dome design was tried in Anatolia.

Tire’s Yeni Mosque, built during the period of Sultan Selim II, is the only mosque made of cut stones in the district. The mosque, an outstanding example of the Classical Age during the Ottoman Empire, features Gureba Hospital, the first independent hospital, in its garden.

The Yalınayak Mosque, consisting of a şadırvan, madrassa and bathhouse, was ordered by Hasan Çavuş, the son of Grand Vizier Ferhat Pasha. The architecture of the complex was designed by Mimar Sinan, the chief Ottoman architect. The plane tree in the courtyard supports the idea that there is always a plane tree in front of mosques, zawiyas (a small Islamic monastery), madrassas and bathhouses in Tire.

The mosques of Kara Kadı Necmettin, Lütfi Pasha, Kadızade, Mehmet Pasha and Hafsa Hatun are other notable mosques in the district. The ancestral mosques in Tire help the district achieve its goal of having a larger share of the Aegean tourism.

Historian and writer Munis Armağan said Tire was one of the most important cities of the period, both in terms of location and number of houses. Armağan said places such as Izmir, Aydın, Alaşehir, Çeşme and Salihli were affiliated with the district, which was a sanjak center during the Ottoman era, for nearly 400 years. “A mint was built in Tire during this period. The copper coins of the period of Sultan Mehmed II, aka Mehmed the Conqueror, were printed here. In other words, the development of the city has provided all kinds of opportunities. It is rich in all aspects, with caravanserais, numerous bathhouses, libraries and madrassas. People are also very important. During the period Sultan Murad II, the most important dignitaries in the palace were from Tire,” he said.

The historian noted that there were also zawiyas in the district in the past. As the settlements became widespread, many zawiyas were converted into mosques with the addition of minarets, as famous Ottoman traveler Evliya Çelebi mentioned in his “Seyahatname” (“Books of Travels”). “From the time of Mehmed the Conqueror, the wealth of mosques was born in Tire and prospered in the 16th century, giving rise to a perfect mosque phenomenon. You will see mosques in the district every 5-10 meters, " Armağan said.

"There are also those who stand out in the artistic and architectural aspects. The Yeşil Imaret Mosque is a work that needs to be addressed in many ways. The Yoğurtluoğlu Complex is very rich, and it is said that people from 40 villages came and ate here. The Kara Kadı Complex is very special as well. Kurt and Doğancan zawiyas are an example of the schooling process. There are mosques built by Sultan Abdülhamid II with a complex plan in the villages of Tire," he said. "Tire is worth examining with every piece of its artifacts. They need to be protected.”