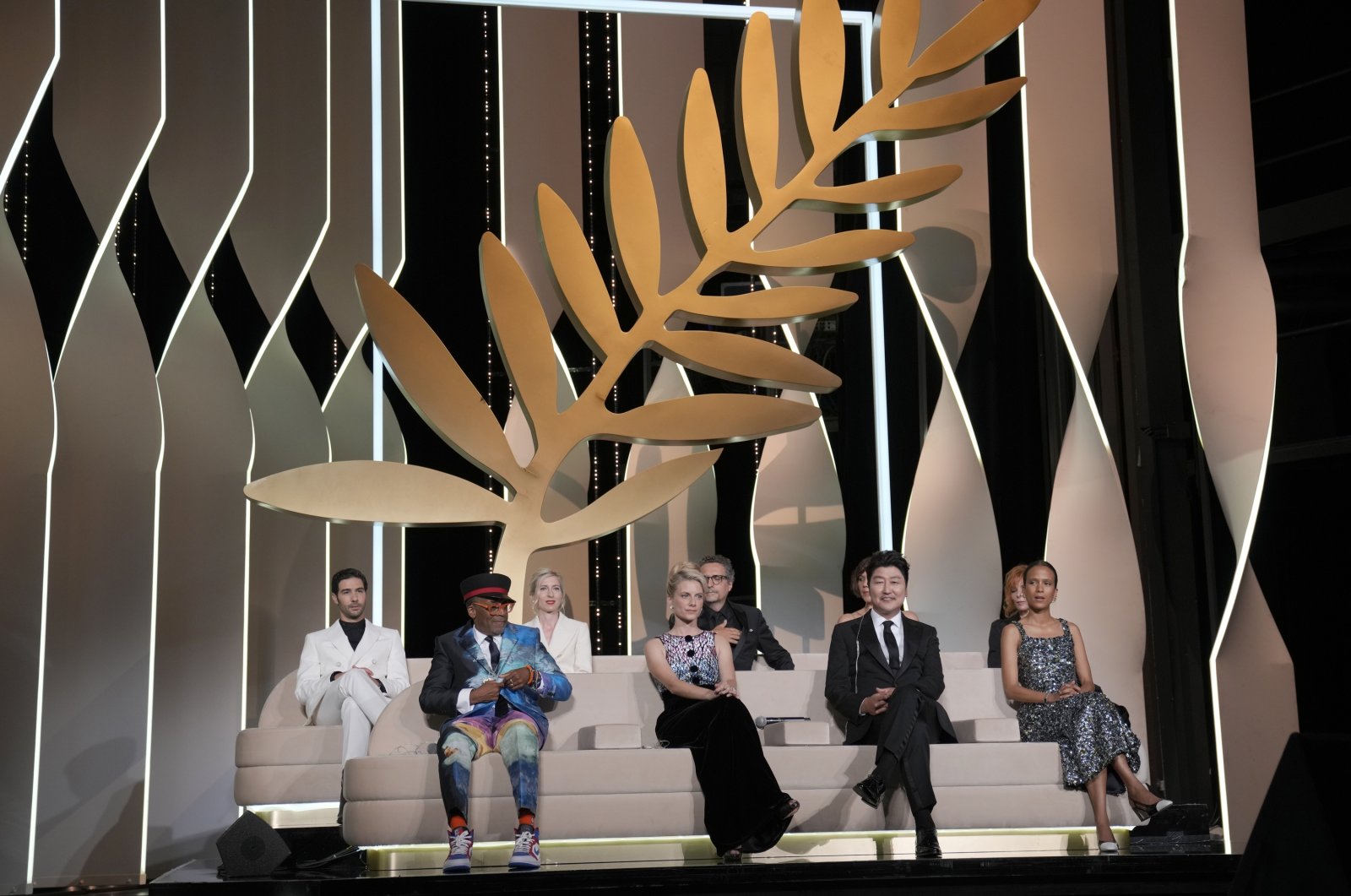 The drama thriller "Titane" won the Palme d'Or at Cannes on Saturday, as the jury president Spike Lee accidentally revealed the winner of the top prize.

French director Julie Ducournau is only the second woman to take home the prize for the movie, one of the wildest, sexiest and most violent films ever shown at the Cannes film festival.

It tells the story of a young woman who has sex with cars, kills without a care, and pretends to be a boy despite being pregnant by a vintage Cadillac.

Lee, the first black man to lead the jury, read out the winner at the very start of the prize section, rather than introducing the first award of the night for best actor.

After an awkward pause and regrouping, the best actor award was given to U.S. actor Caleb Landry Jones for his chilling performance in "Nitram" about Australia's worst mass shooting in 1996.

Making a film about the Port Arthur massacre, in which 35 people died, triggered harsh criticism of director Justin Kurzel in Australia.

But critics were won over at the Cannes premiere, with Variety calling it a "devastating study of atrocity" that shows "quiet respect for the victims' dignity."

It was a huge night, too, for the previously unknown Norwegian actress Renate Reinsve, who was rocketed to stardom by her role in "Worst Person in the World."

Her role as a twenty-something searching for her identity and pinballing through relationships was a sensation and caught the 33-year-old totally unprepared.

In unveiling this year's prizes, the Cannes' jury awarded the Grand Prix to both Iranian director Asghar Farhadi for "A Hero" and Finland's Juho Kuosmanen for "Compartment No 6."

The Grand Prix is the festival's second prize after the Palme d'Or.

The best director prize was awarded to France's Leos Carax for his musical romance "Annette," which launched the festival 12 days ago.

Renote Revista from Norway won the festival's best actress award for her role as a woman in Joachim Trier's comedy "The Worst Person in the World," who throws herself into a relationship with a younger man.

The best actor award went to Caleb Landry Jones of the US for playing a mass murderer in Australian director Justin Kurzel's "Nitram" based on the 1996 Port Arthur massacre in Australia's island state Tasmania.

The award came after Hamaguchi was awarded the Berlin Film Festival's Grand Jury Prize for "Wheel of Fortune and Fantasy" in March.

The ceremony then moved awkwardly on to the third-place jury prize, which was shared by "Ahed's Knee" from Israel's Nadav Lapid and "Memoria" by Thailand's former Palme winner Apichatpong Weerasethakul.

The race had been wide open this year, with critics pointing toward many possible successors to "Parasite," the South Korean hit which took home the last Palme in 2019 before making history by triumphing at the Oscars.

Last year's festival was canceled because of the pandemic.

"I promised the guys on the jury that I won't be a dictator, that I'll be democratic... but only up to a point!" Lee told reporters early in the festival, as they began mulling the 24 films in competition.

"If the jury is split four against four, it's me that decides," he said.

There were doubts early in the festival about the COVID-19 logistics, with some festival-goers grossed out by the spit tests required every 48 hours, and criticism on social media over unmasked attendees in the cinemas at early premieres.

Restrictions were tightened, partying scaled back, and even though the stars couldn't quite keep themselves from hugs and kisses on the red carpet, the festival appeared to pass without a major outbreak.

But there was still plenty of star power.

Tilda Swinton was ubiquitous on the red carpet this year, appearing in five films of the official selection.

She was clear, however, that her proudest moment was receiving the Palm Dog award on behalf of her three spaniels, who appeared with her in "The Souvenir Part 2."

"Honestly, this is the prize to get," she said at Friday's canine ceremony, as she tied the red collar prize around her neck.