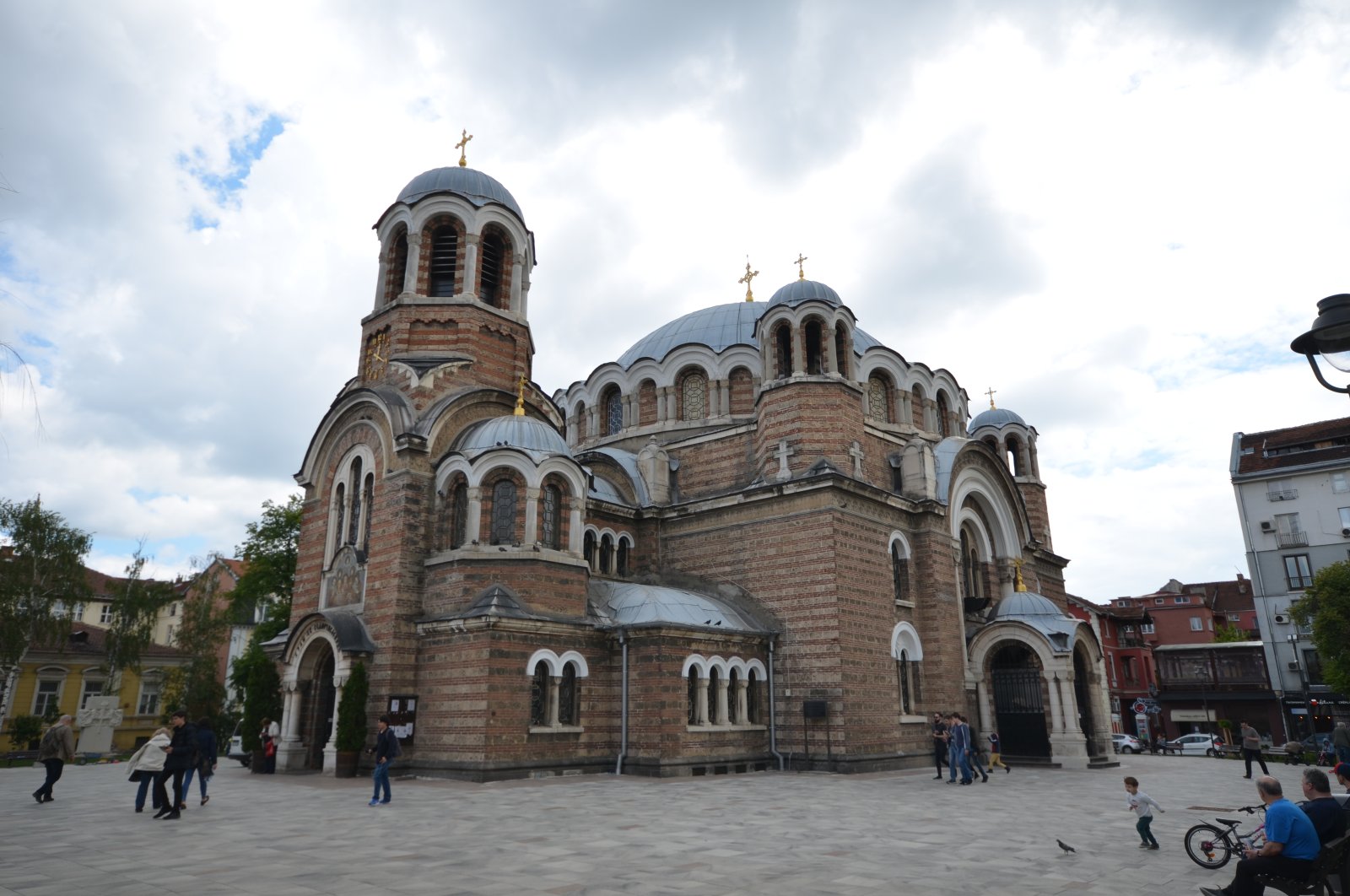 Searching and traveling across the land that once constituted the Ottoman Empire, a master architect traced Ottoman buildings in 18 countries and found at least 329 of them had been turned into churches or bell towers.

Speaking to Anadolu Agency (AA), Mehmet Emin Yılmaz said he traced Ottoman architectural works for 10 years and identified the mosques, Islamic monasteries and shrines that have all been turned into bell towers.

Starting in the Balkans initially, Yılmaz said: "I first concentrated on Hungary, Bulgaria and Greece because most of the buildings converted into churches are in these three countries."

"Later, I identified 329 Ottoman-built structures such as mosques, small mosques, Islamic monasteries and shrines that were converted into churches at various times in a total of 18 locations, including Algeria, Ukraine, Crimea, Georgia, Armenia, Bosnia-Herzegovina, the island of Cyprus, Croatia, Kosovo, Macedonia, Moldova, Romania, Serbia and Turkey," he added.

Yılmaz noted that Hungarians are the only nation in Europe who did not convert any Ottoman architecture into churches. Twenty-three mosques, five shrines, a bathhouse and a school were turned into churches, but only during the Austrian invasion, he said.

Yılmaz said Greece has the most Turkish architecture that is "still in use" and added that the country converted 76 mosques, 19 shrines and a minaret into churches.

Yılmaz said the Turkish architectural works were converted over political and spatial reasons. "Large monumental Turkish buildings and especially minarets in the city centers are seen as the first target to be destroyed due to their symbolism of Turkish domination and Islam. It is deeply saddening that in only one night in Sofia in 1878, seven minarets were destroyed with dynamite," he said.

"Mosques are the structures most converted into churches. I have identified 272 mosques and masjids. Aside from the mosques, 36 monasteries and shrines have been turned into churches. There are clock towers turned into bell towers and minarets that bells were mounted on," he said.

A tower in Croatia, a reservoir of a fountain on the island of Cyprus and a prayer area in Greece were all converted into Orthodox worship areas, Yılmaz added.

"A church was built inside a caravansary in Serbia. So it is not only mosques but also monasteries, shrines, minarets, towers, bathhouses, fountains and workhouses belonging to Ottoman architecture that were turned into churches," he said.

Yılmaz noted that components such as the domes and arches reflecting Ottoman architecture were purposely destroyed and the architecture of many buildings was altered.

"However, no matter how much they alter them, the main walls, which we call the main outer walls, face the qibla (the direction toward Mecca) and cannot be changed, thus allowing us to identify the converted mosques. I was able to identify Mustafa Pasha Mosque in Budapest this way," he said.

Yılmaz stressed that there is no other nation that respects architectural works more than Turkey. "Turks were never hung up on old civilizations, and that is why we never intervened in the architectural components of those works that were turned into mosques. The best example of this is the Hagia Sophia mosque," he said.

"We have doted on Hagia Sophia since 1453 without interfering with the church features. We only added a mihrab, a minbar (Islamic pulpil) and minarets. When you look at it from the outside, you can easily understand that it was once a church. However, the architectural features of the mosques that Europeans turned into churches have completely been changed," Yılmaz said.

He stated that his goal in this archive research was to register the Ottoman works with official documentation.

Yılmaz, who has been researching Ottoman architecture for nearly 20 years, has been involved in many restoration projects at home and abroad.

He established the Turkish Architectural Research Center. The book "Turkish Works Converted Into Churches" based on his research carried out between 2010-2020 will soon be published.