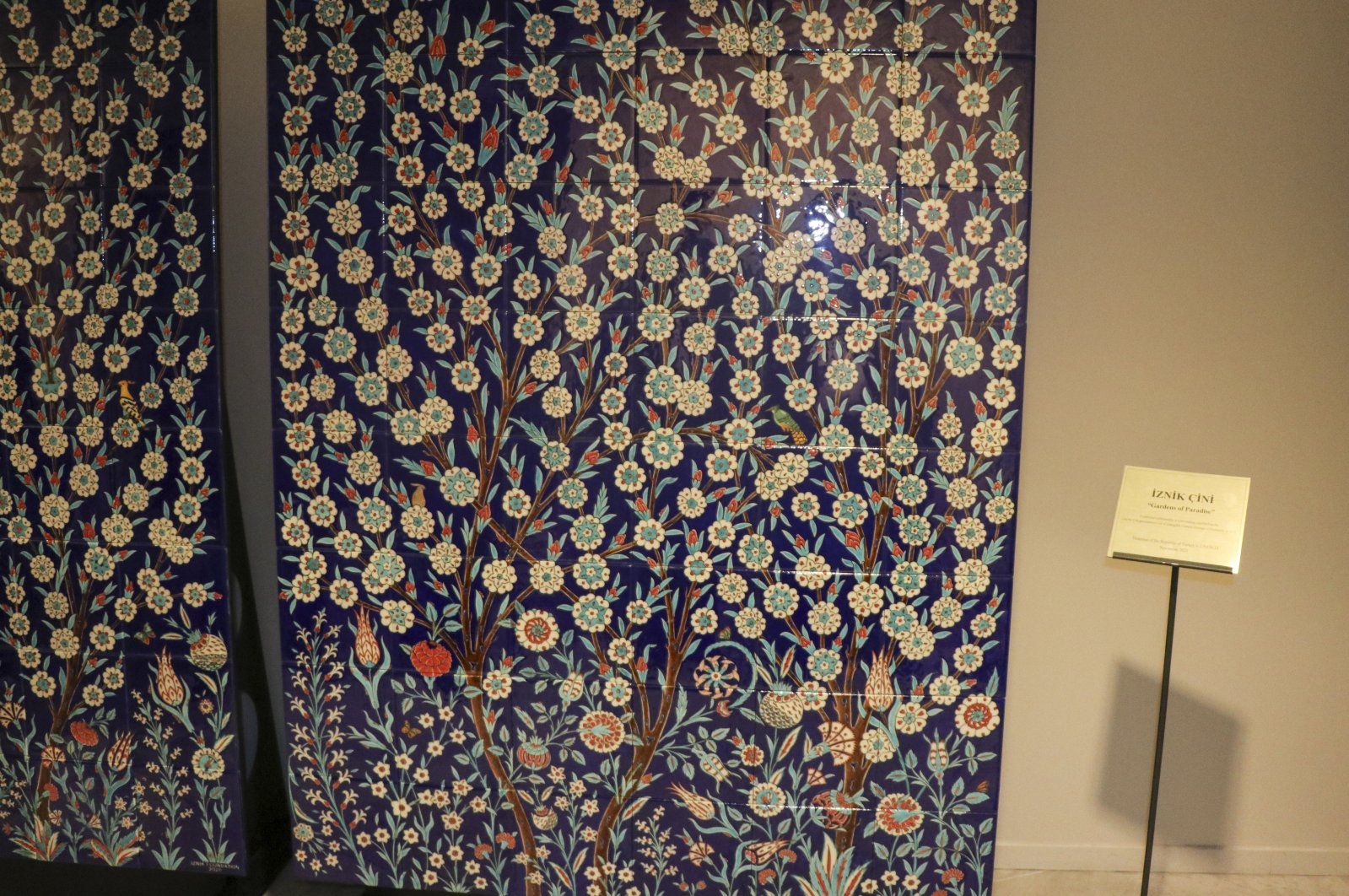 Pieces of traditional Turkish porcelain in the Iznik Çini style come in an array of exquisite colors, notably a vibrant blue, and are not only beautiful to look at but also serve as a reminder of the historical wealth of the Turkish culture. So, it is only fitting that they should adorn the walls of the World Heritage Center, the headquarters of UNESCO, after Deputy Minister of Foreign Affairs Yavuz Selim Kıran presented the ceramics as a gift to the organization on behalf of Turkey.

In his speech at the opening ceremony for the Iznik tile plates held at UNESCO, Kıran expressed his happiness following Turkey's reelection to the UNESCO Executive Board and noted that the tiles represented Turkey's contributions to the agency. He added that Turkey is proud to be a founding and active member of UNESCO.

“As xenophobia, racism and Islamophobia are on the rise, UNESCO deserves praise as a bastion of tolerance and mutual understanding. We reaffirm our commitment to the ideals and goals of the organization. We will continue to contribute to UNESCO's spread of universal messages of peace and unity in a culturally rich world. We will progress our collaboration with UNESCO even further forward,” he said.

“For example, we are ready to share our experience in the preservation of Islamic arts and architecture with the World Heritage Center,” he said.

“We see these handmade Iznik tile plates as an important sign of our cooperation. Çini is among our 20 cultural heritages included in UNESCO's Intangible Cultural Heritage List. Millions of visitors to our country admire this traditional art on the walls of mosques, historical waterfront mansions, palaces and fountains. As the name suggests, the beautiful city of Iznik in northwest Turkey has been home to the art of tile making since the 12th century,” he explained.

Kıran noted that Çini was seen as a contemporary art these days and that the Iznik Foundation prepared the plates there.

He revealed that they were designed from the original tiles at the Rüstem Pasha Mosque in Istanbul, which was built by the great Ottoman architect Mimar Sinan in 1560. He stated that the tiles were a symbolic reflection of Anatolia's historical treasures with the theme of "Gardens of Paradise."

Kıran said that the organization had so far registered 19 Turkish properties on the UNESCO World Heritage List. "These unique works emphasized the much-needed values ​​of coexistence, peace and harmony in today's world as they have been presented to humanity through the list."

Ambassadors of many countries to UNESCO attended the ceremony.