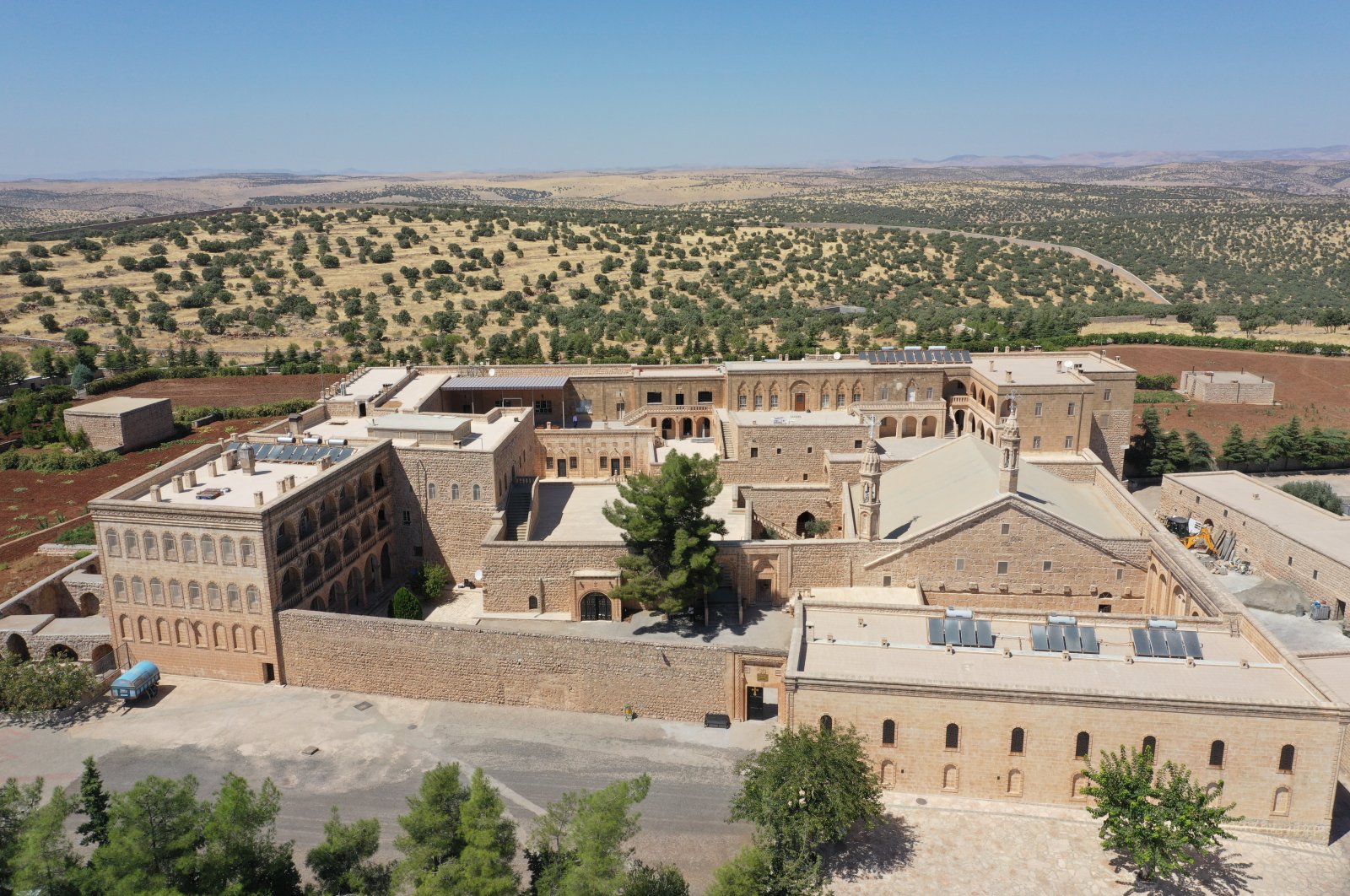 A view of the Monastery of Mor Gabriel in the Tur Abdin region in Mardin, southeastern Turkey. (Courtesy of the Ministry of Culture and Tourism).
by DAILY SABAH
Apr 30, 2021 1:40 pm

Turkey’s cultural assets on UNESCO's World Heritage Tentative List have risen to 85 with two new additions. The historical town of Kemaliye (Eğin) in eastern Erzincan province, and the late antique and medieval churches and monasteries of Midyat and the surrounding area (Tur Abdin) in southeastern Mardin province were recently added to the list. In 2020, Turkey had 83 assets on the list.

The Kemaliye district, which was located on the Silk Road and caravan routes, stands out with its unique urban texture, architecture and original settlements. The Euphrates affected the design space and architecture of the region and the settlements were established in accordance with this effect.

Karanlık (Dark) Canyon is an integral part of the Kemaliye settlement and is approximately 35 kilometers (21.75 miles) in length. The height difference between the river base and the valley edge reaches up to 1000 meters (3280.84 feet), placing Dark Canyon among the top five deepest canyons in the world. According to the UNESCO website, traces of the Turkish population can also be found in the Dilli Valley, which lies some 4 to 5 kilometers to the northwest of Kemaliye. The data obtained from petroglyphs and carvings in the valley through photometric scans and ethnographic methods provide significant knowledge on the history of Turkish culture.

The Tur Abdin (meaning “the Mountain of the Servants of God” in Syriac) region, which presents early examples of monastic architecture, witnesses the emergence of a new and unique architectural language that can be associated with the Syriac Orthodox community throughout history. Tur Abdin, a limestone plateau, has a unique cultural landscape with approximately 80 villages and 70 monasteries from various periods.

These structures, which share common features and date back to the sixth and eighth centuries, allow the character of the region to be understood as a whole. They also constitute an important example of the rich cultural heritage of different beliefs in Turkey.