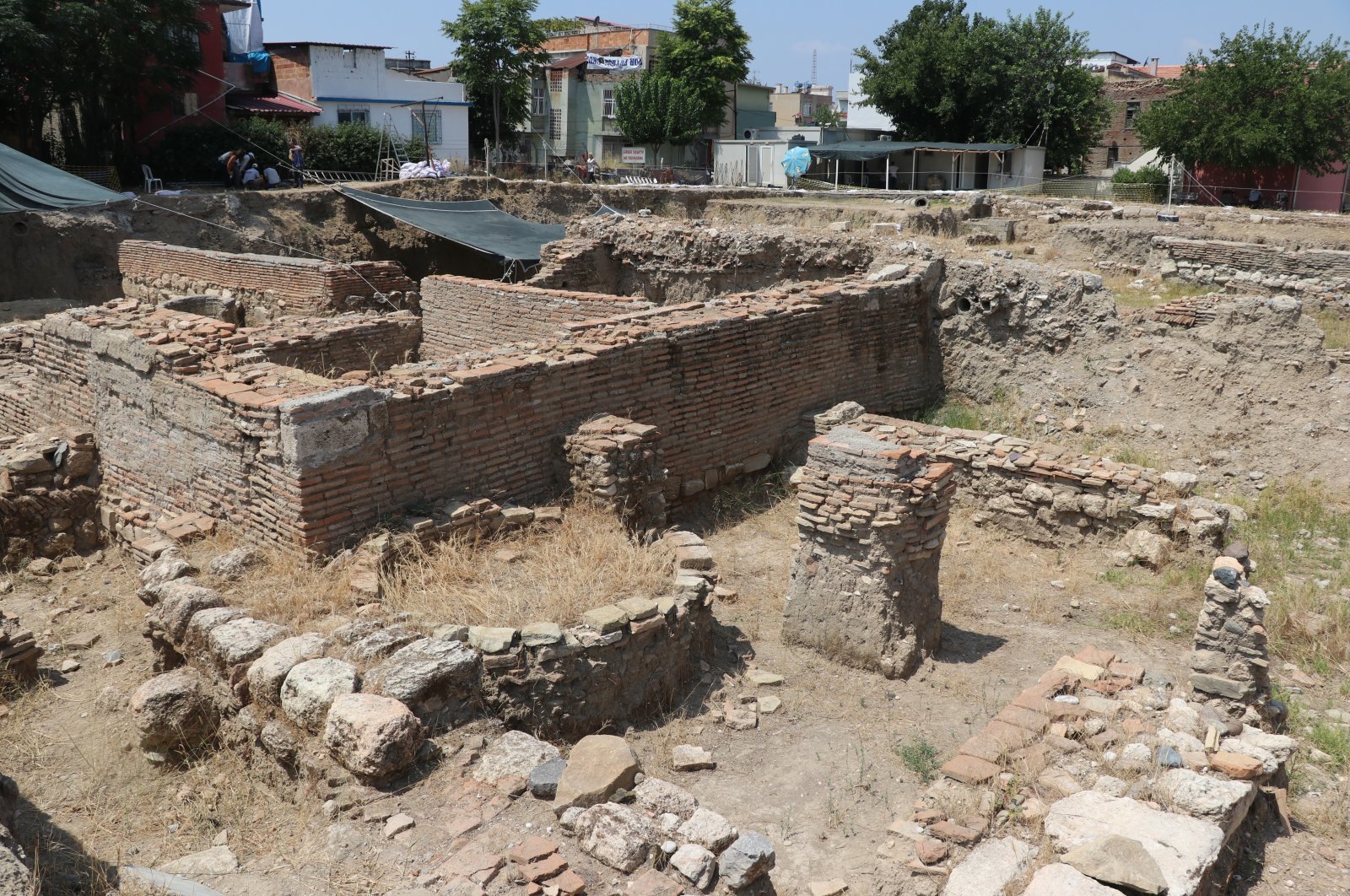 The Tepebağ Mound in southern Adana province is home to one of the first settlements from ancient times. The mound and its surroundings are being turned into an archaeological park.

Excavations and landscaping works have been ongoing on the mound, which features many ruins from various periods including Ottoman times, since 2013. While artifacts shedding light on the area's history have been unveiled during excavations, its archaeological importance will be highlighted with the completion of the archaeological park.

In Hittite sources, it is written that the mound was located in the same place as the Cilicia region's capital of Adaniya. Ancient artifacts belonging to the Hellenistic period, the Iron Age and the Early, Middle and Late Bronze Ages have been uncovered along with ancient Ottoman constructions at the mound to date.

Adana Museum Director Nalan Yastı told Anadolu Agency (AA) that seven archaeologists and 13 workers, as well as art historians and restorers, took part in the excavations this season. Yastı emphasized that Tepebağ, which has been continuously inhabited during the Early Bronze Age, Iron Age, Hellenistic, Roman, Byzantine, early Islamic and post-Medieval periods, is an important place that will highlight the political, economic, commercial and cultural structure of the city.

Stating that the work continues in two sections of the mound in the city center, she said, "We have recently found a floor covering that we think belongs to the Late Bronze Age and an Assyrian palace belonging to the seventh century B.C.”

Stating that a seventh-century Egyptian seal was also unearthed in the excavations, Yastı said: "Adana was a very important center in every period of history as it was on trade routes and sacred roads in ancient times. Today, it is one of the most important cities in Turkey in terms of agriculture, trade and population density. Our excavations in the Tepebağ mound are to shed light on the history of Adana, its importance in ancient times.”

“We plan to turn the area of the mound into an archaeological park and attract tourists here with its mansions, houses and streets. This park will offer significant added value,” she added.