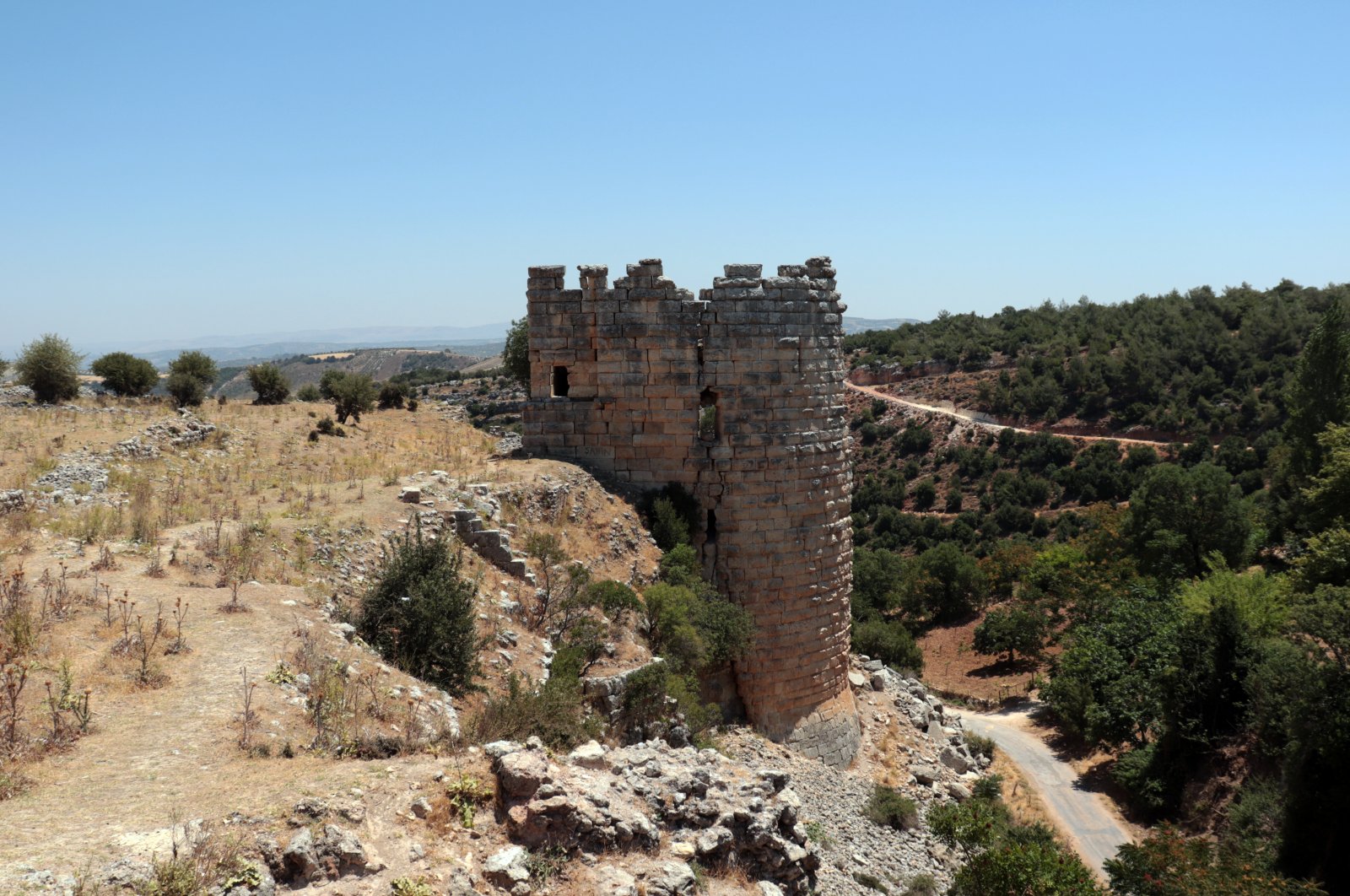 The bath, water tank, arsenal, military wards, barn and other vital areas under the historical Koz Castle, built in the Hellenistic Period in southern Hatay province’s Altınözü district, are being unearthed. With the completion of the surface work, the castle will welcome visitors by taking them on a journey through history.

An archaeologist and 40 workers are involved in the surface cleaning work carried out in the area of the castle under the auspices of the Governor's Office, in cooperation with the Altınözü District Governorate, Altınözü Municipality and the Danish Refugee Council.

Altınözü District Governor Bülent Uygur told Anadolu Agency (AA) that they are making efforts to complete the surface cleaning works in the castle as soon as possible and to open the site to tourism.

Stating that most of the castle is under the ground, Uygur said, "Our goal is to clean the inside of the castle, especially the bath, and other vital places in 9 months."

Altınözü District Mayor Rıfat Sarı also stated that Koz Castle is one of the important tourist places of the district and said, "Altınözü has become one of the districts with a reputation for tourism. That's why we want to bring the castle to light and add one more cultural asset to the district's riches.”

Although there is not much information about the castle, it is estimated that it witnessed the First Crusade. It was later taken over by Mamluk Sultan Baibars in 1268 as a result of a siege. Only two semicircular bastions of the castle are still standing today while the other parts are in ruins.