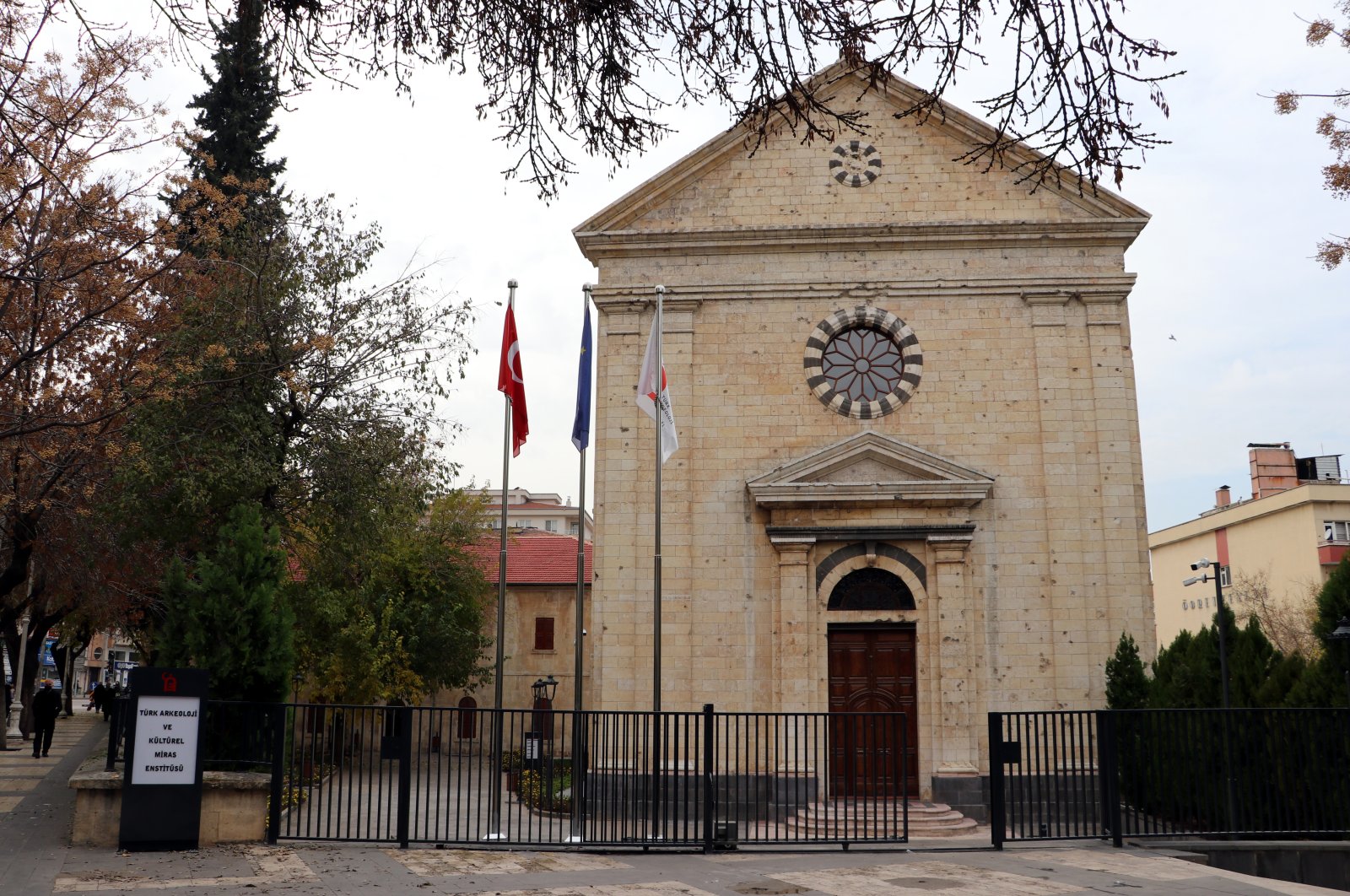 A new archaeological institute in southeastern Turkey’s Gaziantep is primed to shed light on the ancient history of Anatolia. The new Turkish Archaeology and Cultural Heritage Institute will provide great insights into the rich past of ancient Turkish lands, where countless civilizations sprouted and perished throughout history.

The institute was built with the coordination of the European Union, the Turkish Culture and Tourism Ministry and the Gaziantep Metropolitan Municipality after the restoration of the 162-year-old Kendirli Church. Launched by President Recep Tayyip Erdoğan, the organization holds great importance for regional archeological studies.

The institute features an archeological laboratory, conference halls, a library, archive, study and educational areas where experts and academics can contribute to scientific studies and research of ancient sites in Turkey.

With its proximity to many ancient cities in the region including UNESCO World Heritage Site Göbeklitepe, Karahantepe, Karkamış and Zeugma, the institute is expected to significantly contribute to the scientific literature.

Gaziantep Mayor Fatma Şahin said Anatolia is like an open-air museum and so it was essential to establish such an institute, adding that Germany and Japan founded similar institutes years ago.

"Our ministries and lawmakers provided assistance for the legislation," she said and added the EU also provided substantial support to make the institute a reality.

"Carbon analysis needs to be done to set the date of the ancient cities. We were unable to conduct such analyses. However, now we will be able to carry out such studies in Gaziantep," she said.

"The institute will forge new pathways in the context of cultural heritage, and contribute to diversity in the region's cultural, religious, culinary, nature and caravan tourism," she said.