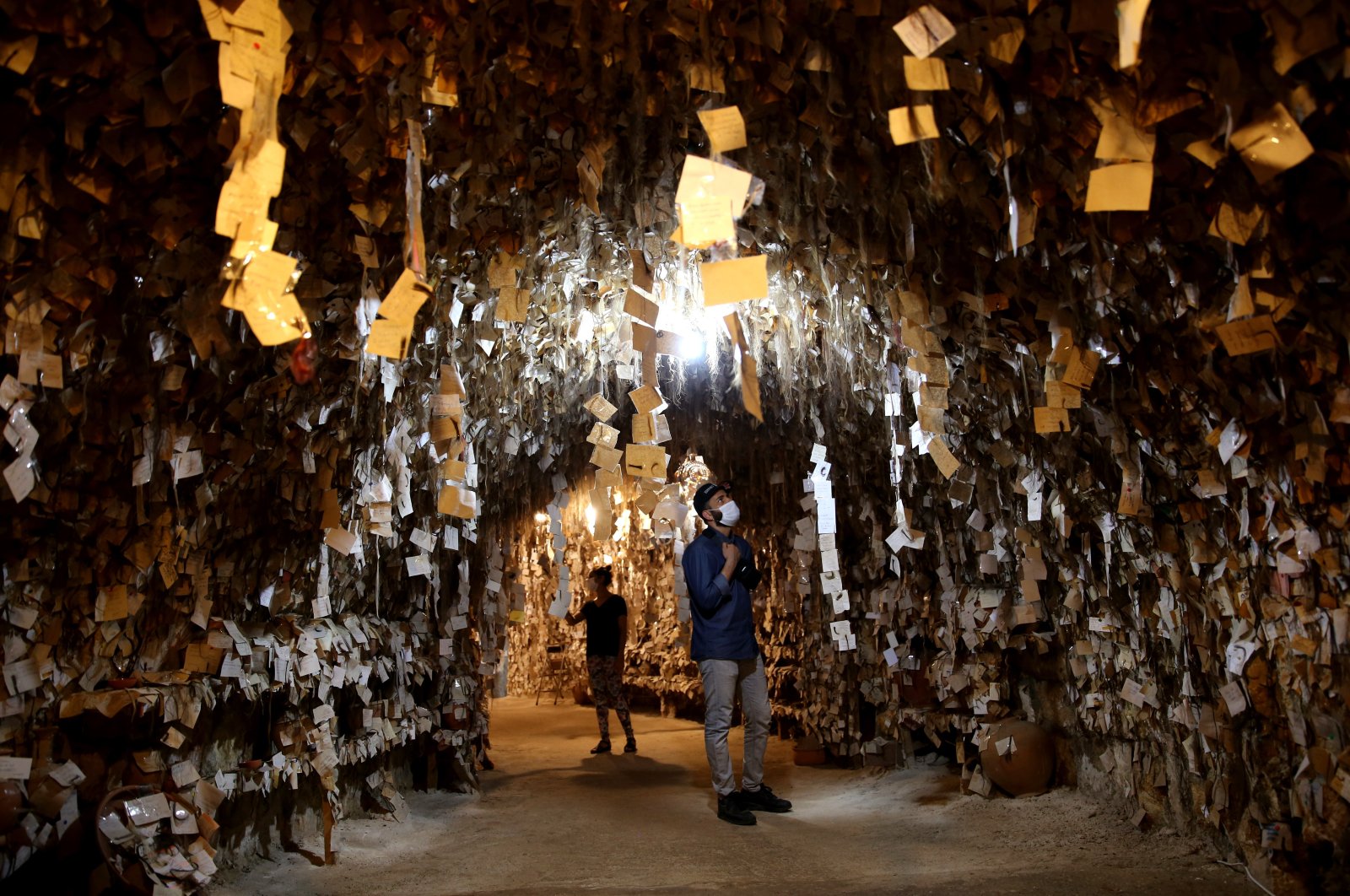 The Hair Museum located in Cappadocia in central Anatolia's Nevşehir province is attracting many visitors as one of the most unique museums in the world.

The journey of the museum started when Galip Körükçü, a pottery master in Nevşehir’s Avanos district, cut a lock of hair from a French female tourist visiting his workshop in 1979 and hung it on the wall. The Hair Museum has grown over time as other female tourists who came to the workshop also left a lock of their own hair.

The hair samples from tens of thousands of women at the museum, which was included in the "Guinness Book of World Records" in 1998, have attracted the interest of guests visiting the area.

Speaking to Anadolu Agency (AA), Körükçü said when he hung a lock of hair on the wall of the workshop decades ago, he could never have imagined it would have developed into something so impressive.

According to Körükçü, he has the names and contact information for the individuals whose hair is on display in the museum. Over the years, he has done a drawing of 10 names from among those who left their hair and gifted the winners a weeklong Cappadocia holiday every year.

Indicating that the museum entrance fee is TL 3, Körükçü noted: “I met a French girl in 1979 and I wanted a lock of her hair when she was on the way back to her country because her hair was so beautiful. After writing her name and address on a piece of paper, she hung the hair on the wall of the workshop. Then this hair caught the attention of another female tourist and she left a lock of her hair, too. Then we started getting hair from other female tourists who came here, and that is what happened.”

Mentioning the museum’s inclusion in the "Guinness Book of World Records," Körükçü said: “I took it because her hair was so beautiful, but I never thought it would turn into a museum like this. When the collection of hair started growing here, I started to draw lots. I picked a lock of hair at random, contacted the people whose name and contact details were written on it and invited them to Cappadocia for a week, covering all their expenses. Tourists who come to the area love it when they visit it. We do not allow photography because the hair in the museum has personal information near it.”

Fatma Fatolanezhad, an Iranian tourist who also left a lock of her hair while visiting the museum, stressed that the museum is interesting, adding: “When I saw this place on the internet, I wanted to see it. And I left my hair here. Maybe my kids will come here 10 years later and see my hair here. It is a great feeling.”