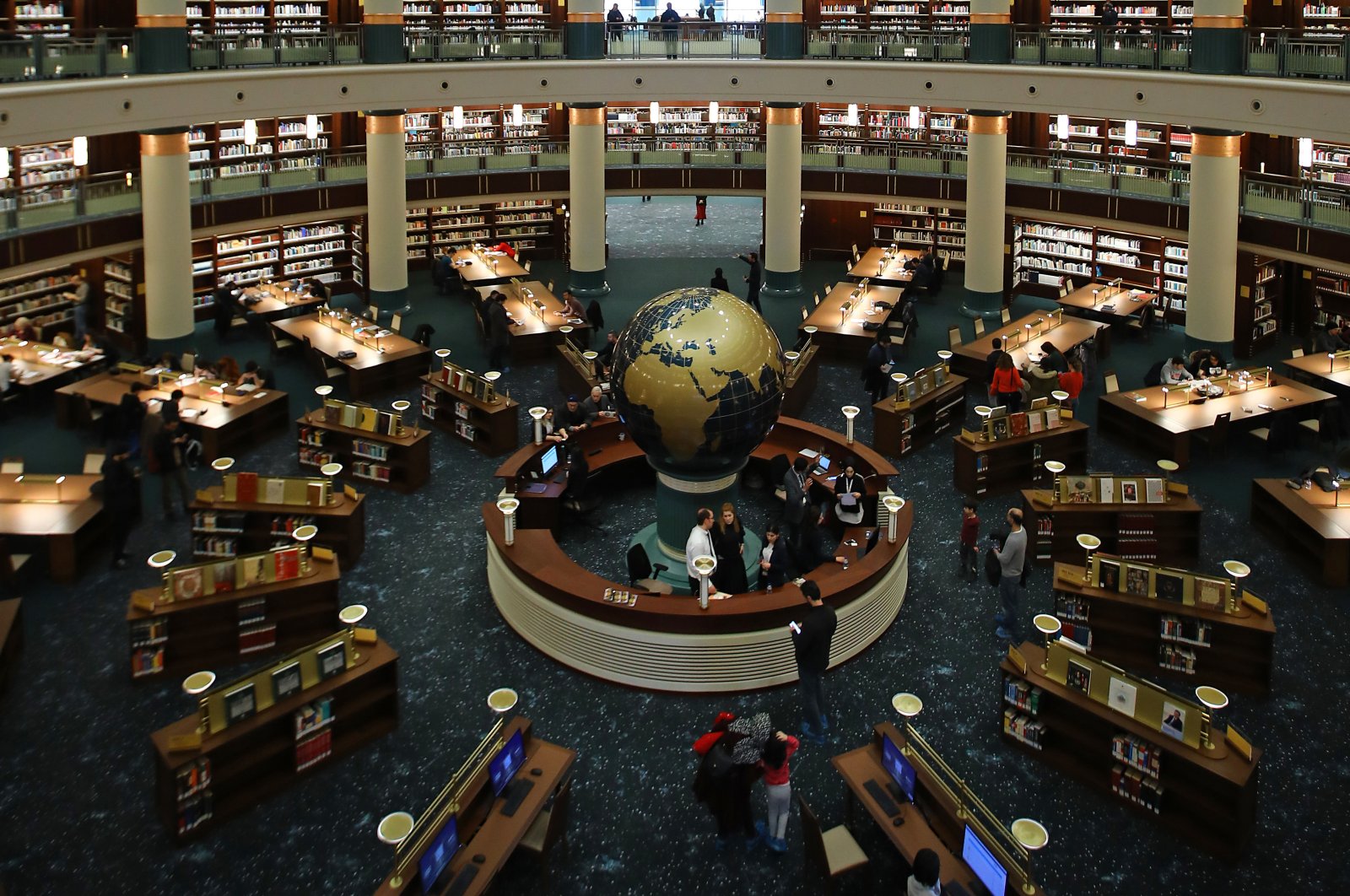 PORTRAIT
The newly opened Presidential Library has attracted a great number of visitors despite having only been inaugurated one month ago.
According to Anadolu Agency (AA), a total of 153,330 people visited the Presidential Library in the 25 days since its debut. The library opened at the Presidential Complex on Feb. 20, in an event hosted by President Recep Tayyip Erdoğan and attended by Uzbek President Shavkat Mirziyoyev.
The library, which offers bibliophiles an intellectual feast with its millions of books, has attracted great attention from visitors day and night. So far, 60,600 people have subscribed to the library online. An average of 6,133 people visited the library on weekdays and 14,700 over the weekend.
Children and youngsters under the age of 15 have not been included in the number of visitors, although nearly 20,000 users have registered multiple loans.
In addition, the library has been promoted to 8,490 people from 101 institutions and schools. The Presidential Library closed March 15 as part of the measures taken against the coronavirus pandemic.
The design of the library itself harbors architectural influences from the Seljuk and Ottoman era, albeit with a contemporary twist, and is open 24/7 with 2 million printed books and 2 million issues of 12,500 printed magazines. In addition, 68 databases provide access to online content, include 550,000 e-books, 6.5 million electronic theses and 120 million articles and reports belonging to 60,000 e-magazines.
The Presidential Library is distinguished by a section dedicated to young readers, called the Nasreddin Hodja Children's Library, for those between the ages of 5-10. Meanwhile, the site also features a youth library and audio and video sections for users between the ages of 10-15. Visitors will also appreciate the rare works and research section, map room and periodical archive, Seljuk museum and a wealth of exhibition space, as well as the Anatolia and divan hall, bookbindery, book hospital, welcome room and conference space with a capacity to host around 500 people. The library also features technology and vocational training classes, private group study and movie screening areas, dining halls, seminar halls, mosque and study and rest areas for staff.
The Nasreddin Hodja Children's Library has a collection of 25,000 books. The library also features fairytale listening activities and works on traditional Turkish art, as well as a sound and video hall designed specifically for listening to or watching audio and visual materials as a group or individually.
RECOMMENDED