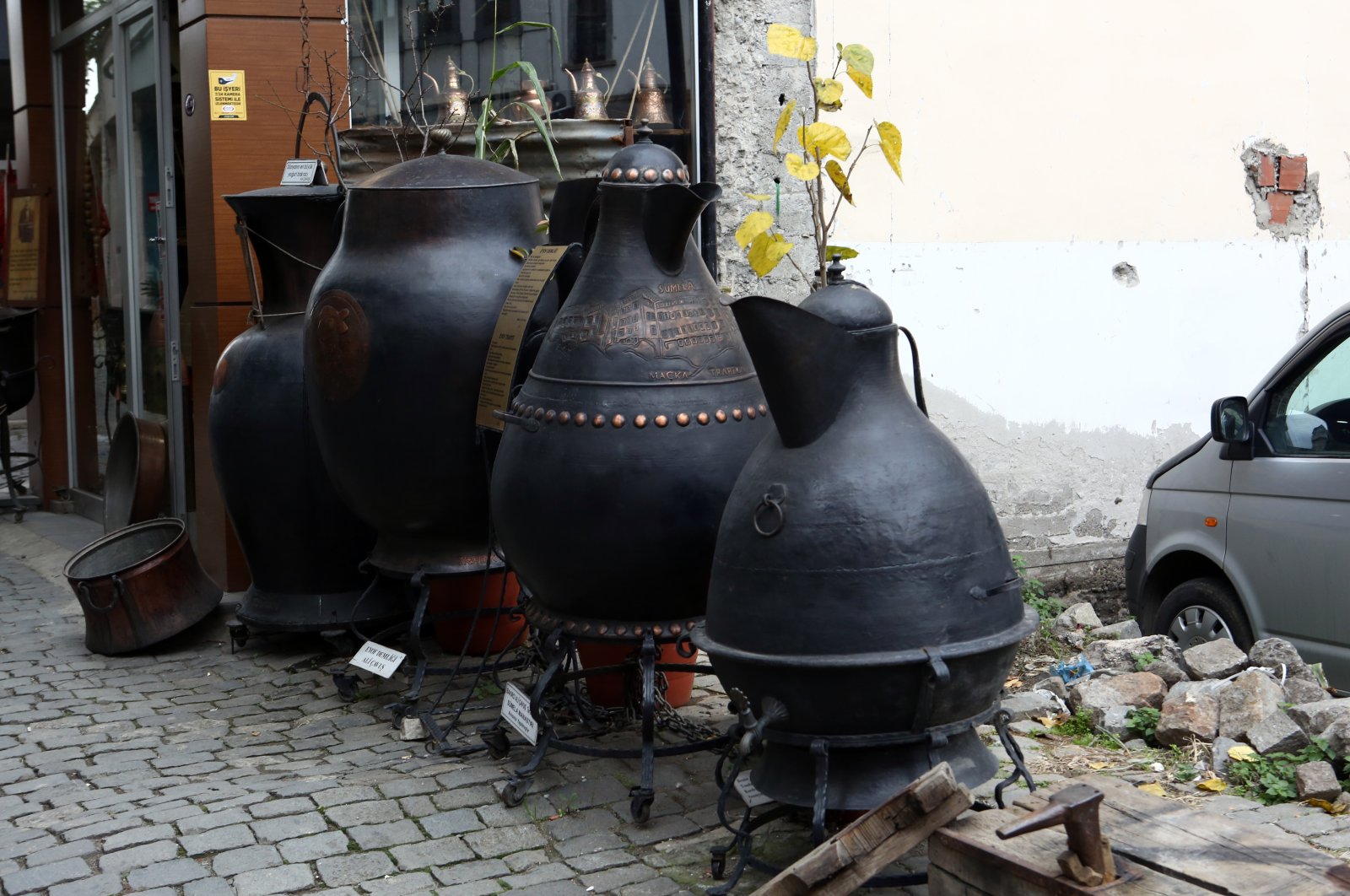 Copper products made by craftsman Ali Çavuş, from northern Turkey’s Trabzon province, catch the eye of anyone who passes through the local coppersmiths’ storefront in the city. Çavuş displays his colossal works of copper in front of his workshop. These works include cauldrons of salep, an exotic drink made from the dried tubers of wild orchid and teapots and ibriks which are containers used for storing and pouring liquids.

Çavuş has been a coppersmith for more than half a century. Copper craftsmanship runs in his blood. His father was a coppersmith, and his father before him as well. So Çavuş picked up the family tradition and started to learn the craft in his family’s workshop when he was in primary school. With the help of his father and grandfather, he soon became an expert coppersmith.

Çavuş’s copperware resembles traditional items and is adorned with symbols that are significant in Turkish culture to commemorate a variety of historical events and figures. His salep cauldron celebrates the history of Trabzon’s Sümela Monastery, a Greek Orthodox monastery built in the fourth century and dedicated to the Virgin Mary.

His works include more contemporary events and figures as well. His 2-meter-tall (6.5 feet) copper teapot, weighing 80 kilograms (176 pounds), is on display in the garden of a hotel. The item was intended as a gift to Barack Obama, the first African-American president of the United States. When Çavuş could not deliver his gift to the president, he decided to showcase it outside a friend’s hotel.

Speaking to Anadolu Agency (AA), the coppersmith said that copper is among the world's most important metals, and its craft is special and valuable. "If I were to be born again, I would be a coppersmith. I enjoy processing this metal and offering it to people," he said.

Çavuş also crafted a 1.4-meter-tall teapot, engraved with a figure of anchovy, a local and popular fish in Trabzon, to celebrate the 11th European Youth Olympic Festival, which was held in Trabzon in 2011. Noting that this work attracted a lot of attention, he mentioned that people lined up to take pictures with it.

The craftsman added that he wants to make a 2.5-meter shell as his latest work in memory of Seyit Ali Çabuk, usually called Corporal Seyit. The corporal, who was a gunner in the Ottoman Army, became one of the symbols of the Battle of Gallipoli due to his bravery and love for the country. Corporal Seyit was serving on the Mecidiye fort guarding the Dardanelles Strait on March 18 when his gun was heavily damaged in the heavy naval bombardment. Although the cannon was working, its shell crane was destroyed. Corporal Seyit, by himself, carried three artillery shells weighing 275 kilograms each to the 240/3 5-millimeter gun and managed to continue firing at the Allied Fleet.