Turkish master of horn jewelry sustains his art for half century 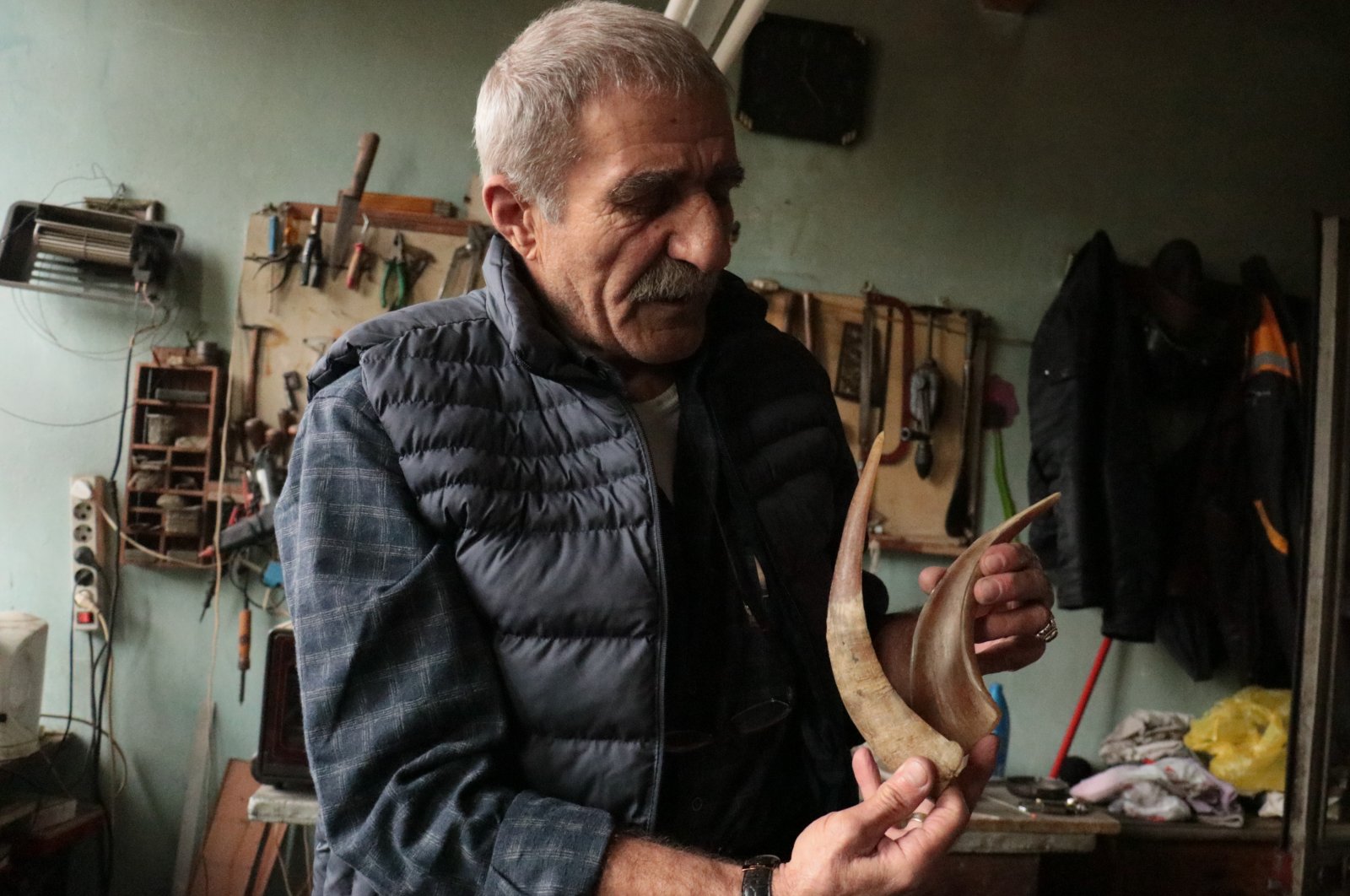 Pieces of jewelry sculpted from horns are a beautiful embellishment to any outfit, and it is not uncommon to come across people toting horn earrings, bracelets and necklaces. However, it is challenging to track down the makers of the jewelry – a process that requires great patience.

Turkish master Mehmet Atışan, who lives in the central village of Güneyköy in the northwestern province of Yalova, has been making jewelry for 51 years. What is intriguing about his craft is his employment of animal horns as his primary material for his eye-catching designs. Personal ornaments made from horns by the jeweler feature Anatolian motifs that can be traced back to the Neolithic settlement of Çatalhöyük as well as newer designs.

In order to create a piece of jewelry, Atışan first decomposes the bone components within the horn with crystal soda sourced from the waters of Lake Van. After this half of the chemical process, the master leaves the remaining part of the horn in a special solution to rest for eight months in the attic of his workshop before trimming the horn according to how much will be used and place it again in boiled crystal soda. “Half an hour later, I take it out and keep it over the glowing fire and give it a flat shape. I press it with a clamp so that its shape is not ruined. I remove the clamp some six or seven hours later. However, the horn waits in its flat shape for one more month. Then, I shape the horn through a fretsaw. Finally, I decorate it with silver and coral,” Atışan says.

Atışan was introduced to craftsmanship in his youth when he learned to process gold in his village, which is famous for jewelry making. Having learned how to process horns from a master in the village, 67-year-old Atışan has been keeping up the tradition since 1969. “I learned silver and horn jewelry processing from my master. For a while, I ran a shop of my own in Istanbul's Grand Bazaar. Then I started making products for the Ministry of Culture and Tourism. I received awards in nationwide jewelry design competitions. I display my products only at domestic and international fairs supported by the Ministry of Culture and Tourism,” he added.

Emphasizing that he adheres to the philosophy of “art for art’s sake,” Atışan shared that he has no material concerns when it comes to his job. “I like making products. All of them have different color transitions. I am a man in love with horns. I would not sell a single work of mine if I could because I cannot find another horn of the same color and the same texture.”

Atışan uses agate, coral and turquoise stones to decorate his jewelry, and it can take up to 10 months to create one piece. Atışan stated that he has crafted many horn pieces for Turkish statespeople, bureaucrats and celebrities.

The master is one of the last artists of the dying craft and hopes to pass down the tradition to the younger generation in his workshop. Although he has taught 300 hours of courses at the Public Education Center in his city, he has yet to find anyone willing to embrace the profession. “I sought to find 10 university students in the course and wanted at least two of them to pursue this profession. However, most of the course attendees were retired people. Unfortunately, our young people do not have patience in the present day to sustain such an art," he said.