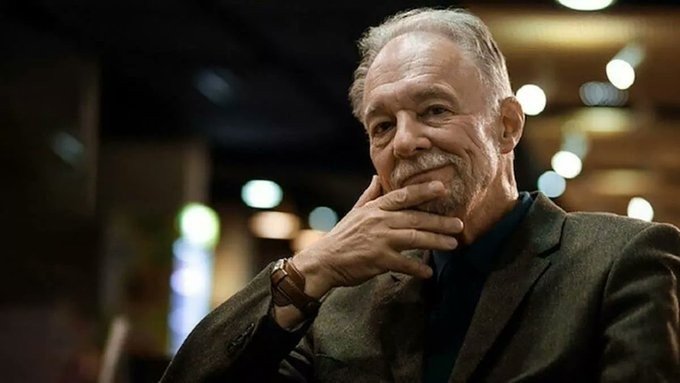 Presidential Culture and Arts Grand Award winner professor Şaban Teoman Duralı has passed away at the age of 74. Duralı, who underwent two surgeries for cancer treatment in November, passed away at his home in Istanbul.

Duralı’s body will be interred in his family grave in the Aşiyan Cemetery after the funeral prayer that will be held at Fatih Mosque this afternoon.

After the death of philosophy professor, biologist, academician and thinker Duralı, many important figures expressed their sadness and condolences on their social media accounts. President Recep Tayyip Erdoğan published a message of condolences for the death of Duralı, who was a member of the Presidential Science, Technology and Innovation Policies Council. Stating that Duralı was one of the most important members of Turkey's intellectual world, President Erdoğan said in his message: "Our teacher, who is one of the names who will receive the Presidential 2021 Culture and Arts Grand Award in the field of science and culture, has also provided unforgettable services to our intellectual world with his works, students, conversations and studies he has done in the country and abroad. May God have mercy on our teacher professor Şaban Teoman Duralı. My condolences to his family, students and loved ones."

Presidential Communications Director Fahrettin Altun said, “Our pain is great. We lost professor Şaban Teoman Duralı ... He always struggled for his homeland. May your place be heaven, my dear teacher. We know that your works and ideas will always live on.”

Presidential Spokesperson Ibrahim Kalın wrote: “My venerable teacher, Teoman Duralı, walked into eternity. What a beautiful person he was with his mind, heart, emotions and stance. We had the best lessons of my university years with him. I have always been blessed with his knowledge and wisdom.”

First lady Emine Erdoğan also posted on her social media account: "The death of a scholar who enlightens earth is like the death of the world. It is with great sadness that I learned of the death of our teacher Şaban Teoman Duralı, the precious name of our world of culture and thought. May God have mercy on him.”

On life of Duralı

Professor Şaban Duralı was born in 1947 in the Kozluk district of northern Zonguldak province. He completed his primary education in Zonguldak and his secondary education at TED Ankara College. After graduating from Istanbul University’s Department of Philosophy in 1973, Duralı started to work as an assistant in the department he graduated from in 1975. He attended biotechnology seminars in Paris in 1978 with a NATO scholarship and became a professor in 1988 with various theses he wrote on the philosophy of biology.

Duralı, who gave lectures at the International Islamic University Malaysia in Kuala Lumpur and the University of Vienna as a visiting professor, made a research trip to Kazakhstan, Kyrgyzstan, Uzbekistan, Tajikistan and Turkmenistan in 1996 with the financial support of the Istanbul University Research Fund. He also worked for a while at Ahmet Yesevi University in Kazakhstan.

Duralı became the head of the Department of History of Philosophy at Istanbul University in 1999. Serving as the dean of the Faculty of Science and Letters at Kırklareli University, where he founded the philosophy department, between 2009 and 2015, he was also editor-in-chief of Kutadgu Bilig journal. His Turkish and English articles and translations were published in many journals and newspapers. Duralı also created the program "Philosophy Talks," which aired on TRT 2.