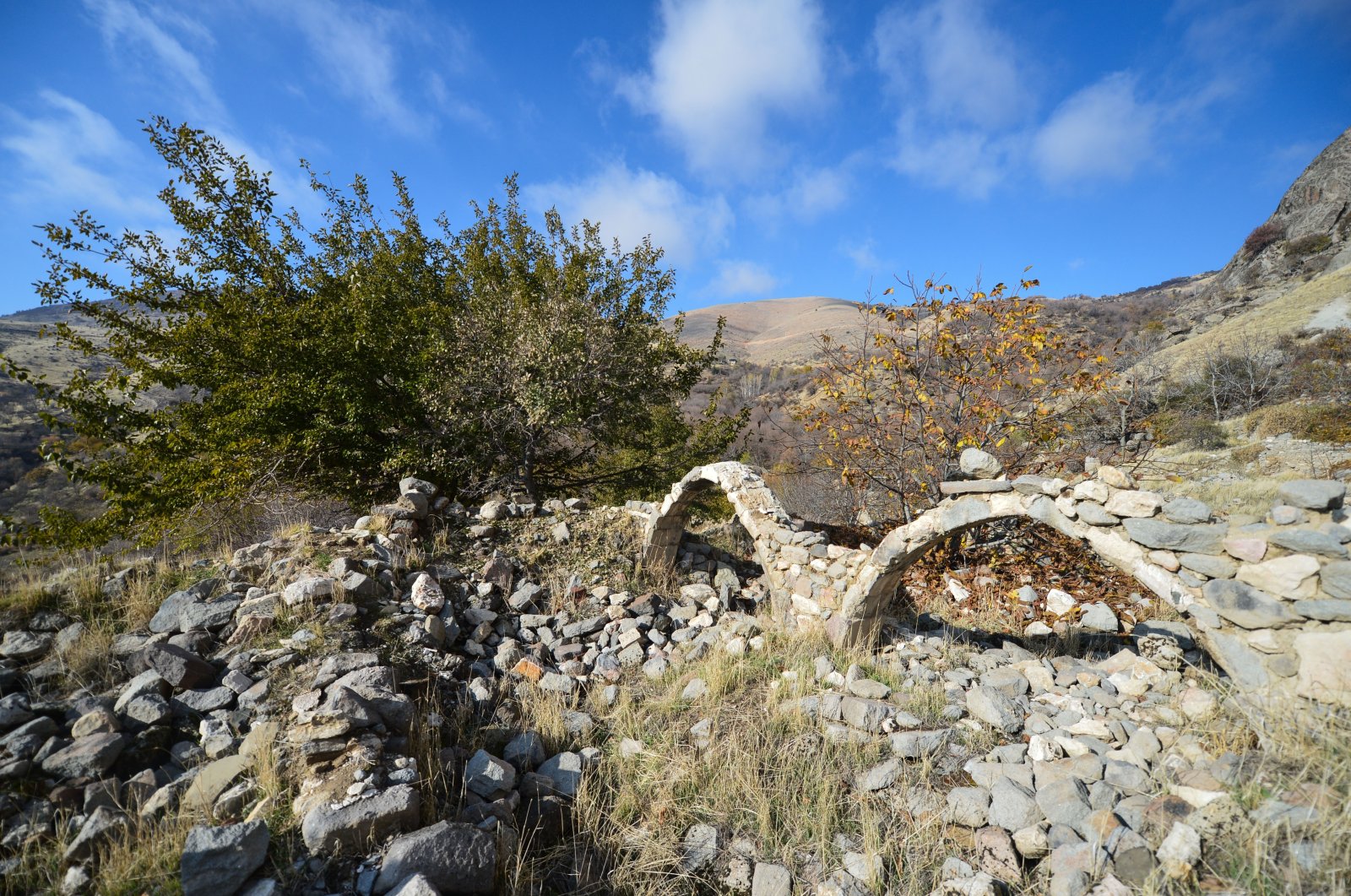 The old settlement of the Ulukale village in eastern Tunceli province’s Çemişgezek district takes nature and photography enthusiasts on a journey through history with its earth houses built with local architecture, fountains, mills and mosque arch ruins.

Located at an altitude of 940 meters (3,084 feet) above sea level, Tunceli offers attractive beauties with its natural, historical and cultural riches in every season of the year. The city is of great importance with its rich flora, wildlife presence and biological diversity. Also, the districts of Ovacık, Pertek, Nazımiye, Hozat, Pülümür, Mazgirt and Çemişgezek, whose population varies between 3,000 and 5,000, are frequented by a number of nature enthusiasts due to their historical, natural and touristic beauties.

The Çemişgezek district is one of the places that offer beauties worth seeing every season, including the Tagar Bridge, and the old settlement at Ulukale village famous for its mulberries. The old Ulukale village, located about 30 kilometers (18.64 miles) away from the district center, attracts visitors with its adobe structures, tombs, fountains, bathhouses, mills and ruins of a round-arch mosque.

Nature and photography enthusiasts who come to the village on daily trips from surrounding provinces and districts enjoy their time among the ruins that bear traces of the past, while the former residents of the village sometimes visit the areas where their old homes and schools are located, remembering the old days.

Speaking to Anadolu Agency (AA), photographer Malik Kaya said he admires the historical texture of the old Ulukale village. Expressing that the village has a different beauty in every season, Kaya stated: “The village was built on a big mountain many years ago but had to be evacuated later for various reasons. Thus, the new village was rebuilt about 3 kilometers from the old settlement. The old village settlement looks very natural and beautiful at all times of the year. Within the borders of the village, there are the remains of mansions and old earthen houses built many years ago.” Kaya noted that the Ulukale village is a suitable area to take photos of the history, adding that sightseeing groups often visit the area.

Hasan Yüksel, one of the former residents of the village, said that he sometimes visits the area of the old village settlement to reminisce about good old days. Yüksek stated: “There was a watermill here, from which we had made our living. In this village, our biggest source of income is now mulberry cultivation and our village is very beautiful. I love my village.”