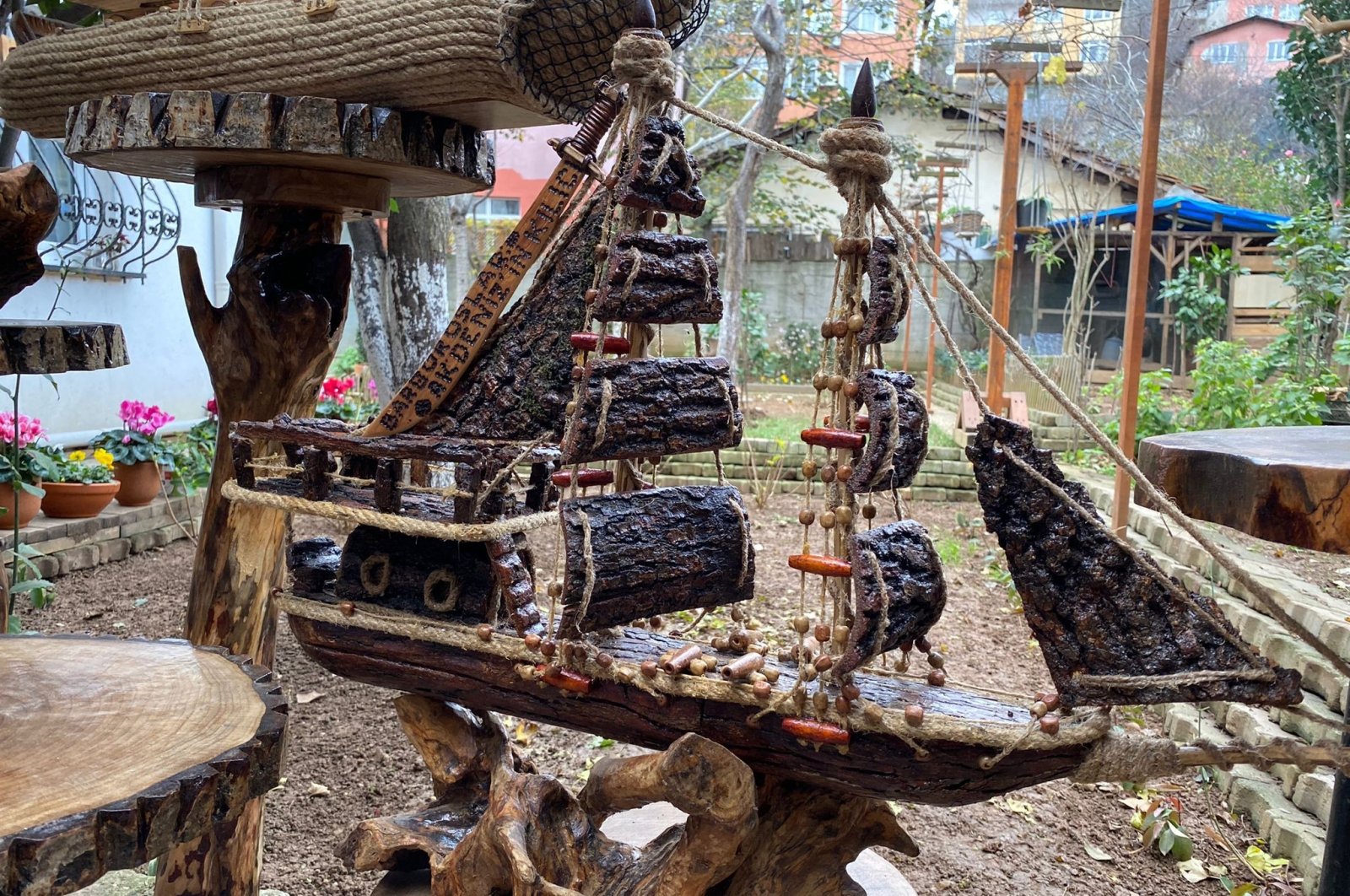 Head chef Mustafa Avcı, who lives in Istanbul's Beykoz, began wood carving as a hobby after being unemployed due to the pandemic. Avcı creates art from the rotten trees he collects from the forest. Avcı has developed his hobby so much that he now makes a living by selling his wooden art.

Avcı, who gives life to the rotten or dried tree pieces he collects from the forests, offers his products for sale on his own social media accounts. Saying that he has produced these products with insufficient means at his disposal, Avcı stated that he could produce better artwork if he finds support.

'After I built a birdhouse, I realized I have a predisposition for this'

He explained how he started the wood carving business: “I am a head chef. I became unemployed due to the pandemic. While helping my sister in the garden, she asked me to build a birdhouse. After I built a birdhouse for her, I thought I'd build one for my children as well. The birdhouse I built for them looked like a big farmhouse. After that, I realized I have a predisposition for the craft."

As the appreciation for his artwork by the people around him grew he was encouraged to make more pieces of artwork. He explained that friends and family provide him with uprooted and damaged trees. He also goes out into the forest and collects waste wood, rotten branches and roots. He then makes various different objects from what he has collected and sells them at his stall and etches out a living following his unemployment.

“Because I was unemployed due to the pandemic, I could not find a suitable job for myself. I saw that I had a talent for this and I had to support my household. Of course, I thought of turning these works into money and earning an income. For almost a year, I have been trying to support my household with the income I have earned from my artwork," he explained.

He also has some other skills. Avcı can also make handicrafts and decorations from vegetables, fruits and watermelons, a skill he learned when he was a hotel cook. This gave him a good base for his woodcarving.

"But I also design a different dream for every branch and tree I see. I have a bit of an imagination. Over time, I carve it on the object in my mind and these different products come out. I also see the admiration of the people around me. The more I see it, the more I like it and I become happy,” he explained.