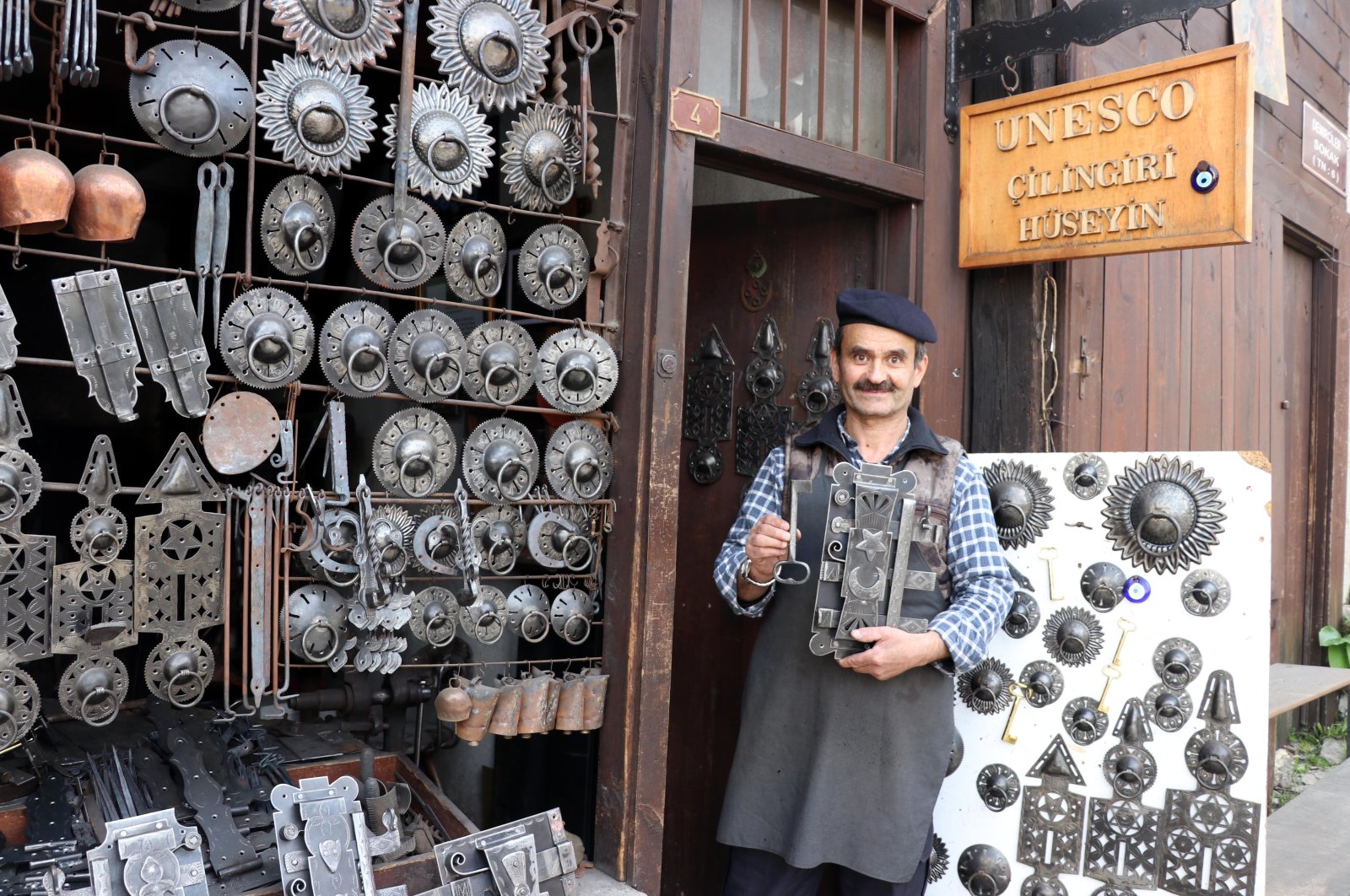 A master locksmith continues his artistic work and produces all kinds of decorative door fixtures – symbols of Turkish urban culture – in Safranbolu, a Turkish UNESCO World Heritage city, during the Muslim holy month of Ramadan.

The Safranbolu district of Karabük province is a typical Ottoman city in northern Turkey that has protected historic Turkish architectural character. The architecture influenced urban development throughout much of the Ottoman Empire. Houses in the district are built of stone, in contrast to wooden houses. And all the houses have a historic and characteristic door knob.

Hüseyin Şahin Özdemir, 58, is a locksmith in this city. He produces historic and characteristic door knobs, hinges, locks, door knockers and handles to preserve the architectural character of the district and has earned the name "UNESCO locksmith" from locals. All of the door fixtures transform into a work of art in his hands.

Özdemir said he tries to keep the historical character of the region alive. "Although there were no opportunities in history like today, people living in past periods made fantastic works that would survive for at least two centuries. I try to protect and keep their works alive to show my respect to them," he said.

The most challenging aspect of his workshop, he said, is temperature. "The forging and annealing of iron require temperatures of between 800 degrees Celsius (1,472 degrees Fahrenheit) and 900 degrees Celsius (1,652 degrees Fahrenheit). This temperature affects the air of the workshop and increases the ambient temperature. Normally, generally, we would have difficulties working in these conditions," he said. However, Özdemir said he does not have difficulties in Ramadan because the holy fasting month provides spiritual support and motivation.