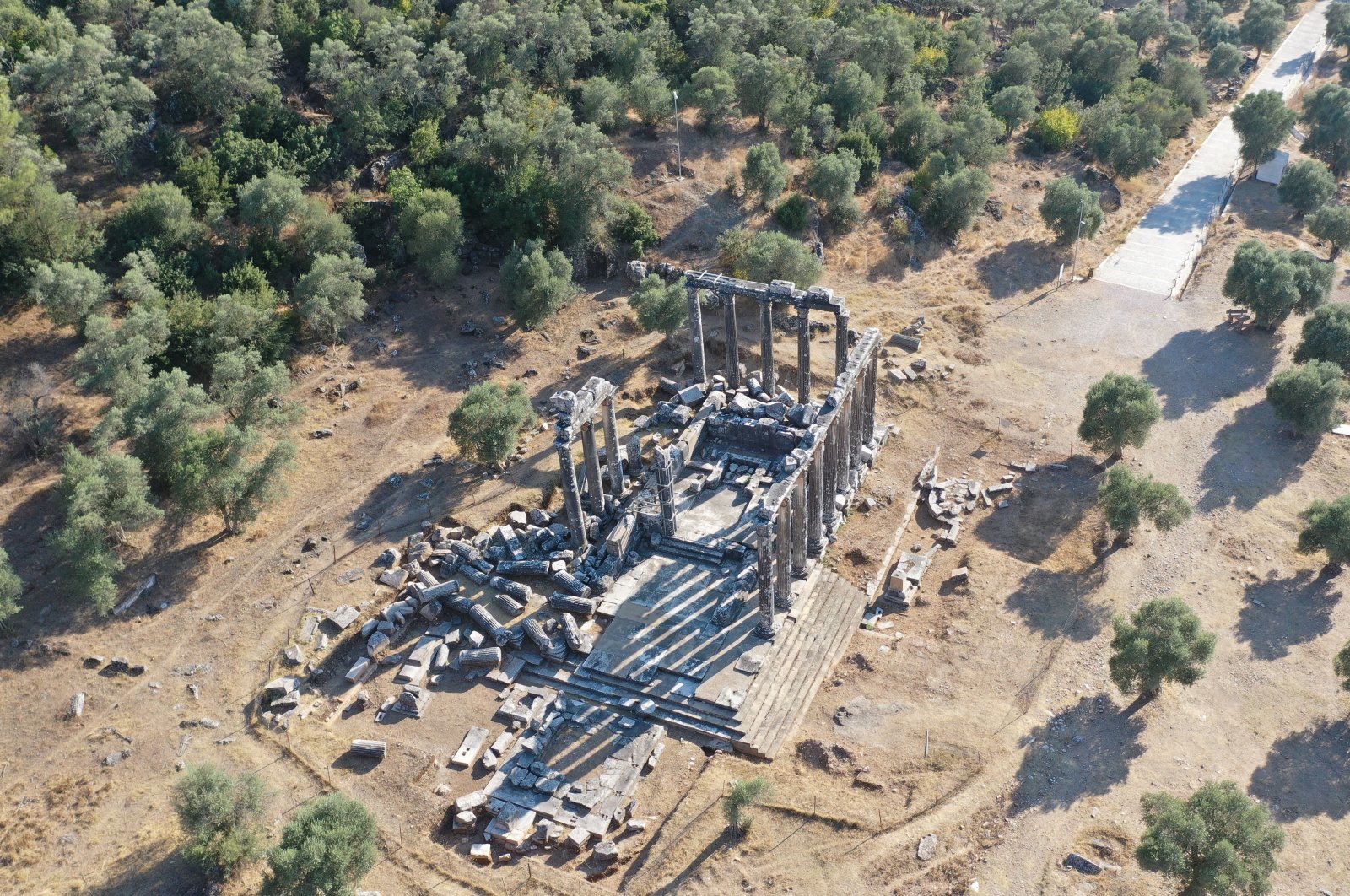 A number of items uncovered during excavations in the ancient city of Euromos in the Milas district of southwestern Turkey's Muğla are being restored by a team of experts, working under the direction of professor Abuzer Kızıl of Muğla Sıtkı Koçman University.

The recently discovered artifacts include tile works, vessels and grave markings, causing excitement among the team of archaeologists working at the site.

Euromos is a draw with visitors interested in discovering the area's historical richness and archaeological significance. The Temple of Zeus, one of the best-preserved temples in Anatolia, as well as an ancient theater, agora and necropolis, mean the area is ever-abuzz with visitors from across Turkey and beyond.

Archaeologists regularly clean and restore artifacts and pieces at a laboratory, based at the local excavation house.

In an interview with Anadolu Agency (AA), Kızıl said the team was working on the tile works, thought to compose part of the graves unearthed in the necropolis area. He added that they were attempting to piece the items together to recreate the original tombs. "The finds could be dated across a period stretching from ancient to Byzantine times," he said.

He also pointed out that the excavation team also uncovered some unique vessels and graves. "Laboratory studies constitute a major part of the work being conducted at the site," he said.

"The artifacts we are currently working on include Roman and Byzantine-era tile tombs. Architectural elements like terracotta, which we think are interesting for this region, are extremely significant. We are evaluating them. In fact, all kinds of artifacts directly related to the city's history are being restored, with a lot of attention to detail."

Kızıl said his team was working to re-erect the Temple of Zeus, nearly 90% of whose architectural elements have survived to date.