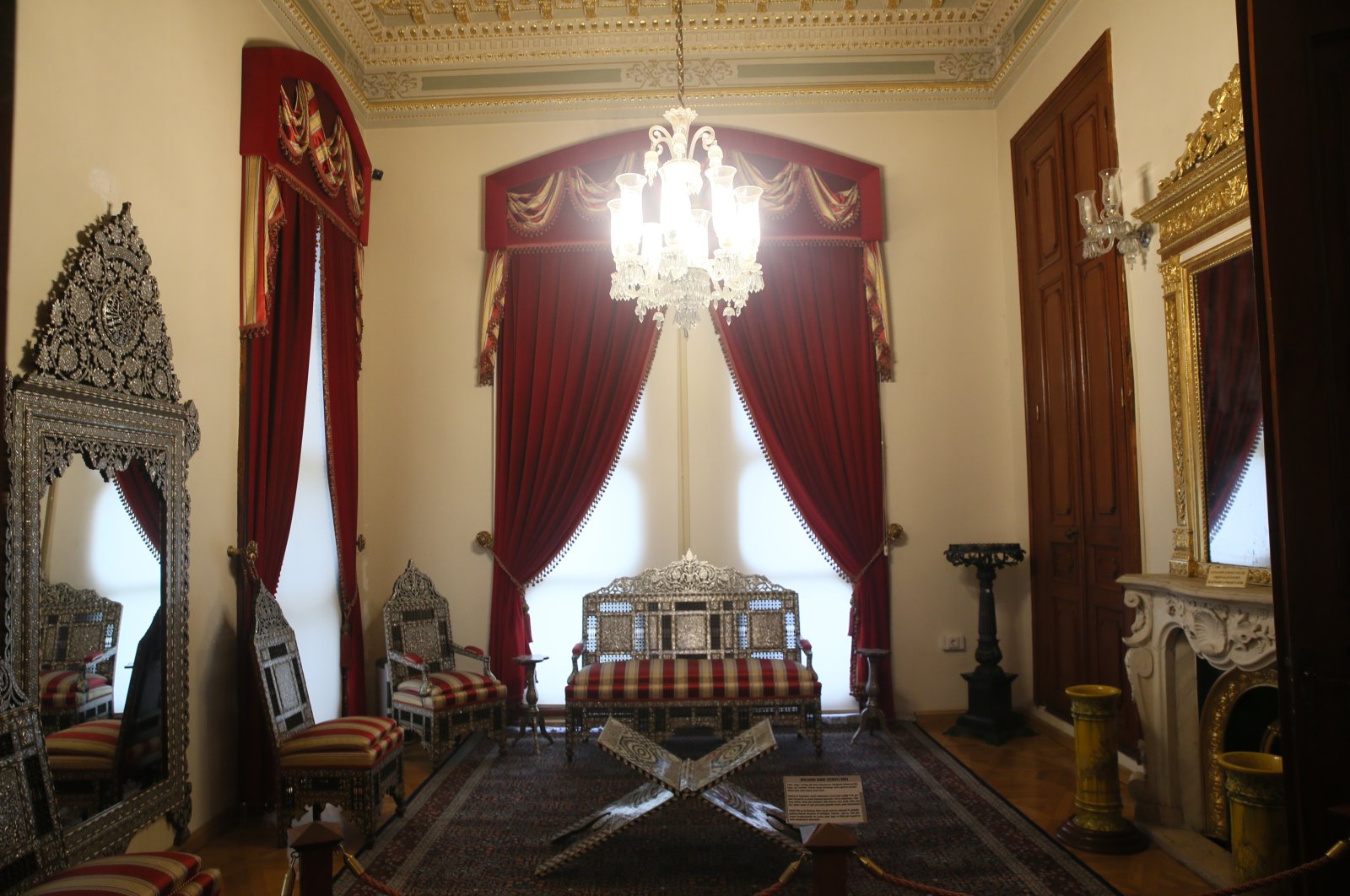 Kasr-ı Hümayun (the Imperial Pavilion) of northwestern Turkey's Kocaeli province, which took its modern form under Sultan Abdülaziz's reign between 1861-1876, and was the historical location where republic founder Mustafa Kemal Atatürk met with journalists to share his idea of the republic, still stands today and retains its magnificent grandeur.

The pavilion, which is located in the city of Izmit, has weathered earthquakes and fires and has served many Ottoman sultans, as well as Atatürk and other historical figures like French author Claude Farrere.

Kocaeli Museum Director Serkan Gedük touched upon the importance of the Imperial Pavilion, which is also known as the “Little Palace,” “Hunting Pavilion” and “Sultan's Mansion,” and said that it was the only palatial structure constructed outside Istanbul apart from those in the empire's former capitals in Bursa and Edirne.

Gedük went on to explain the historical journey of the pavilion, saying that it was first built during the period of Ottoman Sultan Murad IV (1623-1640) as a wooden structure but had to be rebuilt due to disasters like earthquakes and fires.

The final form of the pavilion was designed by Armenian-Ottoman architect Garabet Amira Balyan on the order of Sultan Abdülaziz during the 19th century. Balyan was most famous for his work in constructing the Dolmabahçe Palace, which served as the sultan's residence in the final centuries of the empire. “The structure reflects the typical features of 19th-century civil architecture, which was a time of westernization. The influence of baroque and imperial styles of the time's architecture can be clearly felt,” Gedük told Anadolu Agency (AA).

Gedük then detailed the architectural structure of the pavilion. “Although many sources say that the Imperial Pavilion is a two-floored stone structure, it also houses a basement,” and added that the historical pavilion was built through a marriage of elegance and simplicity.

Gedük then emphasized the decorative beauty of the pavilion, stating that the interior ornamentation of the structure was completed by decorator Sepon Bezirciyan in 1858 and it was such a success that it gained him the title of a palatial decorator, which would later allow him to be one of the artists who helped decorate the interior of Dolmabahçe Palace in Istanbul.

“We also know that the ornamentation of the structure has been repaired and that the adornment of the ceiling was done by French painter Sasson as an oil painting on top of plaster,” Gedük said and added that there were several symbols and motifs on the ceiling painting including the Turkish flag, instruments of war, justice and music, along with the tughra, or signature, of Sultan Abdülaziz. Other than these, the painting also contains depictions of nature with flowers, fruits and animals as well as grand scenes.

Gedük stated that one of the most important roles that the Imperial Pavilion played in its almost two-century-long life was hosting a meeting between Atatürk and journalists. “Atatürk arranged a meeting with journalists in the Imperial Pavilion in 1923. He shared with the journalists the idea of the republic, which was to be declared on Oct. 29 later that year, and asked for their opinion,” Gedük said. He underlined the importance of the meeting by saying that the new path of Turkey was decided in that meeting and the foundations of the republic were laid.

The Imperial Pavilion was used as the Provincial Government Office until 1967, then it was converted into the Izmit museum and finally in 2005, after restoration, it was decided that the historic structure would serve as a palatial museum, a service it still carries today.