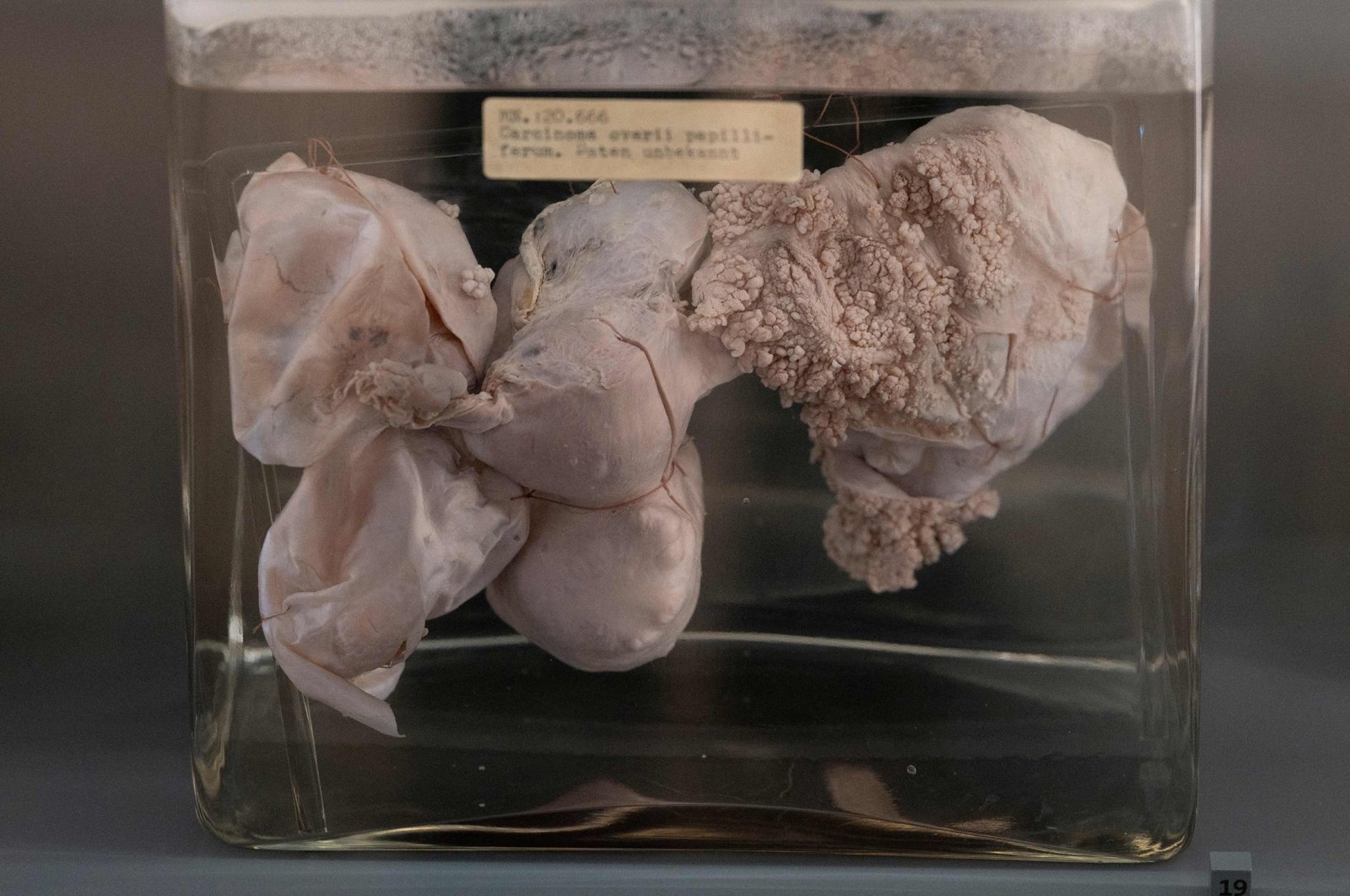 Vienna's prestigious Natural History Museum has a unique conundrum on its hands – one in the form of a collection that has been recently renovated. Admittedly the museum has been dealing with that conundrum for quite some time now, but the recent renovation has brought it once again into the spotlight: Curating and displaying a vast trove of human medical remains, some dating back more than two centuries, without crossing modern red lines of ethics and good taste.

The collection of around 50,000 human body parts – including the likes of a vast, bloated liver, an infant with lacerated skin, to the deformed skeleton of a young girl – was first conceived in 1796 to help train medical students.

In today's world, such gruesome galleries raise tricky questions over whether the public good outweighs moral issues such as human dignity, power and exploitation, and the consent of those – admittedly long dead – subjects on display for all.

“We try to avoid voyeurism by giving as much explanation as possible,” says curator Eduard Winter, pointing out that photography inside the galleries is not allowed.

Winter said he hopes that when museum-goers are confronted with “a 30-kilogram (66-pound) liver... they will realize what alcohol can do to the human body.”

Curious visitors can also learn about the effects of viruses on the body or what burn injuries to blood vessels look like. They can peer at human organs, skulls and body parts – exhibits that some other countries restrict to researchers.

For its supporters, education around the scientific investigation of disease and human health means access to the collection is in the public interest.

“Everyone will have to face illness one day,” exhibition director Katrin Vohland says.

“Some people come because they themselves are affected” by certain health problems, while others “want to know more about how science has progressed,” she adds.

The exhibition reopened to the public in September, with only a portion of the world's largest publicly accessible anatomical pathology collection put on display at the renovated museum.

“I knew the former exhibition, but the current one is much better prepared, because everything is described, there is much more information,” biology teacher Christian Behavy said during a recent visit to the museum by Agence France-Presse (AFP).

Behavy, who was leading a group of teenagers around the museum, said that his class “could take the information in better” from the exhibits than from textbooks.

Nevertheless, some of the students did seem taken aback by what they saw – the skeleton of the girl with hydrocephaly, for example, or the preserved body of an infant with lacerations on the skin.

Human remains have been a part of such displays in Europe since the late 16th century when Egyptian mummies were first exhibited.

But according to Marie Cornu, a director of research at France's CNRS institute and an expert on property law as it relates to cultural artefacts, the early 2000s saw a “new level of awareness” on the issue.

The debate was sparked by South Africa's demand for the repatriation of the remains of Saartjie Baartman, a woman from the Khoisan people who was paraded for show in Europe in the 19th century.

After her death, her body was dissected and her skeleton, skull and genitalia were displayed in Paris's Museum of Mankind until 1974.

Controversy also surrounded the plasticizing of human remains displayed in blockbuster commercial exhibits in the mid-2000s, with some cities banning the shows on the grounds that organizers could not verify adequate consent and the provenance of body parts.

It has only been in the past 20 years that institutions have “begun to ask themselves questions,” says Cornu.

To aid such discussions, the International Council of Museums has put together a code of ethics that stipulates that human remains “should be acquired only if they can be housed securely and cared for respectfully.”

This must also be done with due attention to “the interests and beliefs” of the community of origin.

Herwig Czech, professor of the history of medicine at the University of Vienna, says that today it would be unthinkable for “someone to die in a hospital and then reappear in an exhibition.”

Eloise Quetel, head of medical collections at Paris's Sorbonne University, has also had to grapple with the ethics of such displays and thinks that “they can't be presented as they were before.”

Visitors need to be told “why these collections were put together and preserved,” she says.

While the Vienna exhibition doesn't raise as many thorny questions relating to colonialism as those in other European countries, Vohland says care must be taken that nothing was obtained illegally and to “know the context in which the specimens arrived.”

“It's very important to know what we can show the public.”