Who read what in Ottoman Empire?: Authors, books and readers 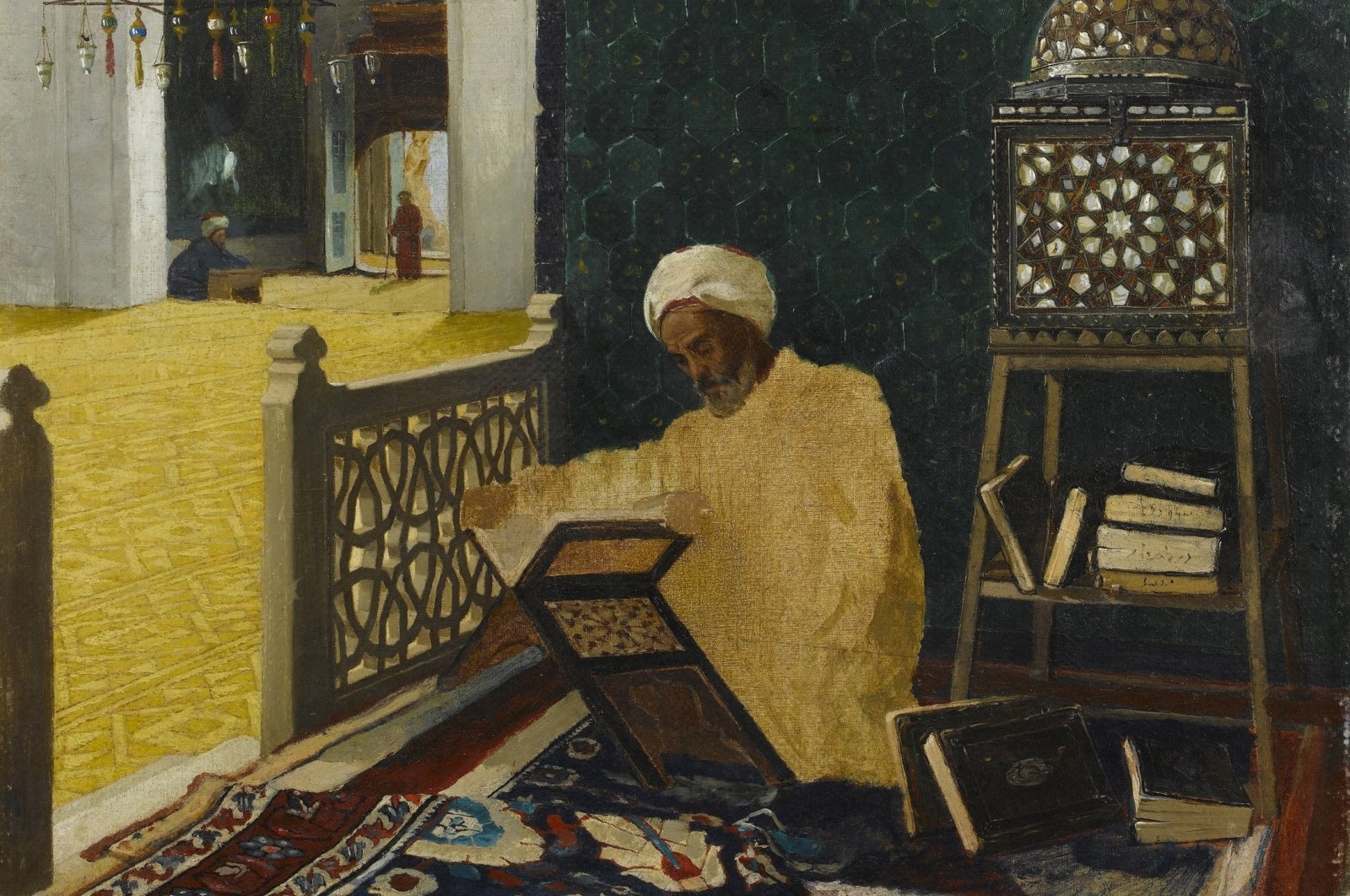 Discover which literary works were popular among Ottoman readers, who were the bearers of the empire’s culture even after its fall

The best-seller section attracts the greatest attention in bookstores. When we are buying books, we cannot do so without looking at the best-seller lists. Best-selling books are one of the most visible indicators of the cultural life of a nation – and have been for hundreds of years.

In the 17th century, the intellectual level of the Ottoman Turks reached its peak. There were many books that shaped the cultural lives of the Turks, who were the founders and administrators of the state. As the wars decreased and diplomatic relations increased, Turkish culture and art reached a refined form. Their strong cultural structure even manifested itself in the West. As a matter of fact, this dominant cultural harmony led to the birth of the Turquerie movement, the 17th-century European trend of following Turkish fashion.

Extensive studies of Ottoman literary culture reveal the widely read works of those times. Turkish researcher and professor Ismail Erünsal's deep work on this subject offers us a lot of information. Numerous copies of certain books, a large number of annotations and footnotes cited in these books, notes written in book catalogs and the memoirs of Ottoman intellectuals reveal which books were most popular.

Tens of thousands of books

These famous works were read either individually or collectively during conversations in mosques and lodges. Not only did they nourish the people from a spiritual point of view but they also had the task of educating and training them.

Scientists read every work related to their fields according to a certain methodology. Bibliographic works on this methodology and on which book to read for which branch of science were also written.

At the top of the list of such books, which were frequent sources of information for those who dedicated themselves to scientific study, “Kaşf az-Zunūn” (“The Removal of Doubt from the Names of Books and the Arts”) was the most famous. This Arabic-language work is a very comprehensive bibliography and encyclopedia of sciences by Katip Çelebi, also known as Haji Khalifa, who held an important place in the life of 16th-century Ottoman scientific and intellectual life with his multifaceted personality.

The work contains extensive Arabic literature as well as Persian and Turkish studies. With its nearly 15,000 books and booklets as well as the names of some 10,000 authors, it gives information about more than 300 branches of science. With further additions, its volume gradually grew.

German orientalist Gustav Leberecht Flügel made this work’s first printed publication in seven volumes. It was published in 1835 in various cities, especially in the German city of Leipzig and later in London. The work has been one of the most popular books for orientalists.

Not every book can be read

The works read by the public do not contain such a wide variety as those read in scientific circles. In Ottoman society, it was considered essential for everyone to have knowledge on the subjects they needed personally and to be raised according to their temperament and abilities. For this, the principle was adopted that "reading a lot of books is not ingenuity, reading the right book often is ingenuity."

At the heart of Ottoman culture, the Quran was surely one of the most widely read books. The holy book was read both individually and collectively, and everyone, young and old alike, knew it. At least one child in each family was guided to be the “hafız,” that is, the one who memorizes the Quran from beginning to end.

One of the things that the Ottoman Turks were the most sensitive to was the love of Prophet Muhammad. The work that the Ottomans read the most after the Quran also fed this feeling. “Vesiletü'n-Necat” (“Opportunities for Salvation”), written in 1409 by Süleyman Çelebi, one of the Ottoman scholars of the early period, was one of the best sellers in the empire.

The work is famous for the name “Mawlid,” meaning “birth” in Arabic, because of the fact that it describes the birth of Prophet Muhammad. Other Turkish mawlids were written before this book. After Çelebi’s book gained popularity, some poets also wrote literarily successful mawlids. However, it is the mawlid of Süleyman Çelebi that became the most read. Even now, it has not lost its popularity among the public and continues to be read on religious occasions to this day.

Biographical and moral books that nurtured the love for Prophet Muhammad were most popular. One of the most popular of these books, which are called “Ahmadiyya” or “Muhammadiyya,” is the book “Envarü'l-aşıkın” (“The Light of Worshippers”). According to research, it is one of the books that women in particular read the most.

At the beginning of the book, which has four chapters, the creation and secrets of the universe and the world, all the prophets and their characteristics, and the life of the last prophet is told. Prophet Muhammad's exemplary morality, worship, blessed days and death, as well as Judgement Day and the afterlife are addressed.

A book carried on mules' backs

At the top of the most widely read works after “Mawlid” comes the book titled “Miftahul-Cennet” (“Key to the Gates of Paradise”), which is estimated to have been written in the late 14th century and the early 15th century. Some researchers consider the book anonymous, while others say it was written by a scholar named Muhammad bin Kutbuddin Izniki, who died in 1480.

The book is popularly known by the name “Mızraklı Ilmihal” (“Catechism with Spears”) because of the decorations resembling spears at the beginning of the book. In fact, the word “catechism” refers to a work that contains basic information about any field, and books containing basic religious information in Turkish bear this name. The religious provisions that a Muslim needs the most in daily life are explained according to their degree of importance in Turkish catechisms.

“Mızraklı Ilmihal” was the most interesting among the works prepared in this type during the Ottoman Empire. It was known almost by heart for being widely read by both the young and the old, from senior statesmen to artists. Researchers who want to understand the Ottoman worldview should read it at least once.

Aware of the religious disinformation among the people in the previous century, Sultan Abdülhamid II (1842-1918) ordered that this work be printed at the state-owned publishing house and sent to various parts of the empire – so much so that this book was sent on mules' backs to mountain villages that did not even have a path, by order of the sultan. After the fall of the empire, classical Ottoman culture was passed along by the masses who had read this book.

Since the Ottoman state was an empire with a multinational structure, each nation had its own cultural life – which brought a very rich cultural diversity. In the classical era, there was no sense of nationality in the current sense. The state classified its subjects on a religious basis.

When we look at it on a subject basis, we see that Muslims read similar works on the same topics but written in their own language. The popularity of these works was maintained for centuries, both among the public and in intellectual circles. Therefore, a Muslim Turk from Central Anatolia, a Muslim Albanian from Rumelia and a Muslim Kurd from Damascus shared a common worldview and religious lifestyle, while their cultural differences were related to the geography in which they lived.

There were also popular works that informed the public not only religiously but also psychologically. Although “Müzekinnüfus” (“Cleansing of Souls”) by Eşrefoğlu Rumi, one of the famous Sufis of the 15th century, is described as a religious work, it is essentially a book of psychology.

The book tells about the creation of man and teaches that he must adjust his character and habits in accordance with this creation, stay away from evil and deceitful people and actions, be with good people and be useful first to himself and then to other people around him.

This work, which deals with Sufi topics in plain Turkish, served as a source of relief for readers and a guide to putting their lives in order. Many other works that served this task were read over and over again in book assemblies. The translations of Mevlana Jalaladdin Rumi's “Masnavi” is one of them. With the expansion of printing, the course of reading in Ottoman geography began to change. However, these books have always remained popular.