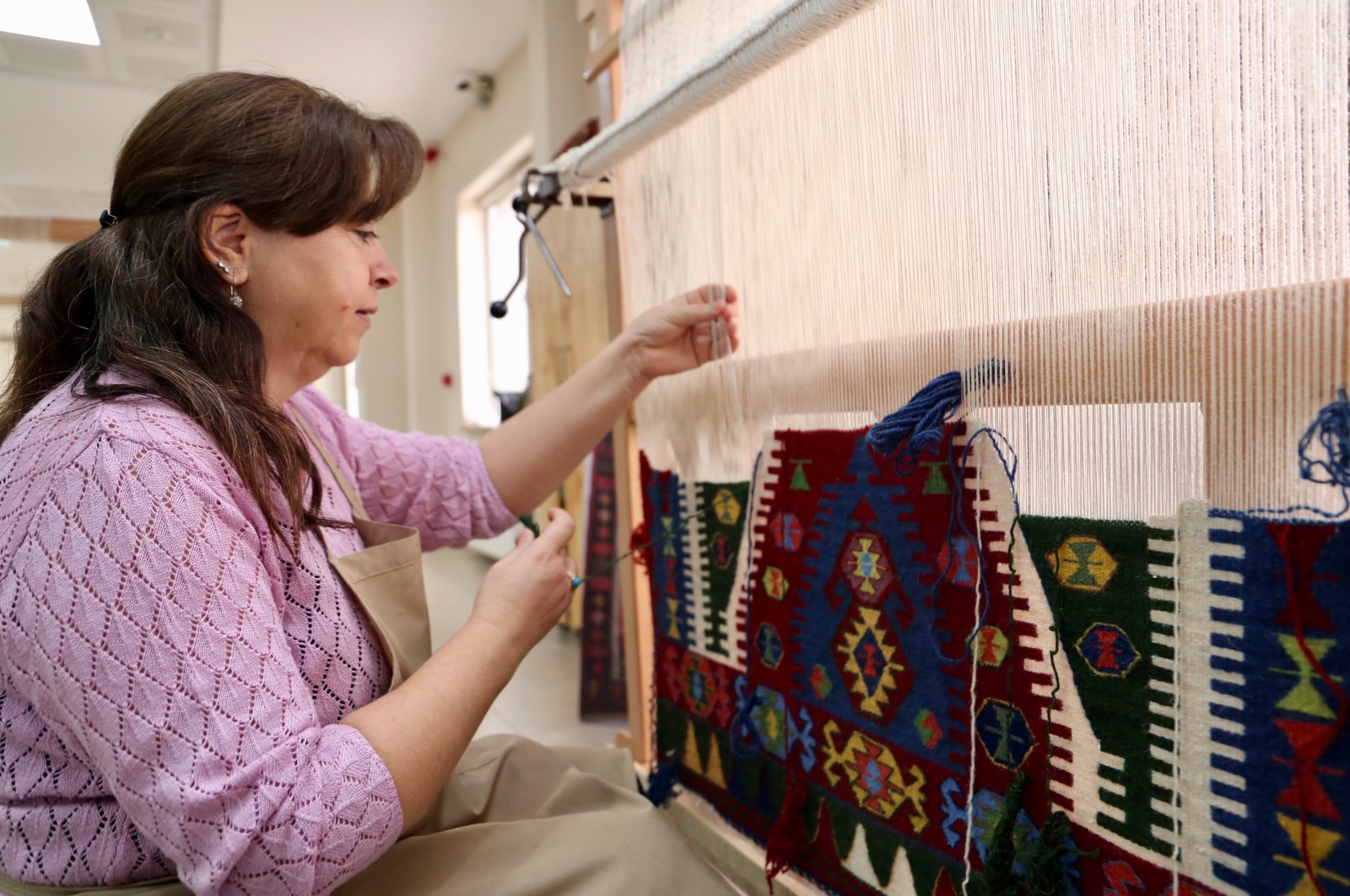 A course attendee weaves her rug at a workshop in Sivrihisar. (AA Photo)
by Anadolu Agency Mar 15, 2020 11:48 am
RECOMMENDED

The women of Sivrihisar, in the northwestern province Eskişehir, have been renovating old rugs with weaving techniques that have survived across generations.

Sivrihisar Municipality has started to work to ensure the survival of the art of rug weaving, which could otherwise fall into oblivion. For more than a year, officials have studied old rugs around the town and surrounding rural areas and held talks with locals who have inherited the skill. Officials have since founded courses in municipal art workshops.

A total of six women participating in the course, led by expert Zeynep Güralı, are working to revive a number of old rug styles using the age-old techniques passed down by their ancestors. The rugs woven in the workshop will go on exhibit at the Sivrihisar Rug Museum.

In an interview with Anadolu Agency (AA), Sivrihisar Mayor Hamid Yüzügüllü said the local authority had launched the rug weaving course around three months ago, stating that: “Our townswomen weave rugs to contribute to their home finances. But we also want to enable them to have a social life. The women weave their very emotions into the rugs, as they have done throughout history”

Zeynep Duralı, another instructor in the rug-weaving workshops, stated that weaving, which was common in the district in the past, has declined over the past decades as the younger generation takes little interest in it.

Duralı emphasized that they were trying to revive this tradition via the course, along with activities run by the Sivrihisar Rug Museum, saying: “Women used to convey their feelings, thoughts, pain and joy in rugs. You can get the mood of a woman from the rug she has woven. Traditionally, the heart-stricken weave dark colors, the happy weave brighter colors, and girls who want to get married use various motifs to indicate their feelings. We will continue to weave rugs at the rug museum and carry on putting them on display. In the meantime, we will also paint roots and produce ropes.”

Hamide Karatepe, a course attendee, said she loves handcrafts and had applied to the rug weaving course as soon as she heard about it. Stating that she was going to the workshop to weave every day, Karatepe expressed a strong desire to showcase the town's famous rugs to the whole world. Şirvan Karatepe, meanwhile, who attends the course with her mother, said she is interested in weaving rugs and that they are working to hand down Sivrihisar’s rug-weaving techniques to future generations.