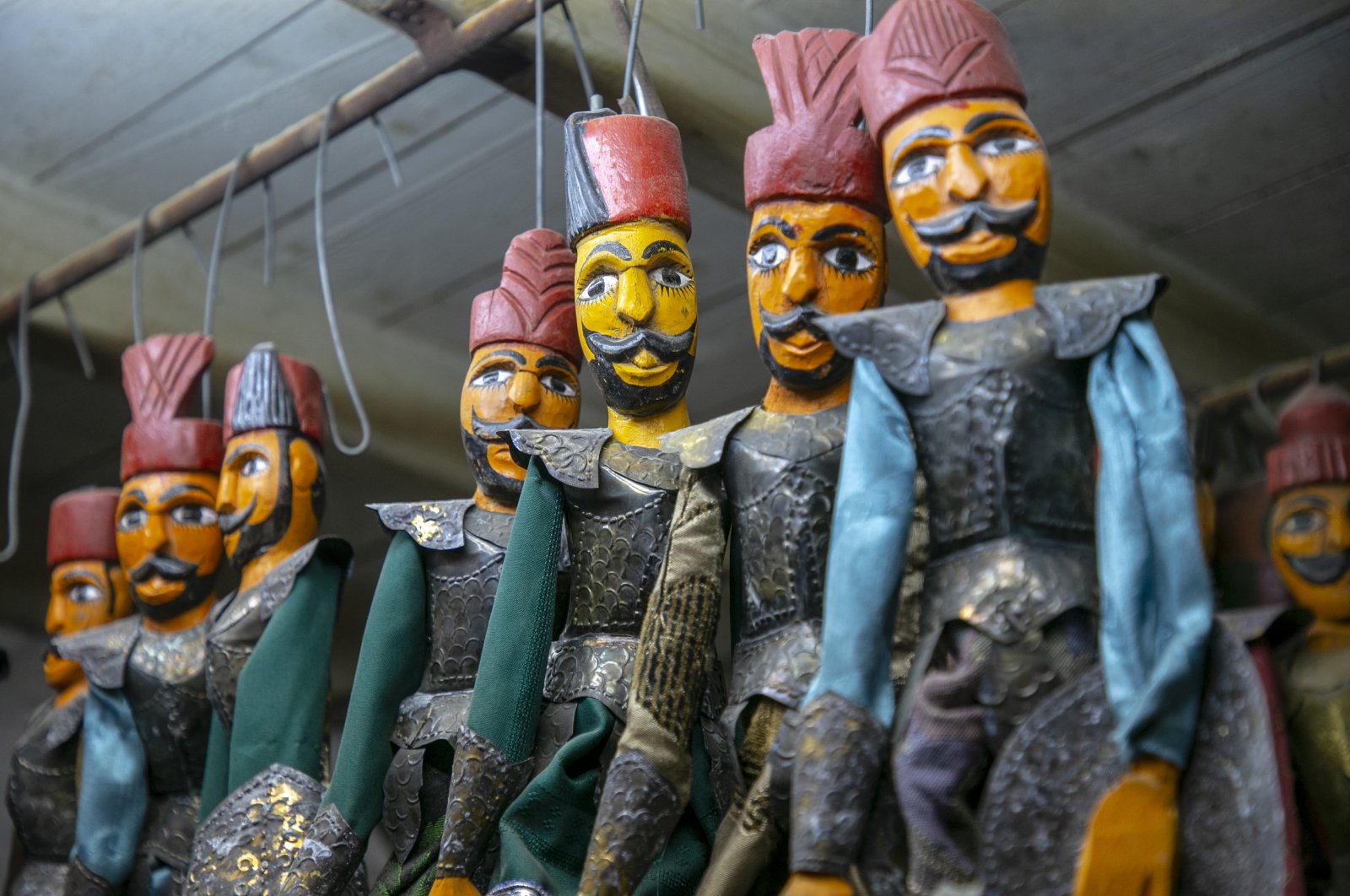 Tunisian brothers Adel and Ismail el-Ashi make wooden puppets depicting Ottoman janissaries, a skill passed down from their father, in their small workshop

Two Tunisian brothers keep alive the tradition of making wooden puppets depicting Ottoman janissaries, elite infantry units in the Ottoman army, in their workshop in the Tunisian capital Tunis. This puppet, which Tunisians call "Ismail Pasha," is considered one of the most famous characters in traditional comedy plays in the history of the country.

Visitors to the small workshop of Adel and Ismail el-Ashi, which comprises of two small rooms in the basement of their house in the La Goulette (known in Arabic as Halq al-Wadi) neighborhood, are greeted by wooden puppets of all sizes depicting Ottoman janissaries. Perched in every corner of the shop are the wooden janissary puppets with handlebar mustaches, copper shields and shiny swords, dressed in clothes and çarıks (handmade sandals).

The el-Ashi brothers told Anadolu Agency (AA) that these puppets date all the way back to the Conquest of Tunis in 1574, which saved the country from Spanish occupation.

The master puppeteers said they strive to keep alive the legacy of their father, who taught the brothers the craft and passed away in 2018.

Adel el-Ashi said their father started making janissary puppets 50 years ago in his workshop in Bab Jedid, an ancient quarter in Tunisia, adding: "My father used to perform improvised comedy plays that satirized the political situation in the country using puppets, including the Ismail Pasha puppets. Ismail Pasha became a sought-after character in these plays in the country, with people quickly developing interest in the puppets."

Adel el-Ashi said that a friend of his aunt helped his father make clothes for the puppets, which is how his parents met, continuing, "my aunt's friend, namely my mother, continues to sew the clothes of the puppets." He emphasized that the puppets are all handmade and the business is a family affair at this point.

Ismail el-Ashi reiterated that the craft runs in the family, adding: "We will pass it on to our children. My father was very devoted to this craft. So, no wonder he named me Ismail. I am proud of this job."

The puppet master brothers stressed that while other puppet makers in Tunisia over time opted to use machines in order to produce more puppets and gain more revenue, the el-Ashis insist on working by hand.

Adel el-Ashi stated that when the puppets are made by hand you can better reveal the lines on the faces and necks of the figures and add more intricate details to the inlays and carvings. Once the woodwork is complete, the face is painted orange and the "Istanbul fez" red, before the copper shields are cut according to the height of the puppet and decorated.

Adel deals with the woodworking and the face and neck of the puppet, while Ismail is in charge of the copper work and their mother sews the clothes. "My father handed over a different skill to each of us," Adel el-Ashi said.

Ismail el-Ashi remarked that they continue their craft despite declining interest in puppetry due to the rise of technology, adding that in addition to puppets, they also do other woodwork such as handmade trinkets according to customer demand.

The Tunisian brothers are proud of their hand-crafted workmanship of wood and copper, in a process that can take hours, even days. The two have already begun training the next generation of family members in order to keep the tradition alive.