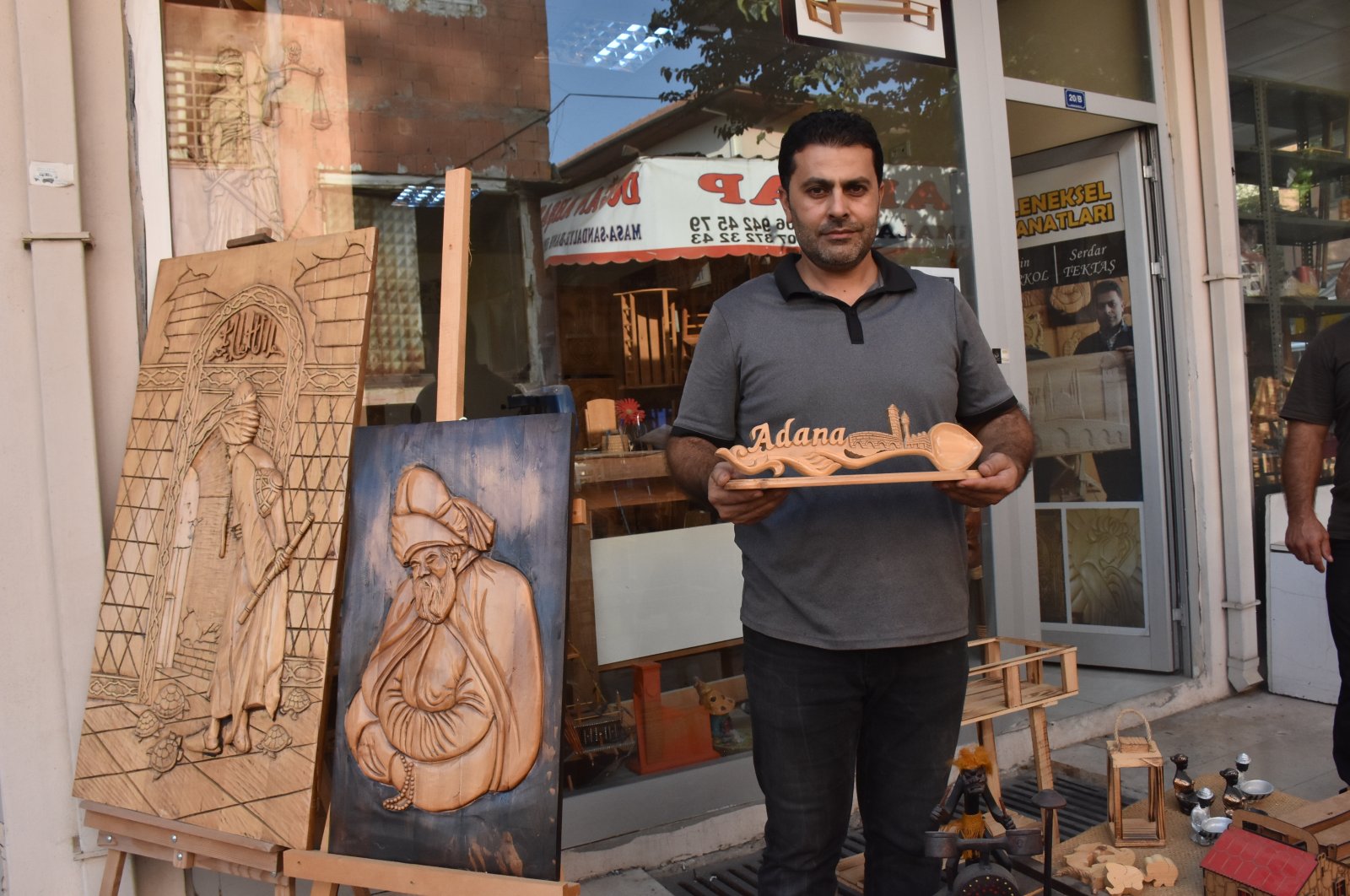 Serdar Tektaş, a professional woodcarver and engraver living in the southern province of Adana, has been chipping away at his works for 30 years, mainly carving Seljuk and Ottoman motifs into wood.

Having started woodcarving at the age of 10, the master craftsman now wishes to pass his art on to future generations.

Tektaş makes wooden engravings and ornaments in his workshop at the historical Büyüksaat Bazaar in central Seyhan district, selling his works both in Turkey and abroad. Opening his workshop in the early hours of the morning and working until late at night, he can carve special patterns on wooden materials on request.

The master also offers courses to those who interested in woodcarving on a voluntary basis and makes efforts to transfer his knowledge and experience to future generations.

In an interview with Anadolu Agency (AA), Tektaş said that his pieces adorned the walls of many places across the city. “We also check on the orders we receive via social media and deliver them to customers by cargo. Even though we had hard times over the course of the pandemic, we have now resumed our community projects,” Tektaş continued.

Aiming to preserve this almost-forgotten craft, Tektaş said: “When we carve and engrave an object, we also consider its emotional aspect. Our goal here is to touch a person’s heart. What matters is to be able to raise that soul. This profession is also a form of therapy. We do not just look at what we do from a commercial aspect. We are trying to sustain the profession of our ancestors from Seljuk and Ottoman times.”

“I still use my former master's tools. I am trying to carry the flag I took from him. All of our works are made with physical labor. I am trying to keep history alive. I often engrave the Big Clock, Stone Bridge, Central Mosque and Varda Bridge – some of the most famous places of Adana," he said.

Explaining that some pieces involved months of work, Tektaş added that he had sold his artifacts to numerous countries, including Saudi Arabia, Germany, Italy and Sweden. “I represent Turkey, which gives me distinct pride,” he told.

Underlining that he would continue to be instrumental in establishing further workshops, Tektaş said: “We may not earn a lot, but actually our wealth is vast in terms of transferring the reflections of Seljuk and Ottoman motifs to wood.”