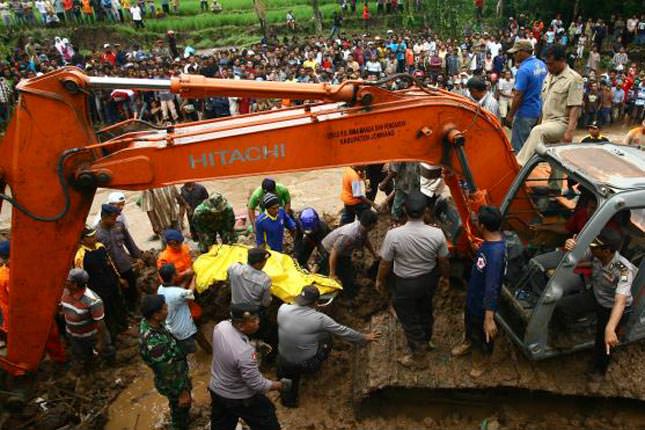 by Feb 25, 2014 12:00 am
At least three people were killed, six seriously injured and four missing in landslides that hit the capital of Indonesia's Papua province. Heavy rain that started on Saturday night triggered floods and landslides in several locations in Jayapura, said Felix Rumyaan, an official at the local disaster management agency.