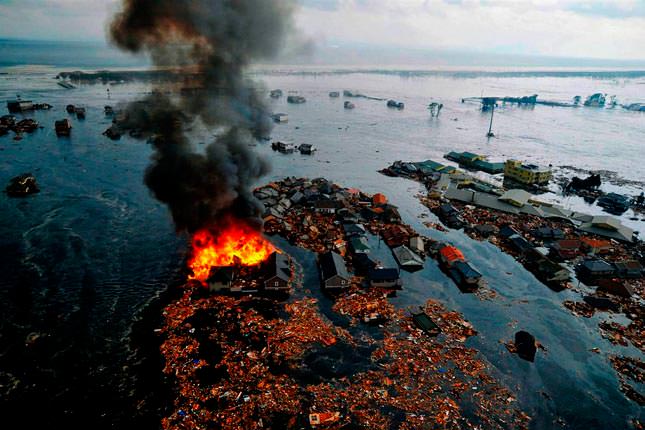 Health complications stemming from Japan's 2011 tsunami have killed more people in one Japanese region than the disaster itself.

Data compiled by officials and police show that almost three years after the huge waves smashed ashore, 1,656 people living in Fukushima prefecture have died from stress and other illnesses related to the disaster, compared with 1,607 who were killed in the initial calamity. "The biggest problem is the fact that people have been living in temporary conditions for so long," Hiroyuki Harada, a Fukushima official dealing with victim assistance stated. "People have gone through dramatic changes of their environment. As a result, people who would not have died are dying," he said. Along with the prefectures of Miyagi and Iwate, Fukushima was one of the worst hit parts of Japan when a huge 9.0 undersea earthquake sent a wall of water barrelling into the coast. The waves swept more than 18,000 people to their deaths across the country, and destroyed entire communities.

Fukushima was also hit with the resulting nuclear disaster after cooling systems at the Daiichi nuclear plant were knocked out, sending reactors into meltdown and forcing the evacuation of tens of thousands of people.

Almost three years on, many people remain displaced, whether because their homes around the power plant have not been declared safe or because rebuilding along the coast has been slow. Officials say that as well as those who died in the early stages of the disaster, through lack of initial care because medical facilities were hobbled, a growing number of people are dying from the physical and mental stress of staying at shelters, including through suicide.