Missing Malaysian plane could be a 'deliberate' act 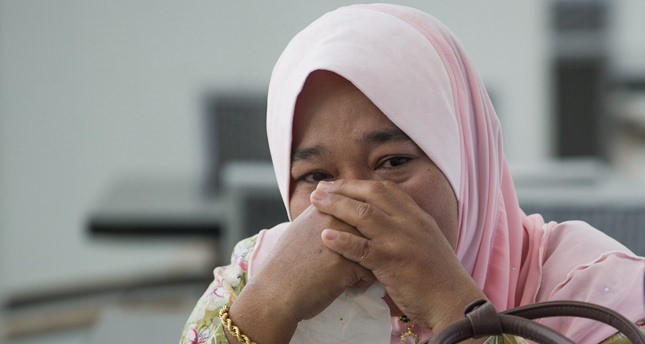 KUALA LUMPUR – The international search for the missing Malaysian jetliner expanded westward Friday toward the Indian Ocean amid signs the aircraft may have flown on for hours after its last contact with air-traffic control nearly a week ago.

A U.S. official told The Associated Press that the Malaysia Airlines plane sent signals to a satellite for four hours after the aircraft went missing early last Saturday, raising the possibility the jet carrying 239 people could have flown far from the current search areas. It also increased speculation that whatever happened to the plane was a deliberate act.

If the plane had disintegrated during flight or had suffered some other catastrophic failure, all signals the pings to the satellite, the data messages and the transponder would be expected to stop at the same time. Experts say a pilot or passengers with technical expertise may have switched off the transponder in the hope of flying undetected.

No theory, however, has been ruled out in one of aviation history's most puzzling mysteries.

The Beijing-bound aircraft last communicated with air traffic base stations east of Malaysia in the South China Sea, which for several days has the main focus of the search. Planes and ships also have been searching the Strait of Malacca west of Malaysia because of a blip on military radar suggested the plane might have turned in that direction after the last confirmed contact.

If the plane flew another four hours, it could be much farther away.

China has urged Malaysia's government to release any information it has regarding the missing Malaysia Airlines jetliner to help narrow the search area.

A Foreign Ministry spokesman, Hong Lei, said at a news briefing that Beijing "urgently appeals" for any information regarding the search.

Hong said that would "help all sides in the search to make their search more effective and accurately targeted."

Indian ships and planes have been searching northwest of Malaysia in the eastern Andaman Sea, and on Friday expanded their search to areas west of the Andaman and Nicobar Islands chain Friday, said V.S.R. Murty, an ındian Coast Guard inspector-general.

The White House said the U.S. may be drawn into a new phase of the search in the vast Indian Ocean but did not offer details. The U.S. Navy 7th Fleet said it was moving one of its ships, the USS Kidd, into the Strait of Malacca.

The U.S. official, who spoke on condition of anonymity because he wasn't authorized to discuss the situation by name, said the Boeing 777-200 wasn't transmitting data to the satellite but was sending a signal to establish contact.

Boeing offers a satellite service that can receive a stream of data during flight on how the aircraft is functioning and relay the information to the plane's home base. The idea is to provide information before the plane lands on whether maintenance work or repairs are needed.

Malaysia Airlines didn't subscribe to that service, but the plane still had the capability to connect with the satellite and was automatically sending pings, the official said.

"It's like when your cellphone is off but it still sends out a little 'ı'm here' message to the cellphone network," the official said. "That's how sometimes they can triangulate your position even though you're not calling because the phone every so often sends out a little bleep. That's sort of what this thing was doing."

Malaysia's Transport Ministry said Friday it could not various verify reports quoting U.S. officials, but said Malaysian investigators were working closely with a U.S. team that has been in Kuala Lumpur since Sunday. Boeing did not comment.

Messages involving a different, more rudimentary data service also were received from the airliner for a short time after the plane's transponder a device used to identify the plane to radar went silent, the U.S. official said.

On Thursday, The Wall Street Journal quoted U.S. investigators as saying they suspected the plane stayed in the air for about four hours after its last confirmed contact, citing engine data automatically transmitted to the ground as part of a routine maintenance program. The newspaper later corrected the account to say the information came from the plane's satellite communication link, not the engines.

Malaysia's acting Transport Minister Hishammuddin Hussein dismissed the initial report. He said Boeing and Rolls-Royce, the engine manufacturer, both said the last engine data was received at 1:07 a.m., 23 minutes before the plane's transponders, which identify it to commercial radar and nearby aircraft, stopped working.