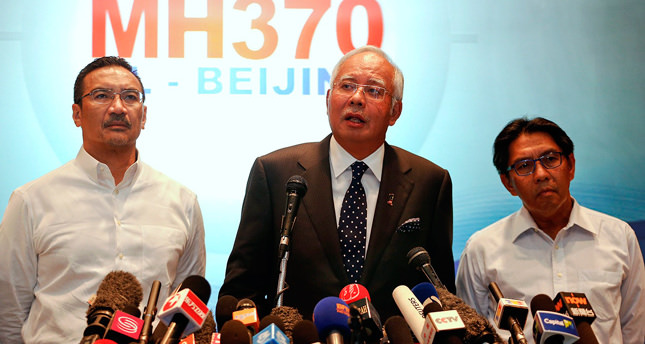 "Its last position was in the middle of the India Ocean west of Perth," Razak said in a statement.

"This is a remote location, far from any possible landing site. It is therefore with deep sadness and regret that I must inform you that according to this new data, flight MH 370 ended in the southern Indian Ocean."

Najib said more details about this new discovery will be presented on Tuesday.

Flight MH 370 was a passenger plane that disappeared on March 8,2014 while en route from Kuala Lumpur to Beijing.