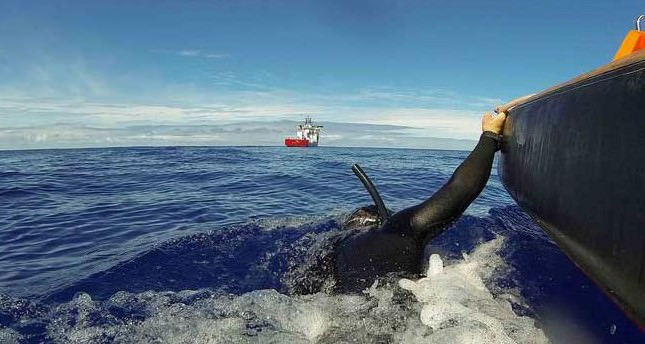 by reuters
Apr 08, 2014 12:00 am
PERTH — Search teams race against time a month after Malaysian jetliner disappeared, as black box batteries run out of life.
An Australian ship which picked up possible "pings" from the black box recorders of a missing Malaysia Airlines jetliner has been unable to detect any further signals.

Angus Houston, head of the Australian agency coordinating the search for Malaysia Airlines Flight MH370, said the month-long hunt in the Indian Ocean was at a critical stage given the batteries in the black box beacons had already reached the end of their 30-day expected life.

Houston said the signals sounded very much like black box beacons and represented the best lead in the search yet, but efforts to pick up the pings again had so far been unsuccessful.

The black boxes record cockpit data and may provide answers about what happened to the plane, which was carrying 227 passengers and 12 crew when it vanished on March 8 and flew thousands of kilometres off its Kuala Lumpur-to-Beijing route.

Authorities have not ruled out mechanical problems as a cause of the plane's disappearance but say evidence, including loss of communications, suggests it was deliberately diverted.

An autonomous underwater vehicle (AUV) named Bluefin-21 is onboard the Ocean Shield and could be sent to look for wreckage on the sea floor, but narrowing the search zone first was critical, Houston said.

Some 133 missions have been completed so far in the multinational aerial hunt for debris in the southern Indian Ocean but have only turned up fishing gear and other detritus.