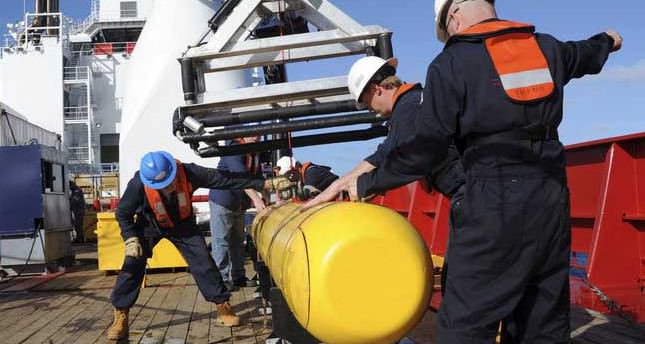 by French Press Agency - AFP
Apr 08, 2014 12:00 am
PERTH — The hunt for missing Malaysian Flight MH370 could soon head to the ocean floor using an autonomous sonar vessel after possible black box signals were detected, the head of the Australian-led search operation said yesterday.

A month to the day since the Boeing 777 disappeared, retired Air Chief Marshal Angus Houston warned that hopes of finding surface debris were fading and that sonic "pings" detected by the Australian naval ship Ocean Shield were the best lead.

The search is now focusing on a 600-kilometre (370-mile) arc of the southern Indian Ocean, far off the West Australian coast.

Houston announced Monday that Ocean Shield had detected underwater signals consistent with aircraft "black boxes," calling it the "most promising lead" so far.