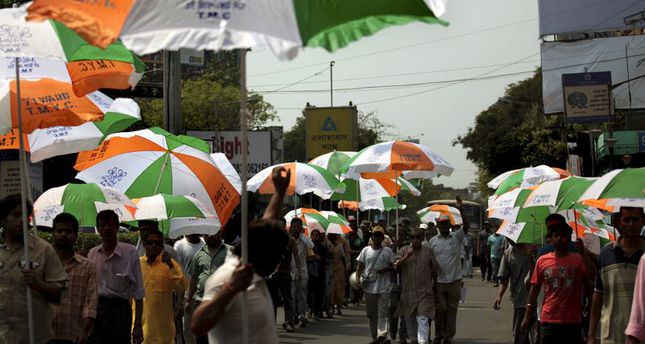 by AA Apr 13, 2014 12:00 am
NEW DELHI — The fourth phase of the Indian national election witnessed an impressive voter turnout Saturday. In the three northeastern states of Assam, Tripura and Sikkim and the coastal western state of Goa the polls by mid-afternoon were registering turnouts of above 50 percent.

Heavy security arrangements were in place as India's northeast is home to a number of separatists groups who in the recent past have boycotted polls.

The hotly contested election is being fought in nine phases from April 7 to May 12 around the key issues of corruption, inflation, unemployment, anti-incumbency and secularism with the election results expected to be announced May 16.

Around 815 million registered voters are expected to cast their ballots, an increase of 100 million new voters on the 2009 election.