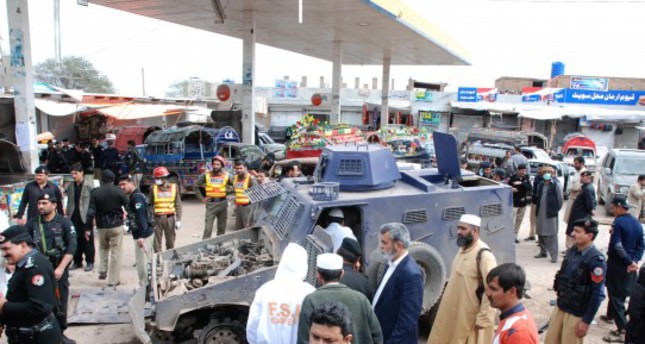 by AA
Apr 13, 2014 12:00 am
ISLAMABAD — Five insurgents including a key commander were killed on Sunday in a security forces operation in the Pakistani city of Peshawar, officials said.

Security forces launched the operation on a tip-off in a mountainous area in the suburbs of Peshawar, the capital of the northwestern province of Khyber Pakhtunkhwa, bordering Afghanistan.

The operation killed five militants belonging to the notorious Jangrez group, a senior security official told The Anadolu Agency on the condition of anonymity.

The group is said to be an affiliate of the Tehrik-e-Taliban Pakistan, which is a conglomerate of different insurgent groups in the country.

The Tehrik-e-Taliban Pakistan has been locked in a ceasefire with security forces since March 1.
Last Update: Apr 13, 2014 4:52 pm