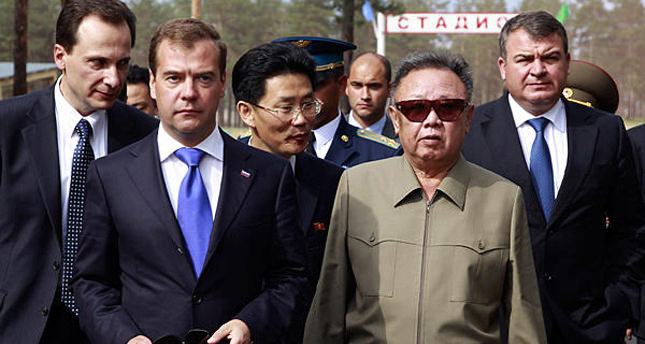 by reuters
Apr 19, 2014 12:00 am
MOSCOW — Russia's parliament has agreed to write off almost $10 billion of North Korea's Soviet-era debt, in a deal expected to facilitate the building of a gas pipeline to South Korea across the reclusive state.

Russia has written off debts to a number of impoverished Soviet-era allies, including Cuba. North Korea's struggling communist economy is just 2 percent of the size of neighboring South Korea's.

The rest of the debt, $1.09 billion, would be redeemed during the next 20 years, to be paid in equal instalments every six months. The outstanding debt owed by North Korea will be managed by Russia's state development bank, Vnesheconombank.

Russia's Deputy Finance Minister Sergei Storchak told Russian media that the money could be used to fund mutual projects in North Korea, including a proposed gas pipeline and a railway to South Korea.

The two Koreas remain technically at war and are separated by one of the world's most militarised frontiers. Parts of the international community have been seeking to re-engage with North Korea amid hopes that the reclusive state's government would seek ways to end years of isolation and poverty.

Moscow has been trying to diversify its energy sales to Asia away from Europe, which, in its turn, wants to cut its dependence on oil and gas from the erstwhile Cold War foe. Moscow aims to reach a deal to supply gas to China, after a decade of talks, this May.