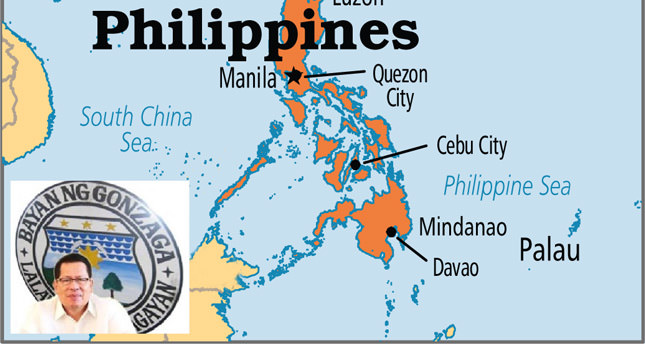 by AA Apr 21, 2014 12:00 am
MANILA — A mayor in the northern Philippines and his two bodyguards were shot dead Monday by attackers, suspected to be communist rebels.

In the ensuing firefight the assailants, thought to number around 15, escaped, only to be pursued by local police.

Mayor Carlito Pentecostes Jr. and his bodyguards died on the spot, according to police chief Gregorio Lim.

Lim told media that police were looking into the possibility the deaths were related to opposition to mining activities in the northern Cagayan province.

The Communist Party of the Philippines (CPP) has been fighting a rebel insurgency in the north of the country for around 45 years.

They target government forces and mining companies, accusing them of failing to improve poor people's livelihoods.

Authorities captured two CPP leaders, Benito Tiamzon and Wilma Austria Tiamzon, March 22 on Cebu, an island in the country's center, while Andrea Rosal, another CPP leader and the daughter of former New People's Army (NPA) - the armed wing of the CPP - Spokesman Roger Rosal was arrested soon after in Caloocan City, northeast of the capital Manila.

Benito is the head of the CPP and the NPA, while Wilma heads the CPP's national finance committee.

Over the next few weeks, the NPA launched revenge attacks against the country's army, leaving several soldiers dead and many more wounded.