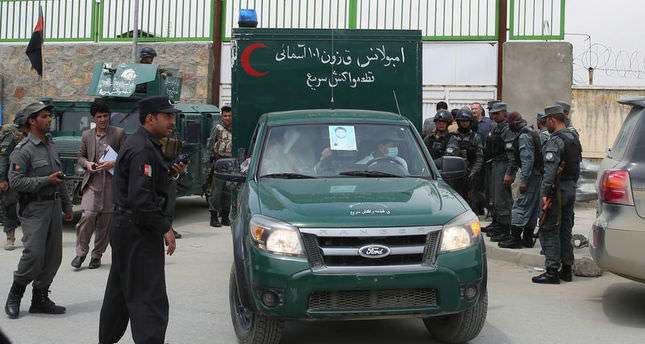 by Apr 24, 2014 12:00 am
KABUL — Three Americans were killed on Thursday when a security guard opened fire at a Kabul hospital funded by a U.S. Christian charity, in the latest of a spate of attacks on foreign civilians in Afghanistan.

Attacks on security forces, Afghan civilians and Westerners have been on the rise since the beginning of the year, as Western forces prepare to leave the country and Afghans choose a new president.

"We can confirm three Americans were killed," said a U.S. embassy official, without providing further details. A fourth American was wounded, the Afghan Health Ministry said.

The attacker, a policeman employed as a security guard at the Cure Hospital, was captured, the ministry said. The Taliban have claimed responsibility for similar attacks this year, but made no comment about Thursday's shooting.

Those killed included a doctor, and a father and son visiting the hospital, Health Minister Suriya Dalil said.

The assault on the journalists came shortly after an Afghan journalist with the Agence France-Presse news agency was killed alongside eight other people when Taliban gunmen opened fire inside a luxury hotel in the center of Kabul.

Also in March, a gunman shot dead Swedish journalist Nils Horner, 51, outside a restaurant in Kabul.

Eight Afghans and 13 foreigners were killed in January when a Taliban suicide bomber and gunmen attacked a restaurant in Kabul's diplomatic district.